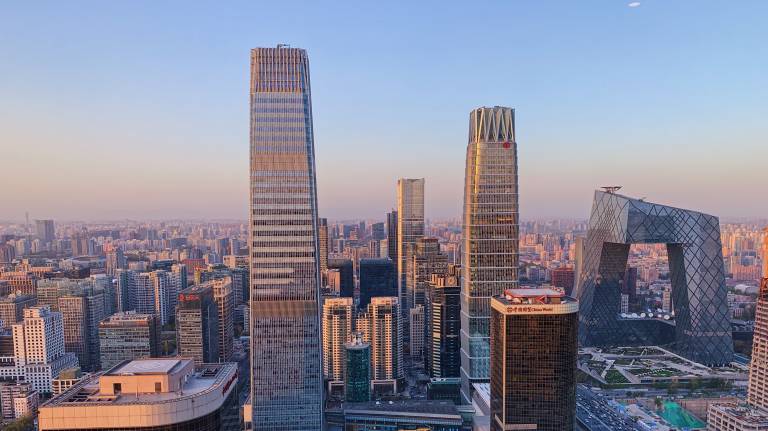 The trio’s paper Economic development and converging household carbon footprints in China has been published in Nature Sustainability.

The study aims to provide information to help policy makers understand some of the interactions and tradeoffs among measures targeting inequality, poverty and climate change mitigation. They did this by applying an environmentally extended multiregional input-output approach to estimate household carbon footprints for 12 different income groups across China’s 30 regions.

The paper found that carbon inequality declined with economic growth in China across space and time in two ways: first, carbon footprints were more similar in the wealthier coastal regions than the poorer inland regions: second, China’s national carbon footprint Gini Coefficients declined from 0.44 in 2007 to 0.37 in 2012.

Dr Zhifu Mi commented, “The size of the carbon footprint varies across income groups in China. Wealthier people have higher carbon footprint, so households have common but differentiated responsibilities in mitigating climate change. Policymakers need to pay more attention to inequality at the household level and design climate change mitigation actions with the poorest segments of society in mind.

Our results show that economic growth contributes to an overall reduction in carbon inequality in China. There might be idiosyncratic and context-specific differences among developing countries, but the insights we gained achieving further decarbonization through changing the energy mix, improving carbon efficiencies in production and changes in consumption patterns hold for other countries as well.”

What are the main findings?

Prof D’Maris Coffman is the Director of The Bartlett School of Construction and Project Management and Professor in Economics and Finance of the Built Environment at the Bartlett. Coffman’s current research interests span financial history, infrastructure economics, construction economics, historical property development and climate change economics and finance.

Dr Zhifu Mi is a Lecturer at The Bartlett School of Construction and Project Management, with research interests in the area of climate change economics and energy policy. He has published over 50 papers in peer-reviewed journals and serves as an Executive editor of the Journal of Cleaner Production. He was awarded the 2018 World Sustainability Award and named in Forbes 30 under 30.

Dr Jing Meng is a Lecturer at the Bartlett School of Construction and Project Management, with research interests in the area of climate change and air pollution policies including theories and modelling of environmental economics, energy innovation and sustainable consumption and trade policies. 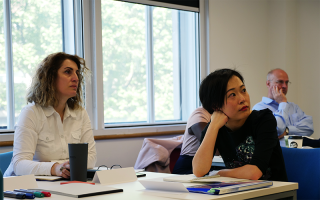 Events in our School research seminar series address topics related to management and economics in the built environment.

Highly regarded academics from around the world are invited to present research related to the built environment, management and economics to a diverse audience