We're delighted to have hosted our first keynote lecture of the year on the theme 'Resilience' with Honorary Professor Tim Stone. The session was chaired by Head of School, Professor D'Maris Coffman. 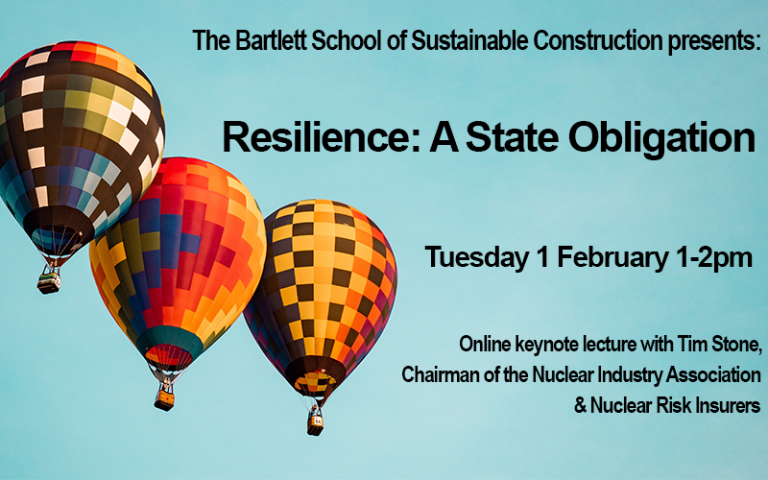 On Tuesday 1 Feburary BSSC delivered its first keynote lecture of the year ‘Resilience: A State Obligation’. The event was led by Honorary Professor Tim Stone CBE. Tim is the Chairman of the Nuclear Industry Association and also the Chairman of Nuclear Risk Insurers. The session was also chaired by School Director, Professor D’Maris Coffman. The event examined what is meant by, and the need for resilience in infrastructure, as well as the consequences of failure.

The lecture covered the way that governments have progressively neglected what are their ultimately inescapable obligations, without necessarily having intended to do so. It also drew on examples from across infrastructure; including transport, water and energy, while examining failures in governance, failures in accountability and the consequences for a future low-carbon economy.

Tim commented: “I was honoured to give the first keynote lecture in the series on a topic which needs to be at the very heart of infrastructure thinking both in terms of the jobs and investment opportunity, but mainly because of the impact our decisions make on the future livelihoods, prosperity and happiness of our children and grandchildren. Recognising that the State creates very long-term obligations and consequences from their decision-making should be one of the fundamental principles of legislators and through that their duty to ensure regulators are kept fit for purpose.”

D'Maris commented: "We are delighted to have been able to host this event and are very grateful to Tim for his ideas and insight, drawn from years of industry and government experience, on how to build state capacity to enable infrastructure resilience, especially given the scale of the challenges presented by the climate emergency. His speech was thought-provoking, entertaining, and deeply relevant. I hope that those of you who missed it in live will take the opportunity to listen to our recording of it."

Thank you to everyone who took part. If you were not able to attend, a recording of the event is available to watch here. 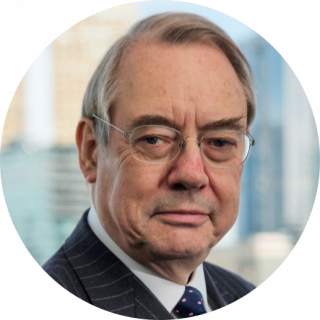 Tim is the Chairman of the Nuclear Industry Association and also the Chairman of Nuclear Risk Insurers. He is a non-executive member of the Arup Group Board where he chairs the Audit Committee and is a member of several other committees. From 2014-2021 he was a non-executive director of Horizon Nuclear Power and was, until March 2019, a member of the Wylfa Newydd site licence company board and chaired the Risk and Audit Committee for the Horizon Board.

His previous career was as the Chairman and founder of KPMG’s Global Infrastructure and Projects Group. During this time he was a member of DEFRA’s Sustainable Procurement Taskforce and a member of London First’s Infrastructure Commission and he led the Rail Review in 2004 for the Department of Transport and H.M. Treasury.

A recording of the lecture is available to watch online.

Watch our video to find out more about us.