Jacques Matta, an alumnus of the school, leads Baytna Baytak’s reconstruction team who are rebuilding damaged houses and providing housing for displaced citizens and healthcare workers after the devastating Beirut blast of August 4th 2020. 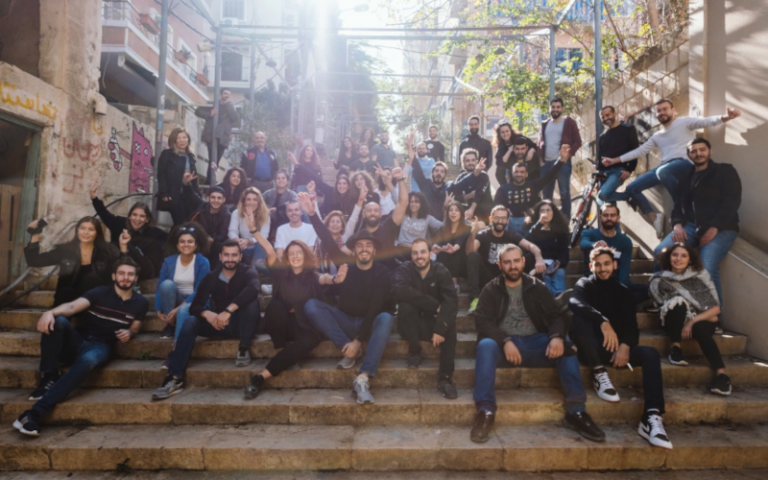 Baytna Baytak a grassroot NGO, started in a parking lot under tents with little resources, no funding and chaos all around them. Over the past year the initiative has grown and in a time of crisis they have been able to create more than 600 jobs and come together to rebuild their city. To date they have renovated more than 1,000 houses and businesses that were damaged in the blast.

Their work started the morning after the Beirut blast, as Basecamp, a coalition of four entities was created and with the help of hundreds of volunteers they assisted the people affected by the blast. The partnership which believed ‘Together we’re stronger’ allowed them to unite human resources and expertise to clean the streets of Beirut, recycle the shattered glass, offer psychological and medical help, and dispatch food boxes. After the streets had been cleaned the second priority was to secure the houses by repairing windows and doors before the winter and rebuild Beirut.

““In order to rebuild, we had to put emotions aside and focus on an aligned mission. Without any handbook we had to organise our way through the destruction and think of ways to build with less. Our goal is to aim for quick delivery and full transparency” said Jacques Matta who is the Head of Reconstruction at Baytna Baytak, and a graduate of the Construction Economics & Management MSc.

They first opened carpentry and glass cutting workshops in the parking lot which facilitated the quick fix of partially broken windows and shutters and subcontractors used the “inhouse glass” which reduced the construction cost.

The ongoing financial crisis pushed them to rebuild while creating impact. They reached out to contractors from all around Lebanon which helped them to finetune their procurement, get better prices and identify quality-contractors. To date they have hired 68 contractors, generating more than 600 jobs to rebuild the city.

Baytna Baytak also partnered with Fieldwire, a construction management software that assured the centralisation of construction information and facilitated report generation to donors. The processes set and the technology implementation were essential for the development of the team members who at first were sceptic but then got familiar and embraced the benefits of these tools including data software like Salesforce.

A current student at UCL, Georges Rabbath, has also been part of Baytna Baytak’s reconstruction effort as a site engineer.

As part of the rebuilding of the city a very interesting project is coming into place, the renovation of a heritage building and turning it into a sustainable community centre with a public library and a cultural and learning centre. In a time where education in Lebanon has become a luxury, this project aims to create a space for free education and discussion.

“This initiative was started by strangers who were volunteering for their country. Young people that had no experience whatsoever in this type of situation. We learned from each other, we pushed ourselves to get better. We failed, adapted, failed again, pivoted, again and again, to finally succeed.” 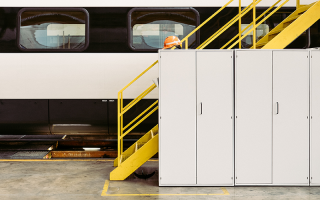 The Construction Economics and Management MSc equips graduates with the economics and management skills to analyse the problems which confront senior managers, policy advisers and decision-makers in any branch of the construction industry.

Find out more about the Construction Economics and Management MSc