brickonomics extra: Construction strategy – the case for more focus on aims and less on targets

A new instalment of brickonomics extra - a guest blog from construction commentator Brian Green - on the latest book by School honorary professor Stephen Gruneberg, A Strategic Approach to the UK Construction Industry 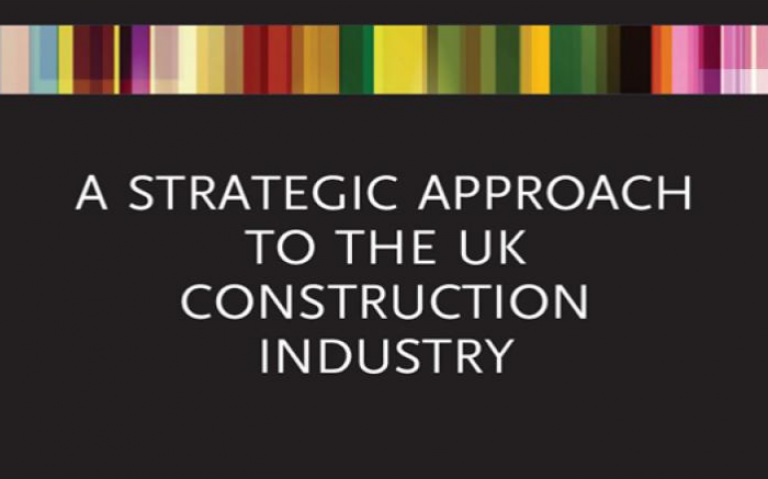 Construction is under deep scrutiny, tested in high-profile inquiries and facing growing hostility in the court of public opinion. A growing list of words, operating like Twitter hashtags, evoke a dark side to construction: “Grenfell”, “Carillion”, “Crossrail”, “Interserve” and “bonus”, “leasehold” or “quality” when linked to major house builders.

It’s not just that the project management “iron triangle” of money, time and quality is so regularly shattered. Construction’s failings are costing lives and livelihoods. Many within the broad church of construction are disturbed. Not just by the pain and suffering inflicted, but because so much of the dysfunctional behaviour was foreseeable.

It is into this context that the latest book by The Bartlett School of Construction and Project Management’s honorary professor Stephen Gruneberg, A Strategic Approach to the UK Construction Industry, was launched last month (March 2019) in the Houses of Parliament.

It formed the basis for the Smith Institute’s third in a series of seminars on “What Needs to Change”. The belief that construction needs radical and urgent change is widespread, but not new. The list of deep-dive reports into construction over the past 80 years is long, in recent years supplemented by a raft of government strategies, which Gruneberg criticises for their focus on seemingly arbitrary targets.

His contribution is not a fully-formed strategic blueprint, rather a contribution to the debate. But, by unpicking the primary economic drivers that help explain the behaviour of construction firms and the industry, he puts forward policy proposals.

Among his proposals, he argues for erecting barriers to entry for contractors, encouraging higher wages and establishing a ministry of construction to ensure joined-up thinking. To those wedded to free-market solutions, they may seem radical. Though taking a wider view, they sit comfortably within mainstream economic thought and Gruneberg offers a solid case.

He highlights the problems of very low margins made by construction firms, primarily main contractors. Even a glance at annual accounts quickly reveals cause for concern. Ignoring Carillion, profits of four of the top 10 UK contractors are net negative over the past four years. A further two made a loss in at least one of those four years. This, when construction activity was growing.

Gruneberg argues it is too easy to set up as a contractor. There is relatively little capital investment and work is subcontracted out. It is a cashflow business, often working on negative capital employed (owing its supply chain more than it is owed), where maintaining if not boosting turnover becomes critical to survival. This means competition to win work can quickly become cutthroat and bids suppressed below that which is deliverable without loss.

When the market declines, suicidal bidding is commonplace if not inevitable, as firms scramble to maintain cashflow. Even in good times, when a project goes awry, as they frequently do, payments to subcontractors are paid late, withheld, reduced or not paid at all on often spurious grounds. This dysfunctional behaviour is well known. Despite numerous efforts it remains.

The summary of the House of Commons' joint committees report into the Carillion collapse opens thus:

Carillion’s rise and spectacular fall was a story of recklessness, hubris and greed. Its business model was a relentless dash for cash, driven by acquisitions, rising debt, expansion into new markets and exploitation of suppliers.

Gruneberg argues that legislation is needed that limits those able to trade, with entry based on quality and competence. The aim would be to encourage competition based on good practice rather than lowest price and to foster more confidence to invest in and embrace technology and innovation and raise productivity.

To further boost productivity, he suggests minimum wage levels for skills. This would have multiple effects – encouraging training and investment in the workforce, spending on labour-saving technologies and processes and in turn making construction a more attractive career option.

This may seem counterintuitive or counterproductive to some, but his thinking is in line with mainstream economics. If you shift the balance of labour and capital, making labour more expensive, firms are encouraged to invest in equipment to reduce the labour input.

A central concern of Gruneberg is that the scale and economic impact of construction is not fully appreciated. The economic contribution of the broad construction industry is far larger than the 6% often quoted for the industry (see previous blog). Furthermore, its role in shaping the fabric of any modern nation is critical.

He argues its importance justifies a Ministry of Construction, to oversee and co-ordinate the industry. Its remit would be to cover the broad industry embracing not just contracting, but materials suppliers, professionals and other related sectors.

The most obvious counter to the package of suggestions presented by Gruneberg is that it would push up the cost of construction and make buildings more expensive.

But the economics of car manufacturing or the production and distribution of fast-moving consumer goods, does not apply directly to construction. Raising construction costs does not necessarily translate to inflation in the price of a house or office building or in property rents.

Unlike cars and toothpaste, buildings have a deep relationship with land, or rather location. Their market value is more determined by where they are than what they are - their market price being set by competition with the existing structures not how much they cost to build.

The residual land value model is a primary determinant of what is built, where and at what cost. The selling price or rent for a proposed building is set by the price or rent of comparable buildings at or near the location. In effect, if it costs more to build, the landowners get less for the land or don’t sell.

There is, however, every reason for cost-efficient building, but any fundamental shift to a more efficient industry will not be short term or be found in suppressing wages or builders’ margins.

Many if not most in the industry see the need to set construction on a new path, where quality and cost efficiency and timescales are greatly improved. The question is how.

Gruneberg’s book adds to this debate. 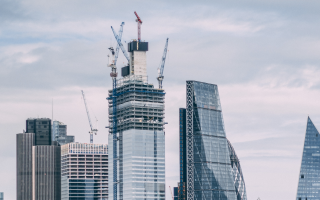 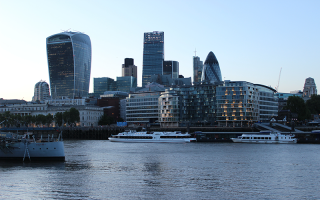