Kay Hughes, part time CPM MSc Infrastructure Investment and Finance student, is part of the all-women team winning the NIC’s competition for designs to expand the Oxford to Cambridge corridor. 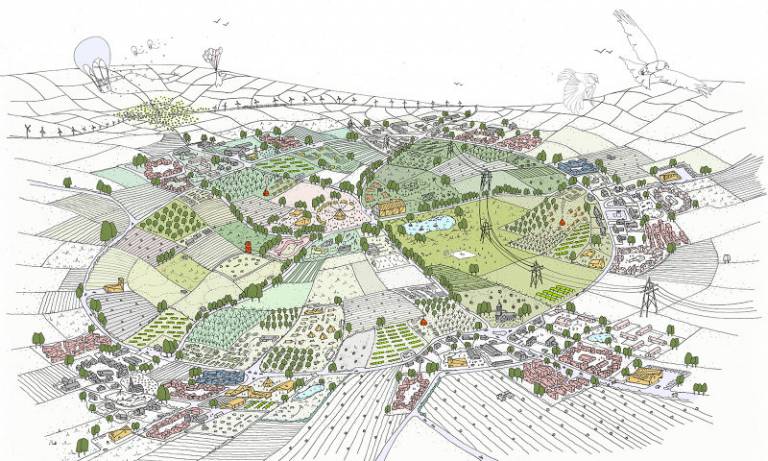 In November 2017 a team - including architect and part time MSc Infrastructure Investment and Finance student Kay Hughes - were announced as the winners of the National Infrastructure Commission (NIC)’s Ideas Competition for an expansion of the Oxford to Cambridge corridor.

The competition called for concepts to accommodate significant population and economic growth along the knowledge corridor spanning Cambridge, Milton Keynes, Northampton and Oxford.

Kay is the founder of design and planning consultancy Khaa, and joined CPM’s MSc IIF with extensive experience in client side design for major projects. Kay says:

“The insights from the Masters course run by Dr Aris Pantelias - which engages with innovative high level practitioners underpinned by rigorous academic theory - has been central to developing our ideas and thinking.”

The NIC is an independent body with cross-party support that provides advice to government on infrastructure policy and strategy. For the Ideas Competition, the NIC sought proposals for built environment developments that could help meet the housing and transport needs of the area, while preserving the corridor’s cultural and environmental character.

Only four entries were shortlisted from a number of 58 teams who responded to the initial open call. VeloCity was selected as the winning proposal following finalist interviews in November 2017.

Having met during international women’s cycling events, the VeloCity team share an interest in designing non-motor dominated places, as well as cycling and other transport alternatives to car use. Along with Kay, the team consists of Jennifer Ross of Tibbalds, Annalie Riches of Mikhail Riches, Sarah Featherstone of Featherstone Young, and Petra Marko of Marko & Placemakers.

The four finalist teams will receive an honorarium of £10,000 to develop their initial submission. VeloCity’s ideas will be showcased as part of a conference and public exhibition planned for early 2018, alongside the other three finalists: Mae, Fletcher Priest and Barton Willmore.

This innovative MSc considers the perspectives of procuring infrastructure as well as providing the private finance to deliver the required investments to close the infrastructure gap.

With a strong commercial focus, this course provides candidates with a well-balanced mix of economic and financial theory as well as industry practice, including modules exploring