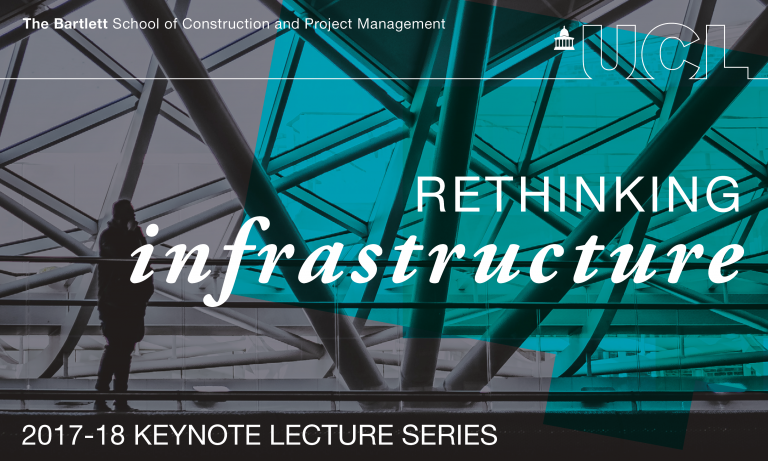 The Bartlett School of Construction and Project Management
bscpm.comms@ucl.ac.uk

The Bartlett: UCL's Faculty of the Built Environment

Political, Economic and Technological Forces that have Shaped the Construction Industry: Challenges and Potential Opportunities

The resulting industry structure of firms and labor markets has responded to these trends in ways that have contributed to the stagnation of labor and total factor productivity since the 1950s, relatively poor cost, schedule and safety performance, and significant barriers to systemic innovation in what is often the second largest industry—after health care for an aging population—in many developed countries.

This lecture traces some of the key forces that have shaped the industry into its current vertically, horizontally and longitudinally fragmented form and provides some thoughts about how emerging technologies and business strategies that embrace them can overcome some of the inefficiencies and problems the current industry structure has created and perpetuated.

The lecture will begin at 18.30 and will be followed by a networking reception from 19.30.

Prof Levitt teaches classes and conducts research on organization, governance and entrepreneurship in construction in Stanford's Sustainable Design and Construction program. Prof Levitt founded and directs Stanford’s Global Projects Center (GPC), which conducts research and executive education focused on the financing, governance and sustainability of global building and infrastructure projects. In 2017, he launched a new GPC initiative to explore and create disruptive business opportunities arising from the collection, integration and analysis of “big data” from multiple, public and private sources in emerging “Digital Cities”.

Prof Levitt was elected as a Distinguished Member of the American Society of Civil Engineers and a Member of the US National Academy of Construction. He served as Chair of Stanford’s Faculty Senate from 2012-13.