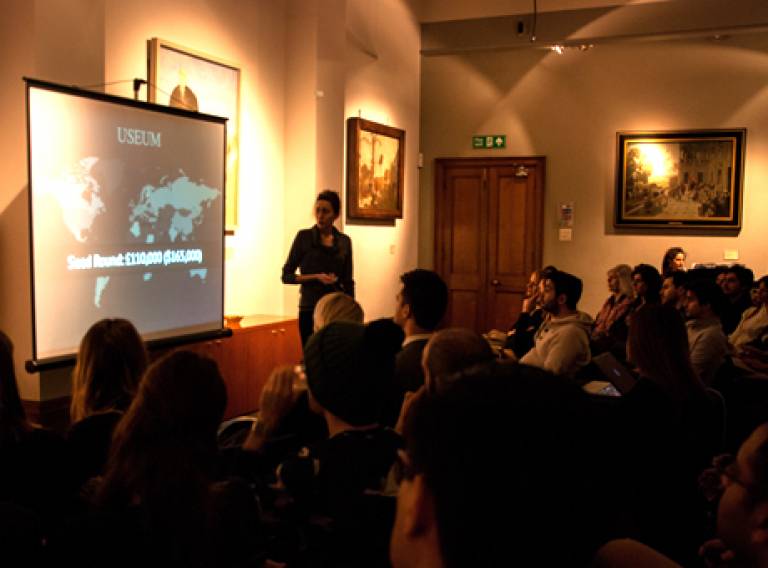 USEUM, the latest innovation out of The Bartlett Centre for Advanced Spatial Analysis (CASA) and Digital Humanities at UCL, celebrated its official launch on Monday at UCL’s prestigious Wilkins Haldane Room with wine and a live piano & cello music performance.

The event started with a presentation by USEUM’s founder Foteini Valeonti on the progress “The crowd-sourced museum of art” has made since it won the first prize at Athens Startup Weekend organised by Microsoft Innovation Center in February of 2012. 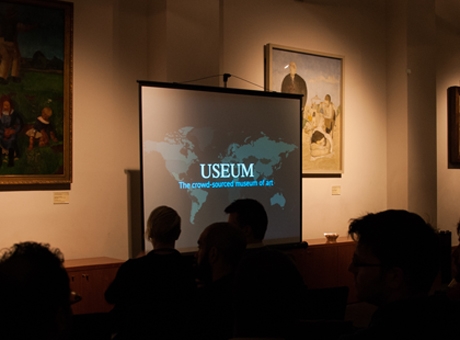 Foteini announced USEUM’s recent seed funding round, during which USEUM raised £110,000 reaching the valuation of £1M.

USEUM currently features 4,279 artworks by 332 artists from 68 countries worldwide, whilst its most anticipated features, according to Foteini, are yet to come i.e. the USEUM Gift Shop and USEUM’s augmented reality application for mobile. Both features are expected in April.

The presentation was followed by a live music performance by The Amalgamation project (Vasiliki Anastasiou vocals, piano and Cassandre Balosso-Bardin cello, recorder) accompanied with plenty of food and wine. For nearly two hours, more than 70 attendees, joined in to celebrate the progress of the UCL Advances incubated company. 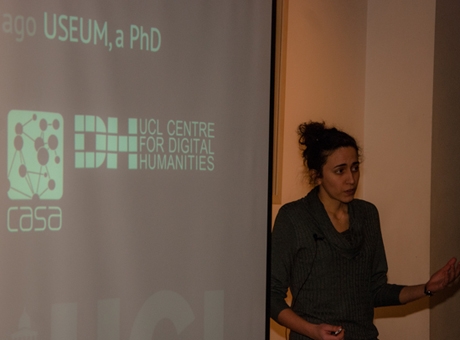 Honorary guests were Dr. Andrew Hudson-Smith, lead supervisor of the project, and USEUM artists Peter Strobos from the Netherlands, Zabrina Holmström of Sweden and Nansy Charitonidou from Greece.