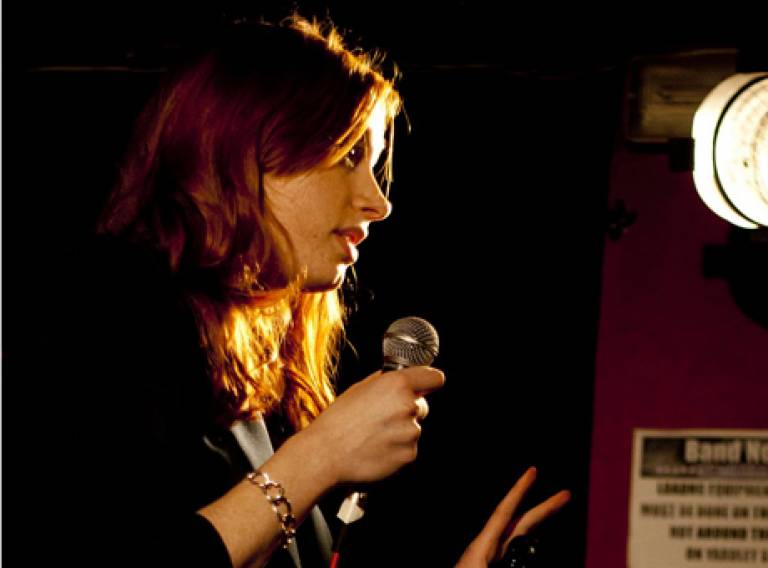 CASA'S Dr Hannah Fry (Lecturer in the Mathematics of Cities) was named the winner of this year's Provost's Public Engager of the Year award on Wednesday 30th January.

The awards are now in their fourth year, and are designed to recognise the work that UCL's staff and students are doing to open up at the university - creating two way conversations with the public. This is especially pleasing as it's the second year CASA has won (Steven Gray received the award last year).

The competition was notably strong as its a cross UCL award - Hannah was nominated for her broad portfolio of public engagement activities -  including schools outreach, public lecturing, cafe scientifique, stand up, broadcasting, podcasting and charity work - which sit at the core of her practice as an academic.

The board recognised Hannah's commitment to engaging people in the abstract beauty of mathematics and its utility in our complex world, making communicating research and the ideas of her field central to her academic career. They also noted her eye for evaluation and efforts in continually developing and improving her approach, based on ongoing learning. 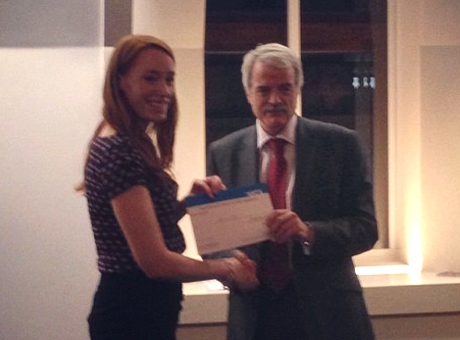 The event was hosted by Vice-Provost Michael Worton at the Royal College of General Practitioners, with Provost Malcom Grant awarding the prizes.