For our second CASA Drones4Good workshop in a week, the team joined the Here East Summer School at the Queen Elizabeth Olympic Park. 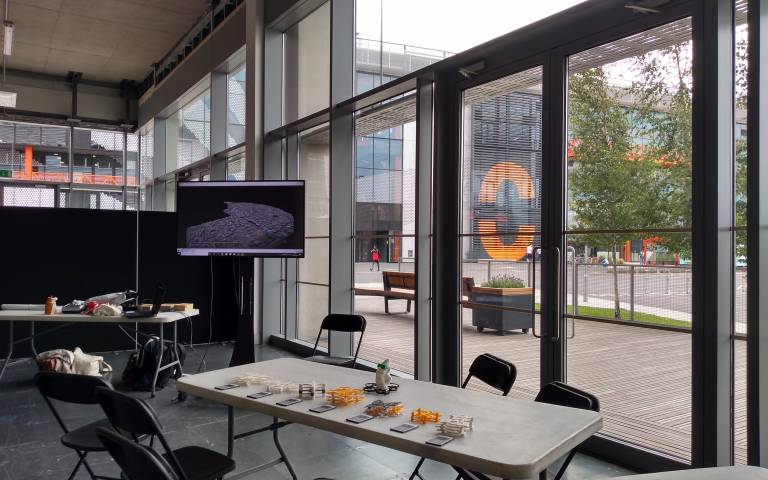 Drones4Good runs one-day interactive workshops demonstrating how mainstream tools such as drone technology can be used in positive ways, such as capturing and mapping the environment. By designing, building & flying the drones the students explored the ethical considerations of using drone technology.

This time, Richard Milton made “top trumps” cards for all of the drone frames to give the students something to think about when choosing one. The categories for the cards were: mass, flying difficulty, building difficulty, crash resistance and design aesthetics. 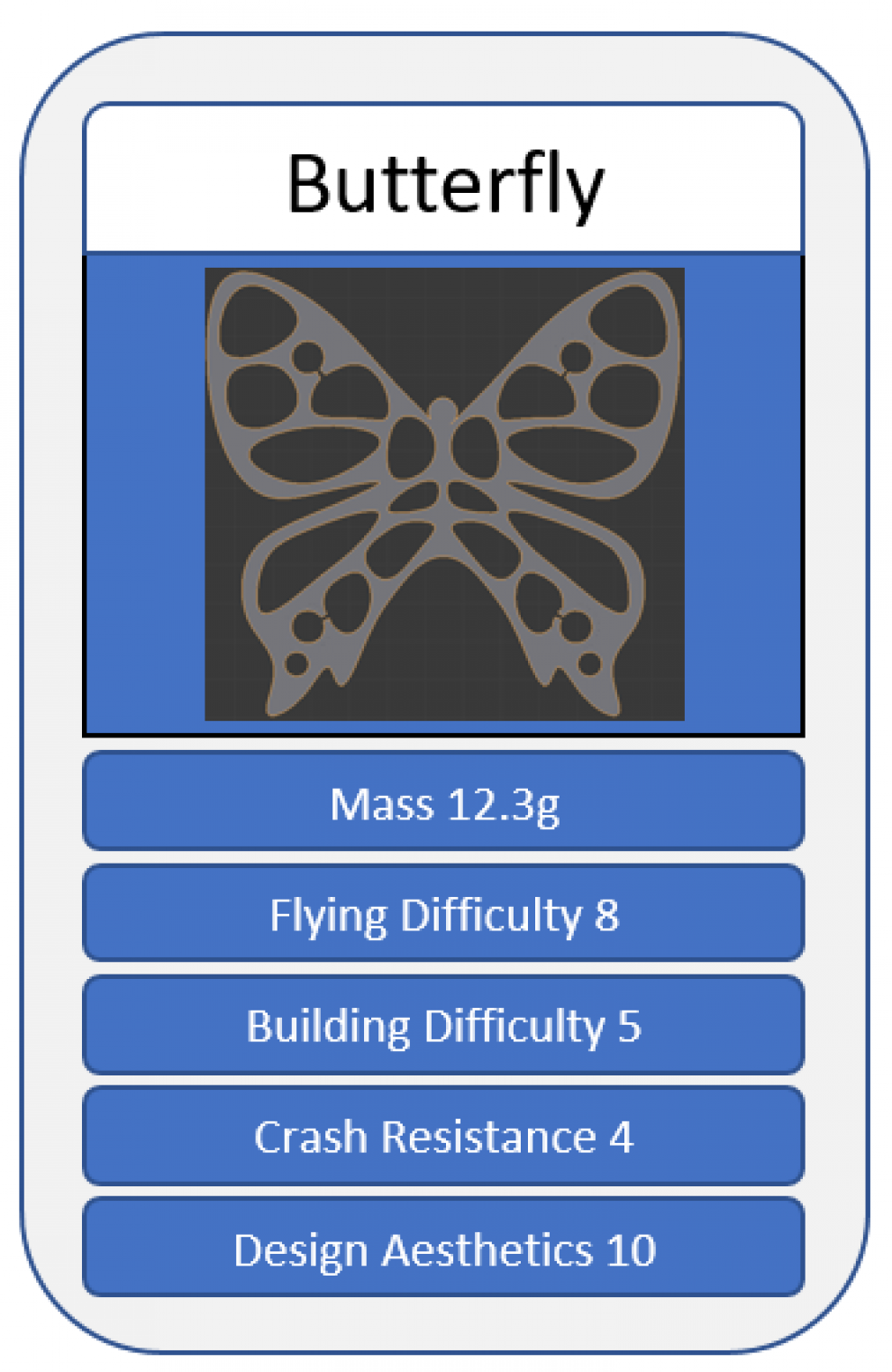 The area for flying was the biggest the team has ever had to work with, with a high ceiling to match. You can see a fly through on YouTube here.

This height and space meant that most of the flying and crashing was complete carnage. The grey end wall was responsible for disposing of most of the spare propellers, while the extra height just meant gravity could do more work before it hit the floor. Also, the floor was made from some kind of metallic tiles, so the motors would often find themselves stuck to it! It didn’t seem to affect the quadcopters’ initial calibration, though, as they all flew fine. However, this is the first workshop where the team have seen the quadcopters hitting the floor hard enough to smash the motor cases – usually they just damage the wiring. 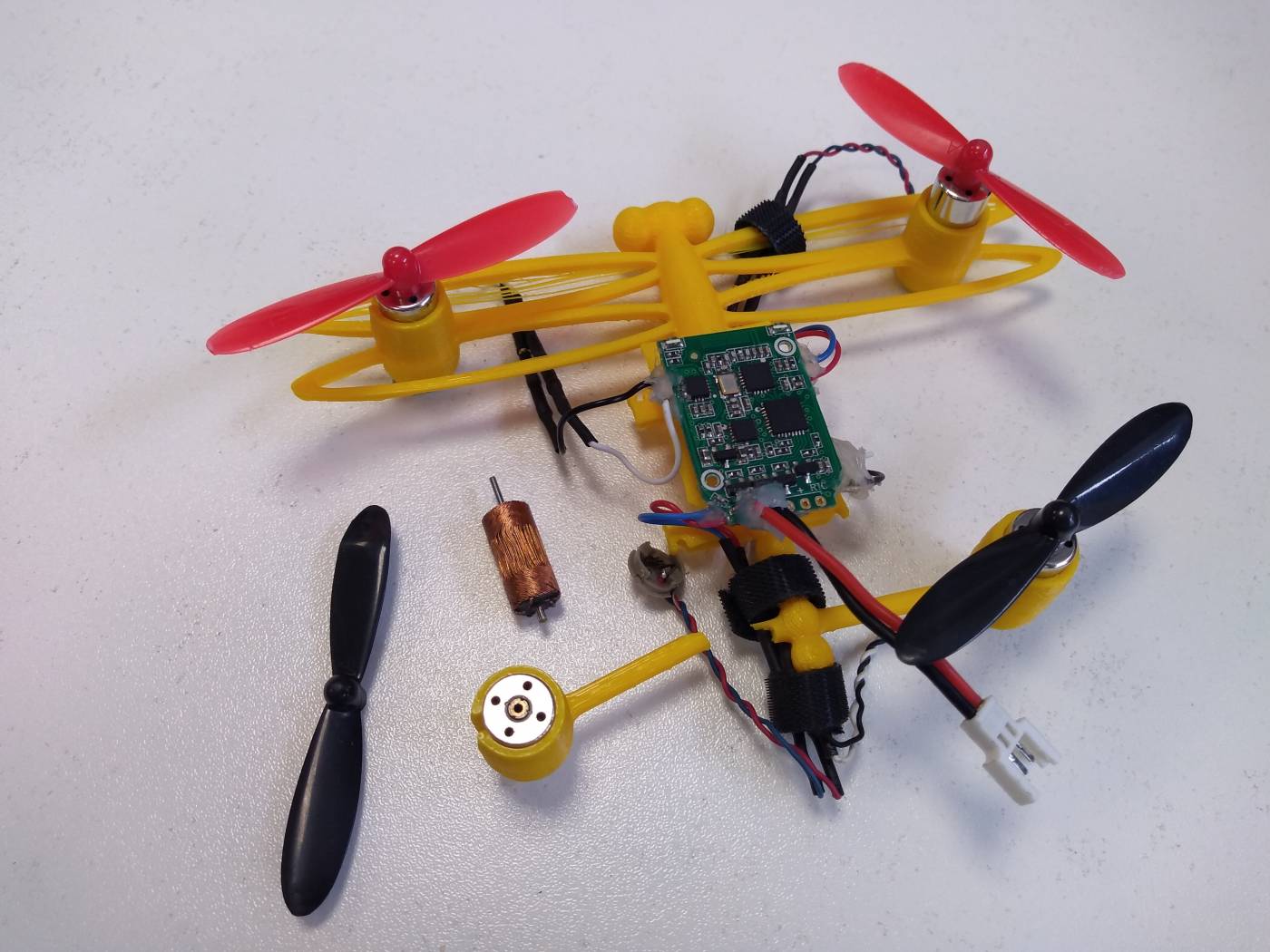 The dragonfly didn’t make it. Note the motor armature and windings which have got extracted from the casing when the dragonfly hit the floor upside down from some height.

The image below shows the space that the students were flying in. As you can see from the photo, the wall was very destructive, not like the nets that the team normally use. It was a great space to fly in, though, and couple of the students proved to be really good. So much so, that Elpida declared one of them as the winner of the flying and gave him one of the quadcopters as his prize. 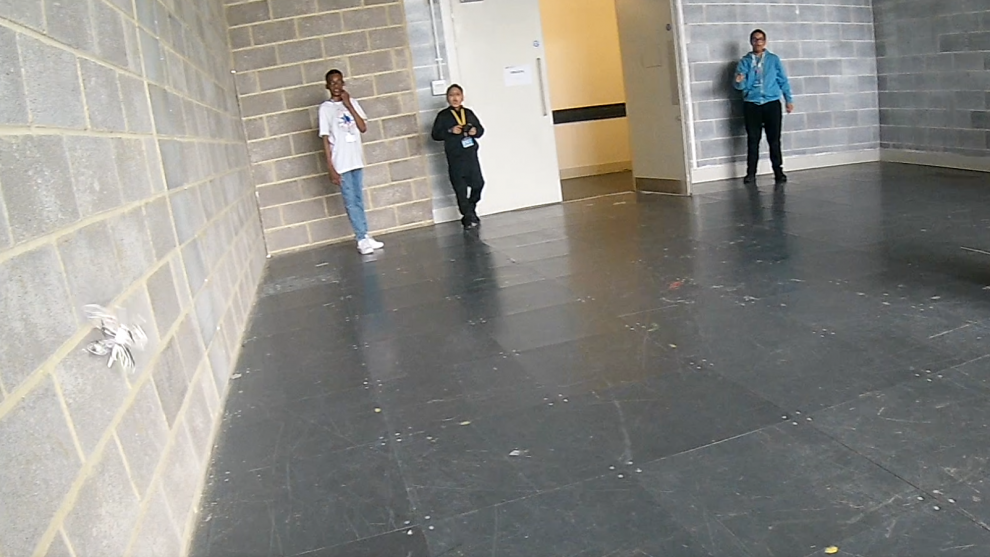 This event worked really well, probably due to a combination of the bigger space and the selection of the students from schools around the local area. They seemed to be very interested to take things apart and experiment to see how they work.

Thanks again to Diane and Elpida for organisation (@UCLEngEdu) and the Olympic Park and Here East for allowing us to run the event. And not forgetting Flora Roumpani, (@en_topia), Valerio Signorelli and Farzaneh Bahrami who were helping out.