The UCL CASA Prize for the Best Paper on Spatial Analysis, in memory of Sinesio Alves Junior, has been awarded at GISRUK 2017. 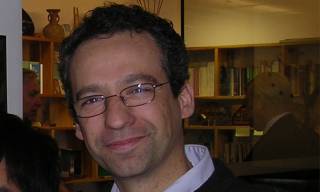 CASA has presented this award annually at GISRUK since 2010 in memory of Sinesio Alves Junior (pictured above).  Junior, as he was affectionately known, is a much missed friend who joined CASA in 2001 as a Doctoral Researcher and member of staff.

Below is a summary of the 2017 winning paper and you can access the full paper by clicking the link below:

This study explores the utility of location data collected from a mobile phone app as a means of modelling spatial behaviour for consumer analysis, focusing on data from a music festival. Our aim was to harvest geo-temporal variables from the app data to model when individuals visit catering services across the site. Using Random Forest and Artificial Neural Networks machine learning algorithms, we presented an efficient means of simulating the popularity of bar areas within the festival site across time. The research demonstrates that with an appropriate methodology, mobile app data can provide useful insight for service provision planning.