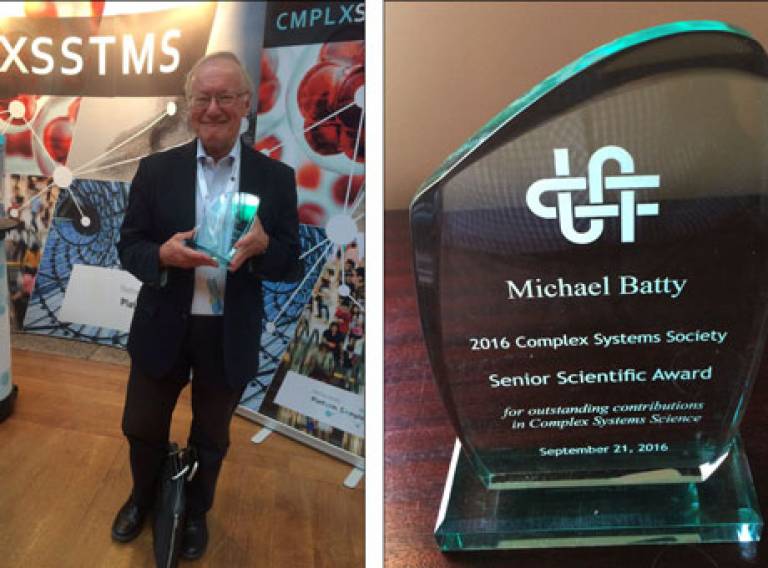 CASA's Professor Mike Batty has been awarded the Senior Scientific Award by the Complex Systems Society.

This is only the third time the award has been given, the previous recipients being Gene Stanley and Maxi San Miguel. The citation states the award is “… for his long standing scientific career in the fields of Geography, Urban Modelling, Dynamic Systems, in which he has pioneered the idea of cities as complex systems, as well as for his leading role in the conformation of the Science of Cities that combines a wide spectrum of disciplines ranging from Statistical Physics, Mathematics, Architecture and Engineering, to Social Sciences and Economics”.

The award was presented to Mike at the 2016 Conference on Complex Systems, at which he presented a talk on The Science of Cities in an Interconnected World.