London Environment Online (LEO) is an interdisciplinary research project focused on the creation of an Environmental Information System (EIS).

Funding from the Environment Agency has allowed CASA to develop an EIS that is available over the internet, designed to communicate environmental information about London in an easy to use and intuitive manner. By utilising a combination of GIS, the Internet, and various multimedia, it has been possible to collect and deliver environmental information in a user friendly manner, tailored to the requirements of government, industry and the public. This tool can be used by government and industry in carrying out sustainable development within London. 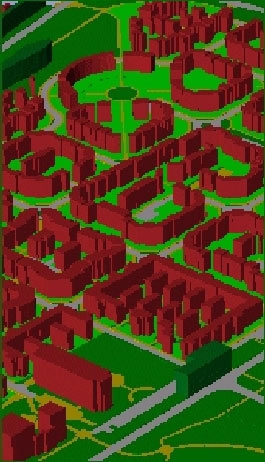 Users of the system can view current environmental information in a spatial context - the spatial element of the interface makes the system unique. There are two major ‘environmental layers’ to LEO at present: a Brownfield Data Layer and an Air Pollution Data.

The Brownfield Data Layer: Relevant brownfield data has existed for some time, but has been difficult to access and understand. The Brownfield layer of LEO aims to integrate these disparate data sets using Gis Sites that meet certain specific criteria, for example distance from underground stations, shopping areas, predicted flood zones can be identified by those interested in redevelopment. Information is ‘hotlinked’ from the interface giving details on past, present and proposed land uses as well as any pending planning applications.

The Air Pollution Data Layer: The air pollution data is collected from various monitoring stations in London which are archived by central government on an hourly basis. The information is then delivered through LEO.

Latest pollution levels are displayed on a map interface with points of high pollution displayed as dark spots and lower pollution as light spots. By entering a postcode and zooming into an area, it is possible to explore information by clicking on ‘hotlinks’ revealing data on specific pollutants - their causes and effects. It is also possible to query the system, for example asking what the average nitrogen dioxide levels are for each site over the past year, or ask which sites have had high levels in the last month, displaying these results via the map interface.

The system uses an early version of the same technology which delivers town centre data in the Sustainable Town Centre Internet GIS.