Sponsored by: Corporation of London 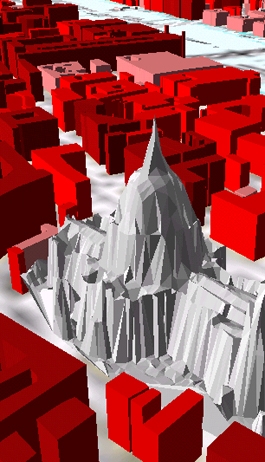 Back in 2000, the Corporation of London – the City – the borough which covers the square mile or financial quarter – commissioned CASA to carry out a world-wide review of 3D models of cities. We completed a preliminary review based on a detailed search of literature, the world wide web, email shots to experts and requests targeted to specific news groups and email lists. We found 60 or more applications in total. From this review eight cities were chosen for more detailed scrutiny.

Members of the research team visited each city to conduct a series of interviews with private, non-profit making and public sector organisations involved in 3d modelling. The eight cities chosen were Tokyo, New York City, Berlin, Glasgow, Helsinki, Philadelphia, Washington DC, and Jerusalem. There is a full list of the 60 plus cases, but many of the links have now gone and this is of historic value only. The field is moving very rapidly still.

The general review found there are three distinct approaches to 3D city modelling each from very different viewpoints based on different skills based on:

There is a wide acceptance of the role of 3D city modelling; however, there is no one preferred strategy for model development and no one strategy emerged as being the most appropriate. It was largely agreed that those 3D models that were strongly coupled with or derived from a GIS were the models that were most “information rich” and were “built to last”.

This project stimulated our interest in virtual cities which had already emerged in Andy Hudson-Smith's work, in Martin Dodge and Naru Shiode’s interests in cyberspace and the information city, and in the VENUE project which examined the interface between urban design and GIS.

Our current work of course has taken this much further and many of current projects: Virtual London, and GeoVUE and our work on pollution mapping is central to our work in CASA which was stimulated by this review.