Ozayr Saloojee | PhD Thesis | In the Midst of our Mutually Baffling Cultures: The Making of Muslim Space and Identity in 19th-century Cape Town 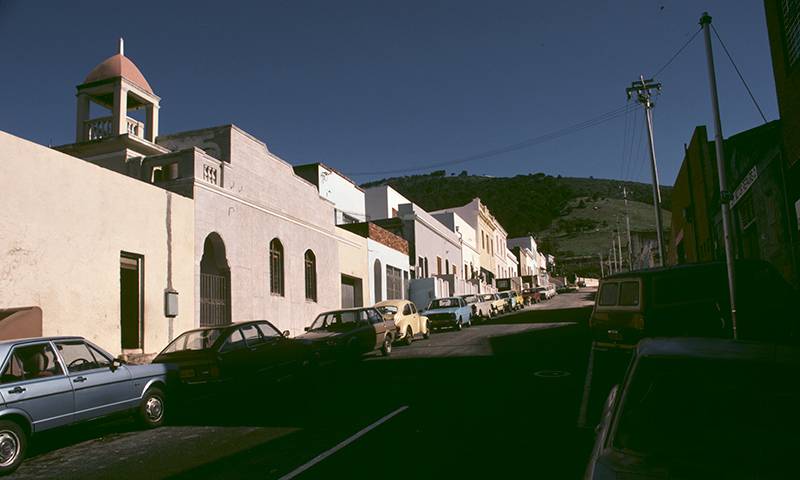 In the Midst of our Mutually Baffling Cultures: The Making of Muslim Space and Identity in 19th-century Cape Town

Beginning with the first mosque established in South Africa – the Auwal Mosque in Cape Town’s Bokaap neighborhood – the spatial context of this research (building, city and landscape) are explored, as described by the anthropologist Vyjanthi Rao, as “networks of concrete becoming” that facilitate (or deny) questions of identity and belonging. Informed by the intersections of post-colonial theory, architecture, anthropology and religious studies, this thesis investigates the notion of architecture as action, using Robert Orsi’s call for a “radical empiricism” of the sacred as a strategy to more fully engage the “temporal and historical imagination” (Soja) needed to balance spatial and ritual practice and to challenge assumed relationships to space. This spatial ethnography is, as part of investigative framework of the research, a strategy to explore a radical empiricism of the spatial. With this as a theoretical and methodological backdrop, the research folds in questions of ritual and social practice as essential to understanding how a community constructs an image of itself and of the role that architecture plays in inscribing those practices with meaning both in and through space.

While the broad social history of the Cape Muslims is a moderately well documented and relatively recent subject of scholarship, much of the related, supporting and coincident histories of this community are not - and certainly not their spatial and architectural histories. This research is an approach toward bridging the historical gap – “the epistemological abyss” as articulated by Sarah Nuttall and Achille Mbembe – in the official archive of the Cape, a colonial archive that presents a fragmentary narrative of the Cape Muslim community. This research is an attempt to understand the making of Muslim space and identity during the 19th century in Cape Town, by putting spatial and ritual practice in the foreground as a way to fill in\ the missing pieces of the archival gap.

Born and raised in Johannesburg, South Africa, Ozayr Saloojee completed his B.Arch and Post-professional M.Arch at Carleton University in Ottawa, where he graduated with high honors. While teaching in Canada, he served as an Associate in the design collaborative GHDG whose work focused on the search for a North American expression of Islamic cultural identity.

He is currently an Assistant Professor of Architecture at the University of Minnesota, where he teaches in the graduate and undergraduate programs. He maintains an active research interest in issues of contested landscapes and is completing a book on Eliel Saarinen’s last built work.