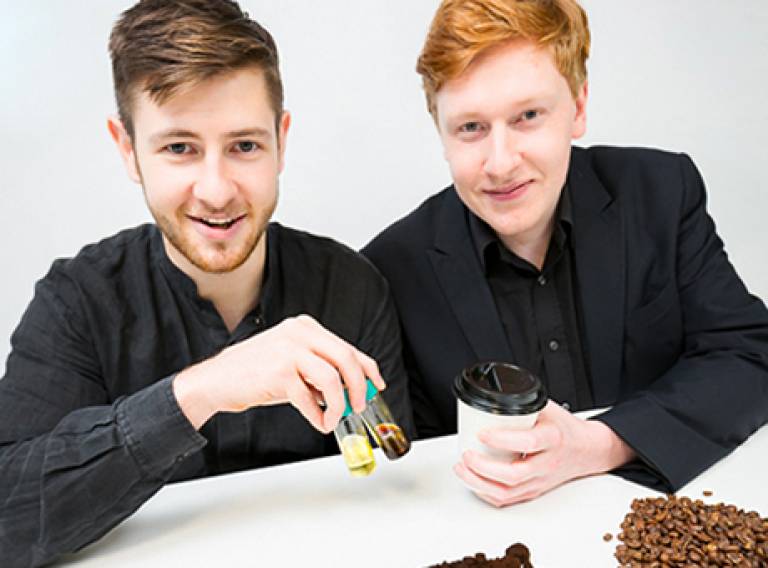 Bartlett Architecture alumni Arthur Kay and Ben Harriman have received the €500,000 Postcode Lottery Green Challenge award for their 'bio-bean' project, which turns waste coffee grounds into biofuel. The pair have patented a technique to process waste coffee grounds, discarded by coffee shops, roasters and instant coffee producers, into biodiesel and biomass pellets. The fuel will then be sold and used for heating and transport.

The project went up against four other startups and the prize was was awarded by Dame Ellen McArthur in Amsterdam. Kay said bio-bean would use the prize money to scale up production to other locations throughout the UK and internationally, and to develop new technologies and products.

Kay came up with the idea for bio-bean while designing a closed loop waste-to-energy system for a building during his time at The Bartlett, for which he chose to design a coffee plant. He went on to win a Mayor's Low Carbon Prize for the project in 2012; the project was awarded a £40,000 Shell Springboard award earlier this year. Both Kay and Harriman studied at The Bartlett: Kay completed the BSc Architecture in 2013 and and Harriman completed the MArch Architecture in 2012.