Graduate Eric Wong is the conceptual artist and stage designer for Mamoru Hosoda’s new film, which premiered at Cannes this week. 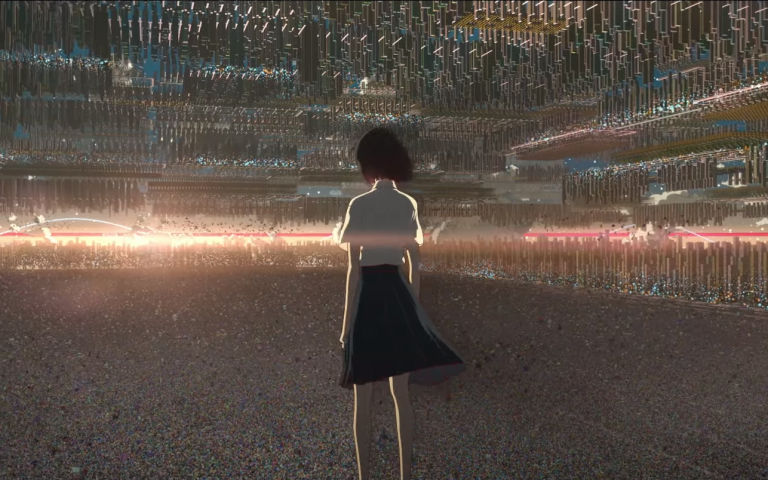 ‘Belle: Ryu to Sobakasu no Hime’ (Belle: The Dragon and Freckled Princess) is the new film by the Japanese director, who founded Tokyo-based Studio Chizu, and was Oscar-nominated for his animated film Mirai. His new film is an animated science-fiction fantasy about a teenage girl in a small town with an alternative virtual existence as a global music icon. The film premiered on Thursday 15 July at the 74th annual Cannes Film Festival.

Director Mamoru Hosoda sought out Eric to create a vast and complex setting for the story. In taking on the mammoth digital stage design brief, Eric designed an entire virtual world, known in the film as “U”. This included designing a virtual city for the film, a stadium and a park, as well as app design and interface, environment and colour developments.

The film has also partnered with clothing retailer Uniqlo, with the concept artwork being printed on three t-shirt designs from August, available to buy worldwide. The range will also include three further designs from Hosoda’s previous films.
Eric Wong graduated from The Bartlett in 2016 and is now an architect. On completing his Architecture MArch (ARB/RIBA Part 2) in PG Unit 10, he was nominated for the RIBA President’s Silver Medal, and received The Bartlett School of Architecture Medal, the Sir Banister Fletcher Medal for highest marks for Part 2, and the Fitzroy Robinson Drawing Prize for best drawing.

The film will go on general release in December 2021.

Image: Still from 'Belle: Ryu to Sobakasu no Hime'