'A Register of Inhabitation' by Patrick Weber will be exhibited on Sunday 16 September at Le Corbusier's Unité d'Habitation as part of French heritage event, Journees du Patrimoine 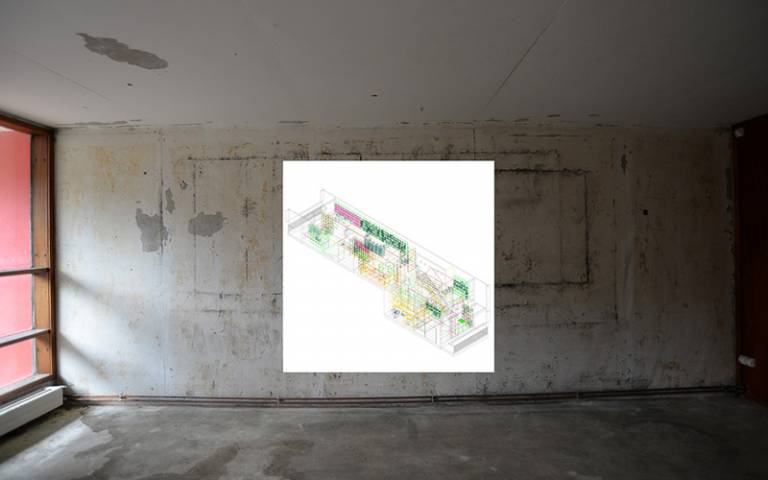 Through a series of drawings Patrick Weber's public exhibition will examine how the architecture of one of the most famous brutalist buildings in the world has been adapted by those who live within it.

'A Register of Inhabitation' narrates the story of the previous 20 years of Le Corbusier's infamous Unité d'Habitation, investigating how residents have adapted their spaces. It is a story of stairs, walls and cupboards, of kitchens and wallpapers, a narrative seen through domestic objects.

Since Unité was built in Briey, France the building has undergone several stages of inhabitation, some intended by Le Corbusier, others not. Built to accommodate 339 nuclear families, the building is now fully-occupied for the first time in its history. The story of the building includes a take over by the US military, an initiative to house the homeless, complete abandonment, rediscovery and, finally, rescue, being given a fresh lease of life by the current residents transforming the existing fabric of the building into a series of exciting and unexpected homes.

Today Unité is as much a lively organism as a building, occupied by a diverse population of residents. While the first floor or La Première Rue has a high percentage of residents living the Le Corbusier lifestyle, the upper floors have little left of the original layout and fit-out.