The Eritrean capital Asmara has been added to the list of UNESCO World Heritage Sites for its outstanding examples of modernist architecture dating from the Italian colonial era. 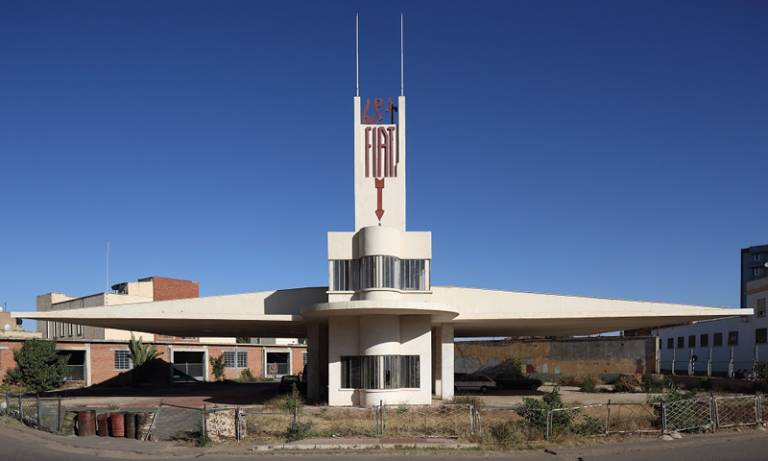 After an initial application in January 2016, UNESCO have just announced that Eritrea’s modernist capital Asmara is to become the country’s first World Heritage Site, and one of only 95 such cultural sites in Africa. The announcement was made at the 41st session of the UNESCO World Heritage Committee, taking place 2-12 July 2017 in Krakow, Poland. The UNESCO committee is currently considering 33 applications from around the world, with certain sites such as Asmara and the UK's Lake District having already been declared successful.

Asmara has been recognised for its celebrated modernist architecture, which demonstrates the Italian colonial response to the challenges of a highland African setting. The city’s architectural character exemplifies a period of intense development in the 1930s that coincided with the global proliferation of pre-war modernism, and includes some of its most important artistic achievements. The functional and racial zoning imposed on the city also bear witness to the vexed history of urban planning from the colonial period.

Eritrea’s decision to conserve Asmara’s early colonial-era architecture represents a break from the attitude towards architectural heritage in many other post-colonial settings. The success of this bid presents an opportunity to encourage critical reflections on cultural relations and heritage globally, and to promote stability and prosperity locally.

“We are delighted that Asmara has been inscribed on the prestigious UNESCO World Heritage List. It is a great honour for Eritrea at home and abroad. I congratulate all the experts involved in the nomination process, and would like to thank The Bartlett School of Architecture for its support, both with this project directly and also in providing a platform for discussion about modern heritage and historic urban landscapes.

Dr Edward Denison, Programme Director for the MA Architecture and Historic Urban Environments programme at The Bartlett School of Architecture, contributed greatly to the Asmara inscription campaign that has now reached its successful conclusion. The scope of research necessary to compile the 1,300-page nomination dossier for an entire capital city was recognised by the RIBA in 2016 when it awarded Dr Denison the President’s Medal for Research for his work.

Speaking from the UNESCO assembly in Krakow, Dr Denison said: “Asmara’s success is testament to the industriousness and dedication of my Eritrean colleagues at the Asmara Heritage Project (AHP). Unlike many sites, the purpose of this nomination has been to encourage the sustainable development of Eritrea’s capital city. I look forward to further collaboration between The Bartlett and the AHP as it pursues this innovative approach to architectural conservation”.