The work of a former Bartlett student has been shortlisted for a World Architecture Festival Award, in the Future Projects category. The winners will be announced in November at the WAF in Berlin. 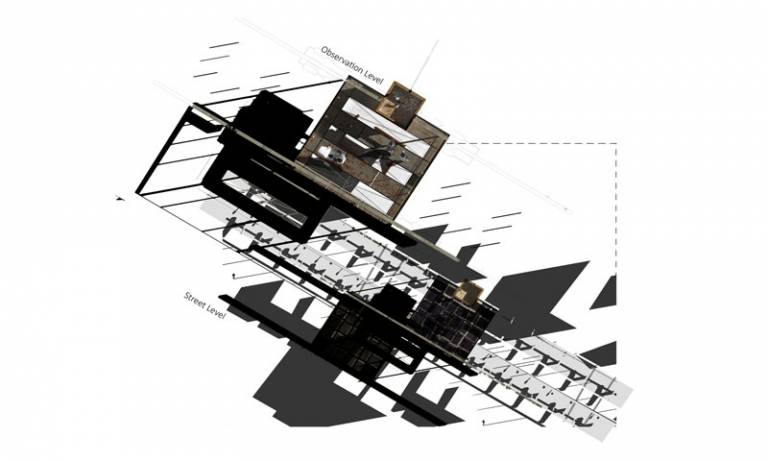 Abdullah Al-Dabbous, a recent graduate from The Bartlett School of Architecture’s MA Architecture and Historic Urban Environments (MAHUE) programme, has been shortlisted for the renowned World Architecture Festival Awards. His project, Revolution 4.0, Cairo, Egypt, has been nominated in the ‘Competition Entries – Future Projects’ category.

The shortlist includes distinguished international practices such as Allford Hall Monaghan Morris, Form4 Architecture, Wilkinson Eyre and Zaha Hadid Architects. Being selected as a finalist for a World Architecture Festival award represents a major achievement: Professor Murray Fraser of The Bartlett notes that “it is highly unusual, possibly unprecedented, for a student project to get this far in the WAF competition”.

The winners – chosen from well over 900 entries from 68 countries – will be announced at the World Architecture Festival, which runs 15-17 November in Berlin. They will decided by a panel of international judges, made up of over a hundred professionals and chaired by Robert Ivy, chief executive officer of the American Institute of Architects.

Abdullah Al-Dabbous, who graduated last year from the MA Architecture and Historic Urban Environments (MAHUE) programme, has been given an Honourable Mention in the renowned S.Arch International Architecture Awards for projects (built or speculative) which promote sustainable design.

The Honourable Mention was for Abdullah’s MAHUE design thesis project, entitled ‘Revolution 4.0’. In it, he proposes strategic interventions into Cairo’s poorer neighbourhoods that can provide housing and employment for the large numbers of homeless street children there.

His design tutor, Professor Murray Fraser, notes: “Abdullah has created a remarkable project, based on precise sociological research and inventive design-and-build methods. It has enabled him to conceive new structures to be slotted in and around the elevated motorways in Cairo that have become, due to their age, an integral part of the city’s fabric. As such, his project shows the innovation and freshness of student investigations on the MAHUE programme, the only one of its kind in the world.”

The S.Arch Awards were judged in Hong Kong as part of the S.Arch International Architecture Conference, held 7–9 June 2017. Abdullah’s project was shortlisted from a range of submissions by leading international architects and university teams.