Bartlett alumni named as 'Ones to Watch' by Design Council 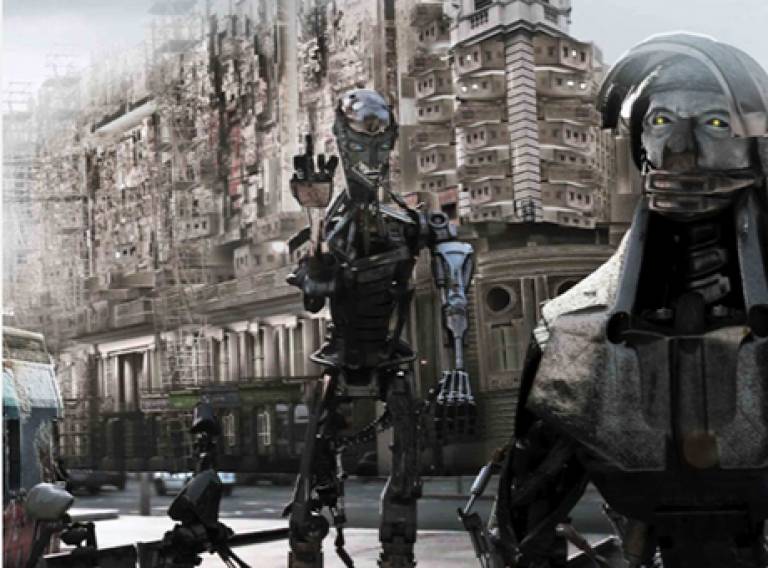 Bartlett School of Architecture student Thomas Savage and recent graduates Benjamin-Murray Allan, Kibwe Tavares, Sonila Kadillari and Felix Faire have made The Design Council's 70 'Ones to Watch' list, which highlights 70 of the most exciting emerging designers in the UK.

Showcased as part of Design Council’s 70th anniversary celebrations, the designers — each chosen for an individual product or project of outstanding design ingenuity and vision — have been selected from hundreds of entrants from an expert panel. The winning works produced by Bartlett students and graduates are featured below. 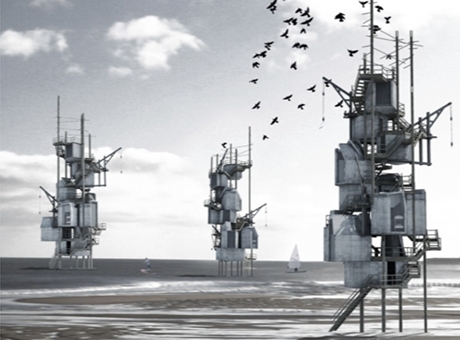 Thomas has designed a group of towering structures to sit on the shoreline outside the town of Blyth, Northumberland. The nine-storey hostel towers comprise steel scaffolding and concrete cabins, offering habitats for wild birds in the winter and water sports enthusiasts during the summer. The scheme responds to two local interests: ornithology and water sports, giving both bird and people the chance to temporarily 'roost' during different seasons. 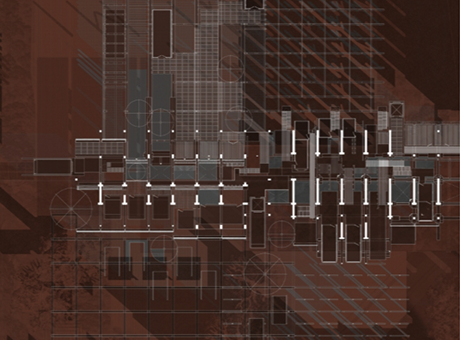 Benjamin proposed adapting deprived post-industrial Detroit into the 'City of Forests'. Timber is the new economic focus, creating a greener and more sustainable future. As Detroit continues to struggle with the effects of massive industrial wastelands, this more positive image of public space opens new discussions about the future post-industrial city.

Robots of Brixton from Kibwe Tavares on Vimeo.

Kibwe's powerful film 'Robots of Brixton' (above) explores the relationship between architecture, class and race. Its imagined future follows the trials and tribulations of young robots surviving at the sharp end of city life. Poverty, disillusionment and mass unemployment are entrenched in the residents' lives. The film underlines the need to use architecture to serve people's news and counter this spectre of despair. 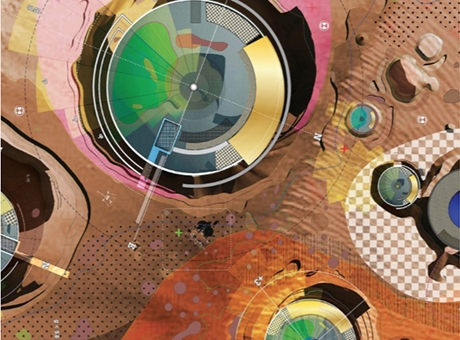 PEMY is an architectural modelling of Mars on Earth. Sonila Kadillari uses science as the backbone to her imaginative exploration of the red planet. Her design encompasses a complex collection of planetary simulations – light, temperature, gravity and topography – in which she attempts to lay the groundwork for the beginning of a new (Martian) architecture. This isn't science fiction wither: the application of design for extreme environmental conditions is very much an early matter. 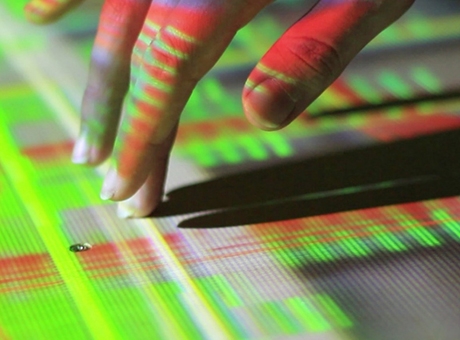 Through CONTACT, any physical interaction with a table or hard surface generates vibrations that are simultaneously manipulates and transformed into a stunning acoustic and optical performance. Felix Faire studied architecture at The Bartlett, but as a lifelong musician he became more fascinated with experiences that seamlessly move between our perceptions of space, music and visuals. In CONTACT, the technology remains hidden so that the user can focus purely on sensations.

Over the coming year, The Design Council plans to celebrate the inspiring work of the Ones to Watch, highlighting each of the winners and the issues they have been tackling.

Design Council Ones to Watch winners