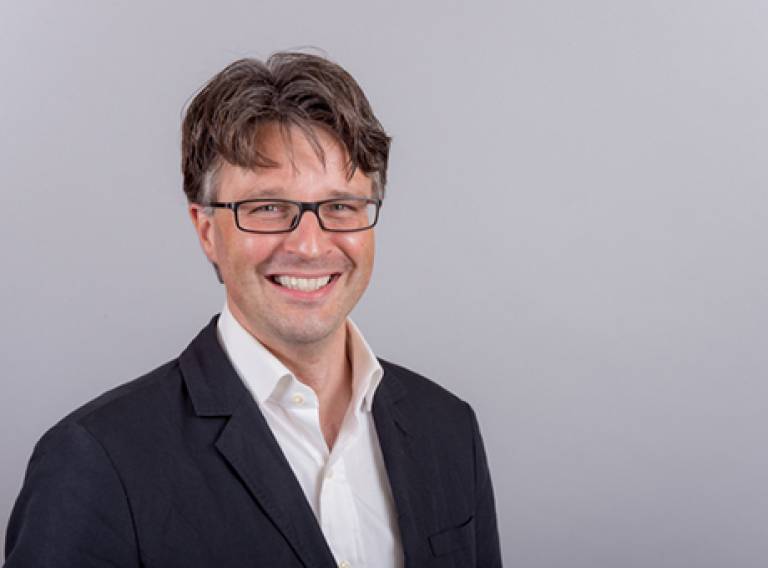 Sir Banister ‘Flight’ Fletcher (1866–1953) was an English architect and architectural historian. He trained at King’s College London and University College London, and joined his father’s practice (also Sir Banister Fletcher) in 1884, also studying at the Royal Academy Schools, the Architectural Association, and the École des Beaux-Arts, Paris. Father and son co-authored the seminal textbook A History of Architecture on the Comparative Method (London: Athlone Press, University of London, 1896- [issued serially], first single-volume edition, London: B.T. Batsford and New York: C. Scribner’s Sons, 1896). In his will, he left a bequest to The Bartlett School of Architecture inaugurating an annual student prize, the Sir Banister Fletcher Prize Medal, in memory of his father, brother and himself, and a bequest to provide funds for an academic chair, now inaugurated as a Visiting Professorship.

We are pleased to announce that this year’s Sir Banister Fletcher Visiting Professor will be distinguished architect, writer, and teacher Dr Emmanuel Petit. Dr Petit will deliver his inaugural lecture Under the Dome: The Architecture of an Other Modernity this Wednesday 5 November in the Darwin Lecture Theatre as part of the Bartlett International Lecture Series.

Professor Mario Carpo comments: "Alongside his achievements as a historian and as a history and theory educator Dr Petit is a deft and accomplished design critic. Thanks to this dual capacity, Dr Petit’s appointment as Sir Banister Fletcher Visiting Professor will contribute to and enrich the educational and intellectual environment of the School and help bridge the gap between architectural history and progressive design."

Throughout the year Dr Petit will reside in the School for four periods whilst he develops material for a new book produced directly as a consequence of the award.  On each visit, Dr Petit will be available to all students in the School for seminars and tutorials, details on how these are arranged will be announced soon. As part of his Professorship he will also give four lectures, detailed below:

Dr Petit will also be giving a lecture Spherical Penetrability: Literal and Phenomenal on Monday 28 November at 1pm as part of the School's new Situating Architecture lecture series.