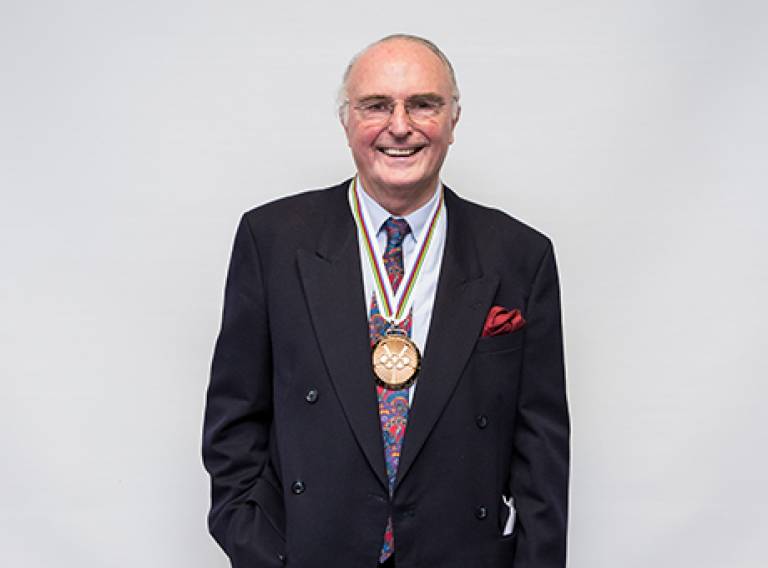 The International Olympic Committee (IOC) has awarded the Pierre de Coubertin medal to Geraint John, for outstanding service to the Olympic Movement. John, who studied Architecture at The Bartlett, has been recognised for a long and distinguished career in the design and provision of international sports facilities. The award makes him the first British recipient of this special decoration since the medal was inaugurated in 1997.

A Senior Adviser to Populous since 1996, the global sports design practice and architects behind three Olympic stadia (Sydney 2000, London 2012 and Sochi 2014), John was Chief Architect and Head of the Technical Unit for Sport at the GB Sports Council for 21 years. He is also Honorary Life President of the International Union of Architects (UIA) Sports and Leisure Programme Group.

Through these roles, he has a made a significant contribution to the IOC’s promotion of environmental and sustainable sports facilities that deliver lasting Olympic and Paralympic legacies. He helped produce the IOC’s Sustainable Stadia Guide and advised on the permanent stadia exhibition at the recently renovated Olympic Museum in Lausanne, Switzerland, the largest archive of Olympic Games memorabilia in the world.