In late November 2012, The Bartlett School of Architecture Unit 3 embarked on an expedition to Iceland. 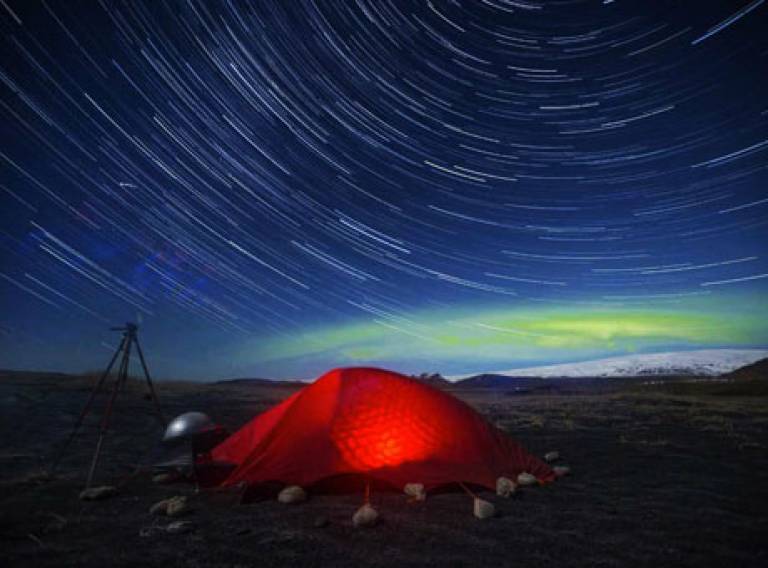 Twelve students designed, built and tested a series of shelter/surveying devices to research and charted varied aspects of Iceland.  These 'constructs' allowed them to record, test and live in a wide range of sites, from urban Reykjavik to the volcanic beaches of Vik; from the glacier lakes in the south and boiling landscapes, to high mountain plateaus at 20 degrees below zero.  Living in their shelter for up to four days, the structure performed as active laboratories and testing beds for an array of experiments to understand specific aspects of the sites in question.

A new film produced following the expedition, now available to watch on the Bartlett TV YouTube channel, shows each student's exploration of the Icelandic landscape and the social, economic and environmental issues facing the country today, such as high alcohol taxation, fuel cell technology and Wi-Fi signal strength in Reykjavik.

An exhibition featuring the students' work from the Iceland Expedition is open to staff and students in the lobby of Wates House until Friday 17 January.