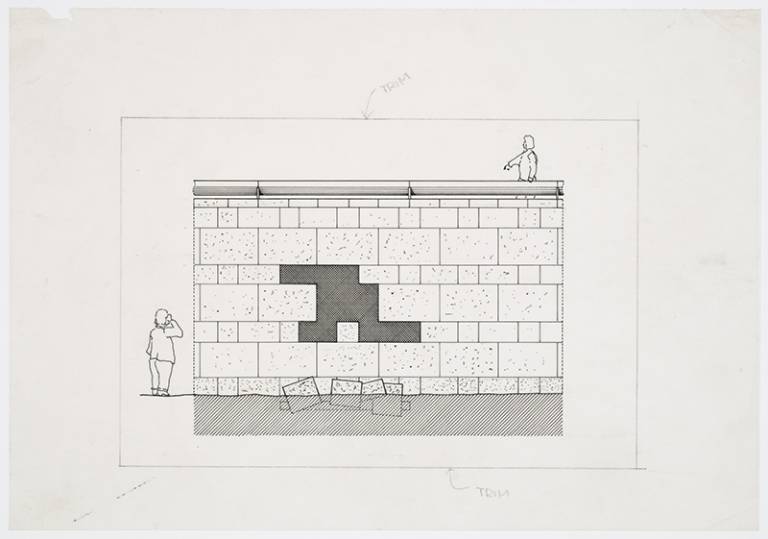 Designing for Amusement: From the Intention to the Interpretation of Architectural Humour in Post-Modern Britain

Humour as form has been studied in several arts, like painting or music, but not yet in architecture. It is even seen as an accidental, negative quality in buildings. My research aims to show that humour has been part of architects’ intentions and has been interpreted so by critics.

The study argues that such discussions emerged consistently during architectural Post-Modernism in Britain (1970−1990), but remained unstudied due to a prevalence of irony in architectural theory. It is claimed that irony’s potential to be amusing has been downplayed in its theorisation, but also that the theoretical focus on irony has not allowed a consideration of other ways in which architecture can be amusing.

Selected texts, drawings, and buildings will be studied, through archival research, interviews, reviews of coverage in popular and architectural press, and visits, to uncover different motifs of architectural humour, and explore their reception. Through this project, I aim to allow humour to be accepted and investigated within the discipline, and present its historical significance for architectural design and experience.

Katerina Zacharopoulou is an architect and researcher from Thessaloniki, Greece. She received an Architect Engineer Diploma from the Aristotle University of Thessaloniki in 2016 and a History & Critical Thinking in Architecture MA with Distinction in 2017 from the Architectural Association, where she now teaches. Since her undergraduate studies she has developed an interest in the connection between architecture and humour, which she now explores in doctoral studies at UCL, supported by the London Arts & Humanities Partnership. Katerina has talked about this topic at conferences, lectures, and public events internationally, and she is the first architect to have presented a paper at the International Society for Humor Studies Conference, on its 30th anniversary.