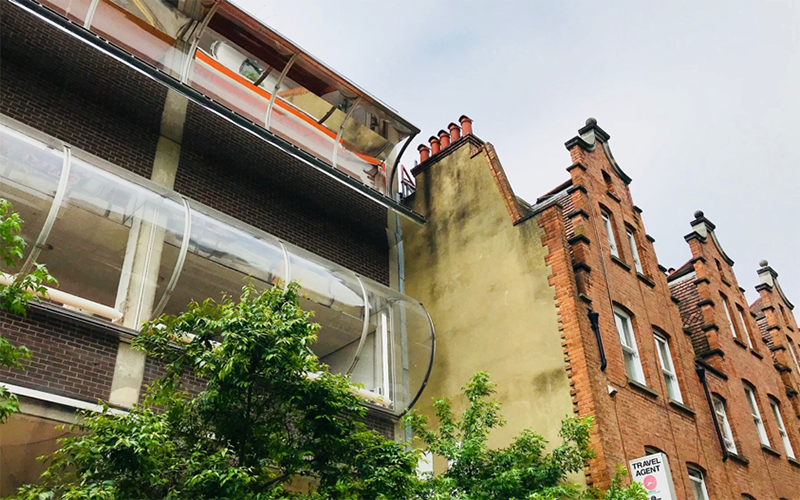 Coworking and New Urban Chance: Exploring the Relationship Between Collaborative Working Spaces and their Urban Context

My interests span across firstly, the relationship between precariousness cultures emerged after the recession of 2008, emergent work patterns and the use and production of space. Secondly, to understand how the interactions between individuals and their physical and social environment are tightly entangled.

The study aims to investigate urban effects of new workspace patterns, comparing the London Borough of Hackney and the Creative Cluster in the northern area of Milan, regarding community construction and interaction, contribution to urban revitalisation trends, and local physical transformations.

The urban phenomenon of collaborative working spaces in the city can be seen as a reaction to the increasing level of uncertainty due to the collapse of the employment paradigm, trying to put a positive turn on precarious conditions, re-defining the unpredictable access to stable work as ephemeral and flexible and the socio-spatial transformation of entire neighbourhoods as its direct consequence. In particular, the study seeks to respond to the following question: Can coworking spaces contribute to the successful development of the Town Centre, in terms of local businesses provision and public space activation, bringing benefits to the local economy to provide a healthy impact on the neighbourhood?

Therefore, this study aims to fill this gap by examining the location patterns of co-working spaces and their urban effects at different scales, both in terms of urban spaces and social practices, including: the impact on the surrounding public space; the wider urban revitalisation (from an economic and a spatial point of view); community building, with the subsequent relationship between co-working members and the local community, the cognitive dynamics and attachment aspects generated at the local level, where proximity dynamics can have spill-over effects.

Her carrier has been complemented by an active participation in parallel activities, such as the foundation of Presidio Temporaneo di Architettura, and research roles for the Hackney Council and in the Civic Design Group/CivicWise Association. She is working as urban designer with AR Urbanism, gaining more experience in designing and implementing qualitative methodologies in placemaking strategies, human-centred approach and community engagement.

Currently, Irene is an ESRC-funded doctoral student at The Bartlett School of Architecture, with interests in the relationship between precariousness cultures, work patterns and the use and production of the urban space.