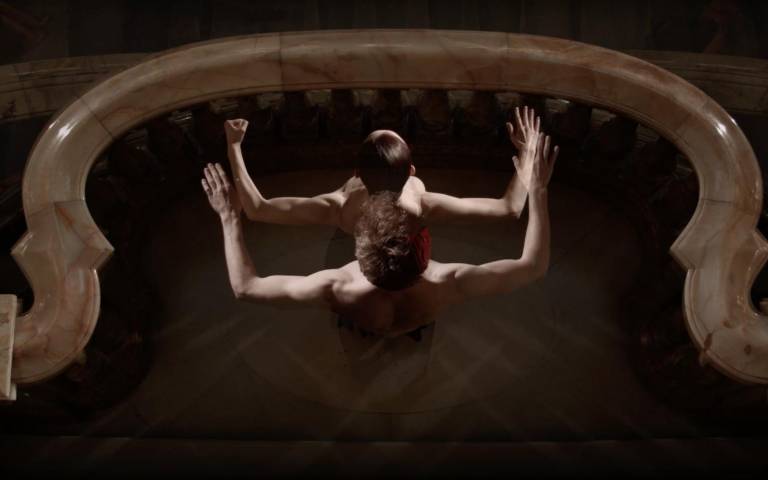 Our public lecture series, Constructing Realities, runs throughout the autumn and spring on selected Thursday evenings.

An informal lecture format, speakers explore the current trends in making, process and design of our built environment, looking at how new technologies are shaping the future of the spaces around us. With lectures about engagement, situations, performance, making, manufacturing and engineering, Constructing Realities is an exciting, cross-disciplinary series presented by The Bartlett.

We will hear from artists, architects, engineers, designers and other interdisciplinary practitioners who are at the fore-front of their industry and understand how different disciplines influence and challenge the thinking of other practices.

This series is discursive and offers opportunities for students, academics, industry professionals and the wider public to learn from and question the people who are constructing the realities we inhabit.

Speakers will include Founding Partners at Weston Williamson + Partners, currently transforming the infrastructure of the UK with projects such as Crossrail and HS2. Themes across the series will incorporate pervasive technology in the environment, the potential of space travel, large infrastructure and cultural regeneration and performative materials. See the full schedule below.

This events series is free and open to all. No booking is required. Keep the conversations going and enjoy complimentary light refreshments before and after the lecture.

Geographer Sasha Engelmann and artist Jol Thomson discuss their collaborative teaching practice with Studio Tomás Saraceno and their participation in the Aerocene project - an activist initiative focused on shifting and inspiring human relations to consider the atmosphere and environment. 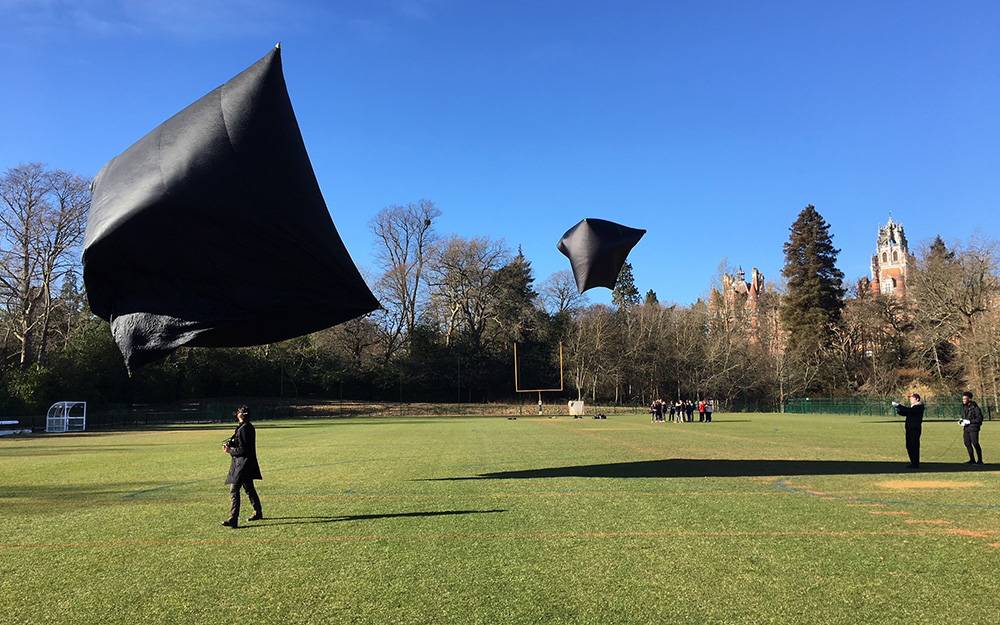 Biography:
Sasha Engelmann is Lecturer in GeoHumanities in the department of Geography at Royal Holloway University of London.  She collaborates with artists and creative practitioners to explore questions of environmental sensing and politics.  Since completing her doctoral research as a creative ethnographer in collaboration with Studio Tomas Saraceno, she has become an active member of the Aerocene community.  Her writing has recently appeared in a variety of journals and she is currently preparing a book manuscript.  In the framework of Tomas Saraceno’s new exhibition “On Air,” and working with the Aerocene community, she is curating part of the public programme at the Palais de Tokyo, Paris.

Jol Thomson is a Canadian born, European based artist, writer, and sound designer. Both his written and audio-visual work challenge the limits and boundaries of spacetimematter(s). He collaborates very closely with some of the worlds leading neutrino and dark matter observatories. 'Exotic' physics, posthumanism, and general ecology - or the environmental and philosophical implications of 'landscape-laboratories' in the age of the Anthropocene - are the focus of his practice-led PhD at the University of Westminster. Recent exhibitions include Blind Faith: Between the Cognitive and the Visceral in Contemporary Art, Haus Der Kunst, Munich and, Open Codes: Living in Digital Worlds at the ZKM, Karlsruhe. In 2017 Jol was a fellow and resident artist at Akademie Schloss Solitude, Stuttgart and at the Bosch corporations Campus for Research and Advanced Engineering where he developed the work Deep Time Machine Learning. In 2016 he won the MERU Art*Science Award for his work G24|0vßß

Space architect Barbara Imhof and artist Sonya Dyer explore the possibilities of space as an environment for future habitation both materially and conceptually. 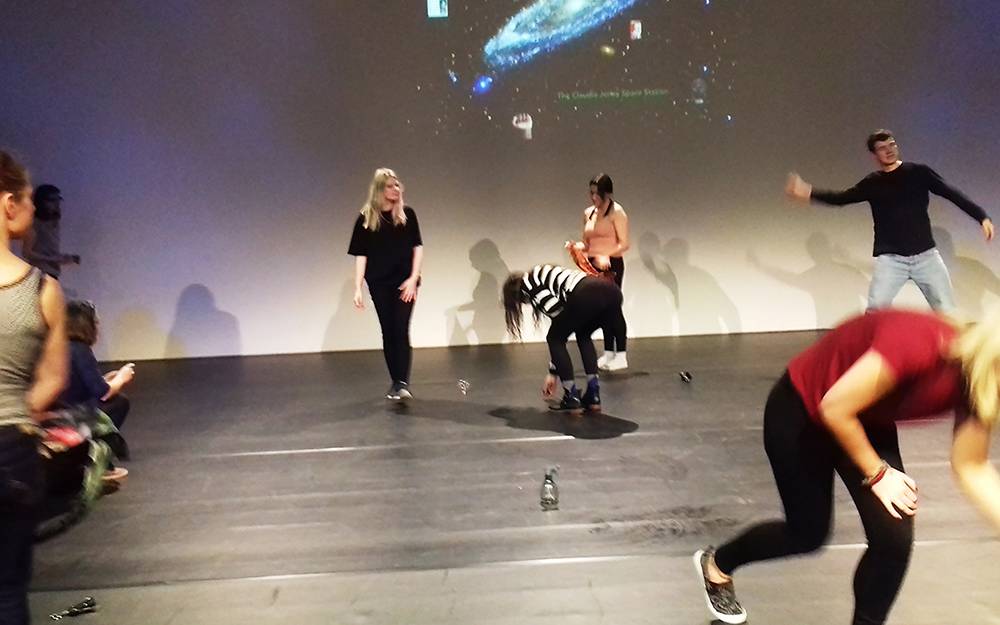 Barbara Imhof is a space architect, researcher and educator. She is also the co-founder and co-manager of LIQUIFER Systems Group that comprises experts from the fields of architecture, design, human factors, systems engineering and science. Their space related projects focus on feasibility and scenario studies as well as designing and building mock-ups and prototypes. LIQUIFER partners with renowned research institutions and well-known enterprises to conduct research and technology development through contracts with the European Space Agency, the space industry and with the EU-Framework Programmes and other funding bodies.

As project lead Barbara currently works on the Gateway project, designing the habitat module for the next International Space Station in a lunar orbit. She also led projects such as SHEE, a Self-deployable Habitat for Extreme Environments, the first built European simulation habitat. The SHEE habitat became part of another LIQUIFER project named MOONWALK, developed to test human-robot collaborations in two space simulation missions in Rio Tinto and subsea. In addition, Barbara pursues projects in the field of biomimetics and closed-loop systems such as Living Architecture - in collaboration with Rachel Armstrong - and GrAB–Growing As Building which looks at growth principles in nature and their proto-architectural translations towards self-growing buildings.

Sonya Dyer is an artist, writer and occasional curator from London and is currently a Somerset House Studios Resident. Sonya's performative, interdisciplinary and research-based practice utilises dialogical platforms, reproductive technologies and moving image, exploring how subjectivities and alliances are formed, across cultures and temporalities. She runs the …And Beyond Institute for Future Research, a peripatetic think tank creating possible futures.

Artist and maker Zoe Laughlin discusses the performativity of materials and her experimental processes.

Zoe Laughlin is a co-founder/director of the Institute of Making and the Materials Library project. She holds an MA from Central Saint Martin's College of Art and Design and obtained a PhD in Materials within the Division of Engineering, King's College London. Working at the interface of the science, art, craft and design of materials, her work ranges from formal experiments with matter to large-scale public exhibitions and events with partners including Tate Modern, the Hayward Gallery, the V&A and the Wellcome Collection.

Zoe's work has also been shown in London’s Science Museum and is included in the new permanent collection of The Design Museum. Her particular areas of interest and research are currently Materials Farming, The Performativity of Matter and the sound and taste of materials.  She can often be found giving theatrical demonstration lectures or making programmes for both radio and television.

One of the founding members of Weston Williamson + Partners, Chris Williamson, will discuss the role of large-scale infrastructure projects including HS2 and Crossrail.

Chris Williamson is a Founding Partner at Weston Williamson + Partners. Chris is a registered architect with over 35 years' experience in practice and 30 years in infrastructure, which includes the design and master-planning of stations, high speed rail, complex interchanges, underground, overground and light rail stations. 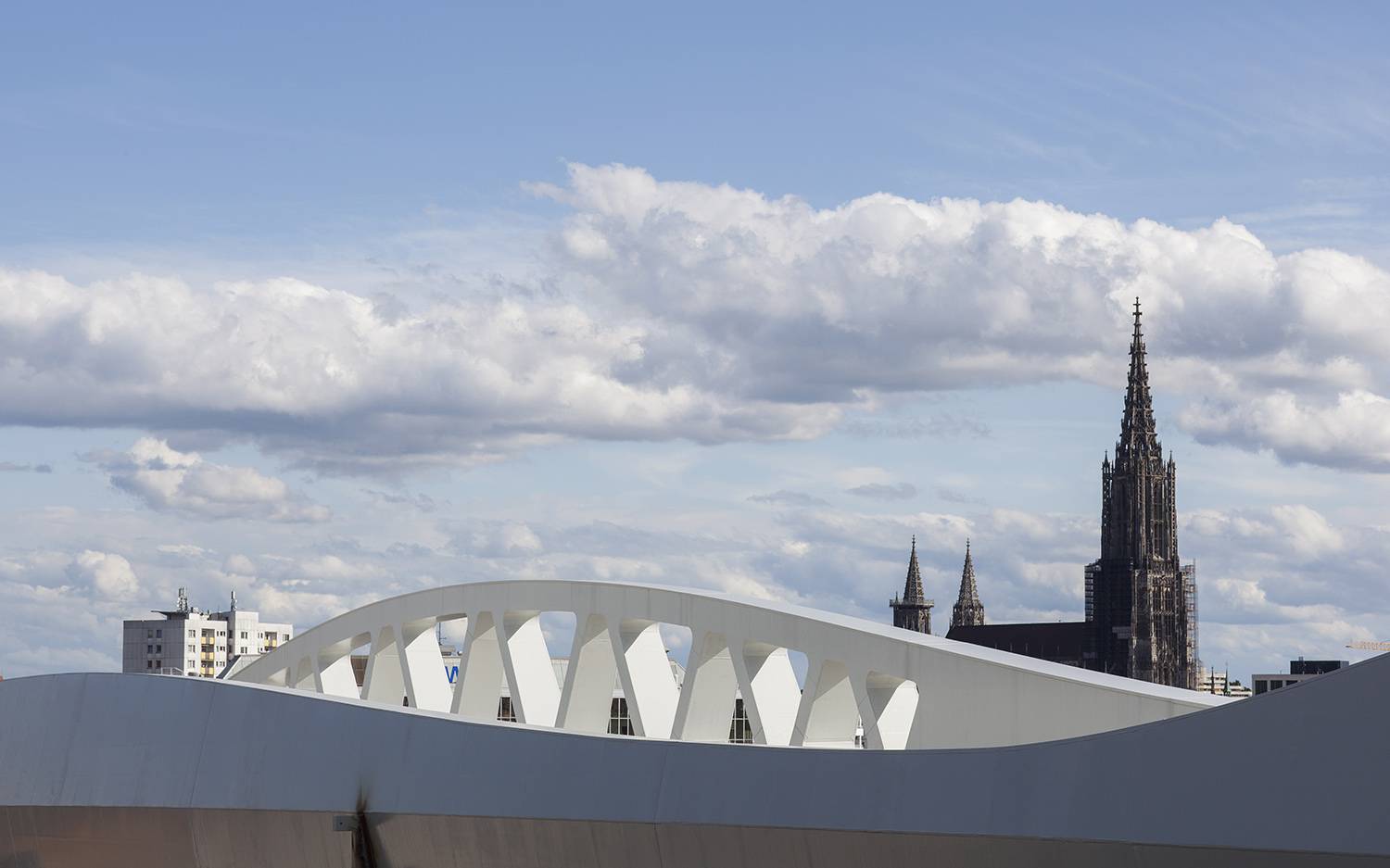 Martin Knight is an architect specialising in bridge design and transport infrastructure. He studied architecture at Manchester Polytechnic and the University of Westminster (PCL). His career has included periods spent in engineering as well as architectural practices, and his approach to design and construction has always been informed by the practical application of artistic principles, balancing aesthetics with engineering and visual logic.

Martin founded Knight Architects in 2006 and the medium-sized practice enjoys a strong reputation in the field of bridge design, being named Specialist Consultant of the Year in the NCE/ACE Consultants of the Year Awards 2015 and BD Infrastructure Architect of the Year 2017. The practice has completed award-winning bridges in the UK, Europe and New Zealand and has enjoyed success in UK and international competitions, including Merchant Square Bridge, London, the Kruunusillat Bridges in Helsinki, Margaretengürtel Bridge in Vienna and Kienlesbergbrücke at Ulm, Germany.

Ho-Yin Ng is a director of AL_A, the award-winning architecture studio founded by the RIBA Stirling Prize-winning architect Amanda Levete. Since its formation in 2009, AL_A has refined an intuitive and strategic approach to design. Recently completed projects include the Victoria & Albert Museum Exhibition Road Quarter (2017) in London, the V&A’s largest building project in over 100 years; MAAT (2016), a Museum of Art, Architecture and Technology in Lisbon, commissioned by EDP, one of the world’s foremost energy companies; Central Embassy (2017), a 1.5 million sq ft luxury shopping mall and hotel in Bangkok on the former grounds of the British Embassy; a 13-hectare media campus and a 37,700m2 headquarters building for Sky (2016) in London; and MPavilion 2015 in Melbourne.
Ho-Yin is leading on two new buildings at Wadham College, University of Oxford and The Courtyard, a network of 39 retail-led centres embedded within Moscow’s peripheral communities. He oversees projects from concept through to completion and occupation, collaborating with specialists from a range of disciplines from the outset. He is passionate about incorporating emerging technologies that extend efficiency and enhance the design, construction and delivery process.

Image: Screenshot from Scriptych, showing a choreography of two dancers communicating using an interface which translates their movements into words. Courtesy of Ollie Palmer.

Getting to Here East

Find out more about the options for travelling to Here East.