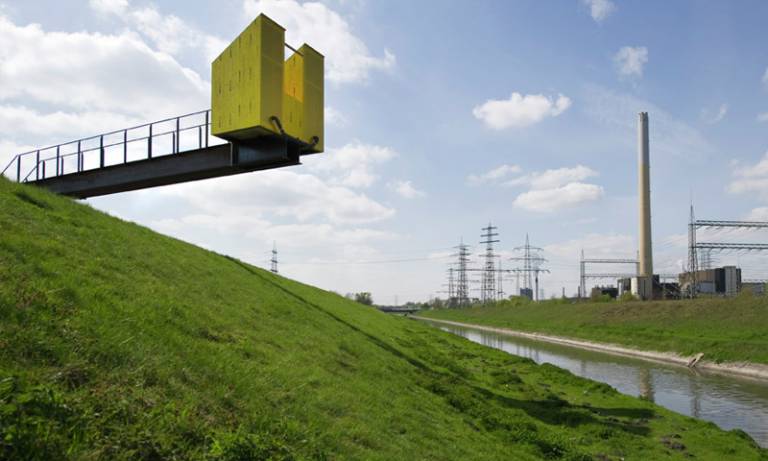 This trio of events explores the concept of situated practice in contemporary art, architecture and urbanism. Set across the three months of the 2017 Folkestone Triennial, they will take place in three ‘edge’ locations linked by the High Speed One rail link between London and Folkestone.

On each of the three days, practitioners and thinkers are invited to respond to the event location, and investigate the sensory, social and environmental impact of their individual approaches, together generating a narrative exploration of the creative use of urban interstitial spaces.

You can book tickets for a single event or a bundle of tickets to attend all three. Concessions are available on all day-tickets.

All efforts will be made to accommodate wheelchair users and anyone with other accessibility issues: please email urbanlaboratory@ucl.ac.uk before booking a place.

The event is organised by the UCL Urban Laboratory and Folkestone Triennial 2017, with additional support from the Slade School of Fine Art, UCL and The Bartlett School of Architecture, UCL.

Urban Lab Films will present accompanying screenings of the below films as part of the event Edge - Situated Practice in Art, Architecture and Urbanism. The films have been created in collaboration with Open City Documentary Festival and The Bartlett’s Film + Place + Architecture Doctoral Network.

A post-screening panel will be chaired by James O'Leary (The Bartlett), and feature Amica Dall (Assemble) and Matthew Beaumont (UCL English/Urban Lab). Further screenings will be organised to accompany the rest of the Edge journey, on both Friday 6 October at Here East, and Friday 3 November in Folkestone.

A hymn to London that takes us on a journey from the suburbs to the heart of the city, with a mesmerizing score by Saint Etienne (Bob Stanley, Pete Wiggs and Sarah Cracknell). London has long been a source of influence, stimulation and curiosity for the band, and the film is a poignant 'psycho-geographical' drama that celebrates the capital in both its seediness and glory. Exploring the dreams the city holds for so many alongside the reality of urban life, the result is an extraordinary record of London today.

This film tracks the Minhocão or 'giant earthworm': an elevated highway slicing through São Paulo, subtly connecting Brazil’s ambitious architectural past to its troubled political present. On Sundays, when it is closed to vehicles, residents reclaim the highway for cycling, walking or partying. What was once a scar is now almost beautiful.

Shot from the 21st floor of the iconic Balfron Tower, the film takes in the city of London below. Filmed mostly in time-lapse with the camera tracking across this aerial field of view, the intention is to create a cinematic map that exposes the neural networks of the post-modern metropolis; producing a film that reveals the workings of London’s nervous system.