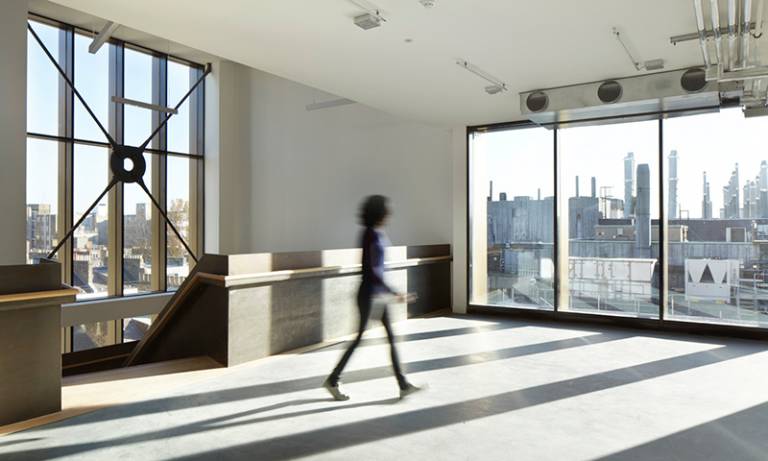 Brought together alongside The Bartlett's MA Architectural History, the Situating Architecture Lecture Series explores the powers and effects of architecture today.

Our invited speakers show how historical and theoretical practices materialise different architectural meanings from poetics to ethics, housing to infrastructure, politics to technologies. 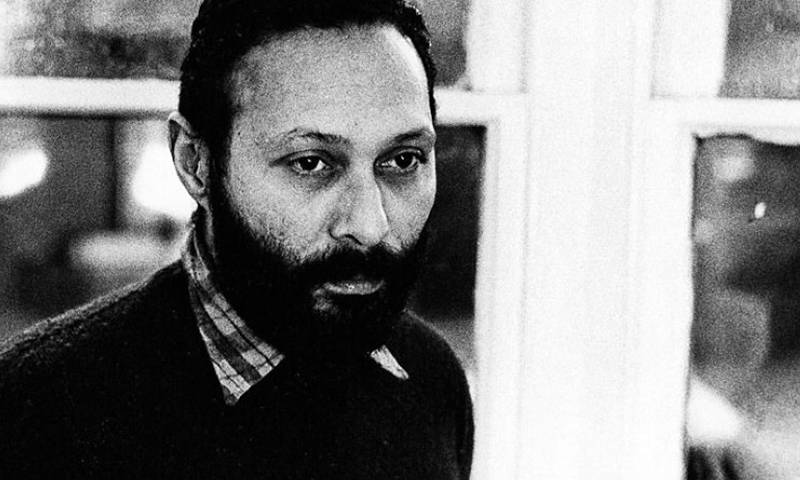 Confronting the Metropole: the urban imagination of Stuart Hall in the late 1950s

The late Stuart Hall is widely known as a foundational figure in the formation of Cultural Studies, and for his contributions to the politics of the New Left in Britain. Hall made significant interventions in debates on the development of capitalism, imperialism, post-colonialism, and the black diaspora. His influence can be felt in contemporary architectural history and theory, in providing key categories, concepts and theoretical frameworks for understanding material culture and discursive practices—a result of his unique readings of Marx, Gramsci, and Foucault, articulated through analyses of contemporary urban conditions in twentieth century Britain.

This lecture provides a basic account of the intellectual formation of Stuart Hall, situated as a colonial figure in the black diaspora, within the late-imperial metropole of London in the 1950s. Through an examination of Hall’s poetry, essays, and subsequent memoires of the period, the lecture will pose a number of critical questions for contemporary architectural history, theory and practice.

Nick Beech is lecturer in the History of London at the School of History, Queen Mary University of London. His research interests include construction histories (see his collaborative work with Katie Lloyd Thomas and Tilo Amhoff, Industries of Architecture), and architectural practice in municipal and national governments in Britain. Nick is now completing a book—From Progress to Possibility: Architecture and the New Left, 1956–1962—which concerns urban and architectural debates raised in the ‘New Left’ of the 1950s and 1960s. Frantz Fanon’s idea of colonialism as a ‘compartmentalized world’ provides a starting point for examining the separations but also the entanglements of the building world in Kenya at a time of colonial crisis. Fanon’s thinking was directly drawn to the claims made by ethno-psychiatry, which was instrumental in understanding Mau Mau revolt as symptomatic of the spatial dislocations and instabilities caused by modernity. Ethno-psychiatry would seem to be a footnote in the study of discredited sciences and of no interest to architectural history, were it not for its influence on policies of ‘villagisation’ drawing upon ideas of the pastoral and the vernacular.

This paper argues that this coercive means of population control cannot be isolated or compartmentalised from ‘architecture’, but that through discourses on race it is connected to many other facets of the production of space in colonialism: from the ‘high’ architecture of the state, through to ideal planning schemes, and modernist housing, both in Kenya and in London.

His book on the architecture of Alison and Peter Smithson will appear in 2018. Mark is currently working on two books: one is a study of Manchester as the ‘shock city’ of industrial change in the nineteenth century; the other (with Richard Williams) is an exploration of relations between architectural history and art history since the German tradition of Kunstwissenschaft. He is vice-president of the European Architectural History Network, and Director of the Architecture, Space and Society Centre at Birkbeck. 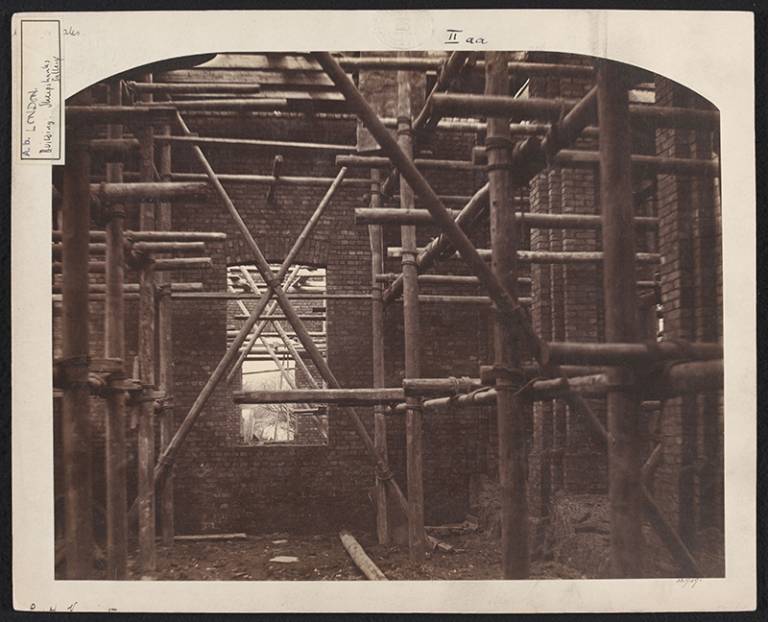 Exhibiting Architecture: the problem of representation

How do we – and how might we – exhibit architecture in a museum setting? In one sense the challenge of displaying architecture is complex: its scale, its materials, its immovability, and its site-specificity all seem to work against it being authentically displayed within the walls of a cultural institution. But are these challenges real, or a myth? What do we want out of an architectural exhibit? What curatorial strategies and solutions are there for exhibiting architecture and how can we use them to their full potential? The MA Architectural History 2016/17 cohort present Building Ruptures, a symposium, exhibition and publication launch. Building Ruptures will feature a series of position papers from guest speakers, presentations by graduating students, discussions with guest respondents and an exhibition of students’ work. 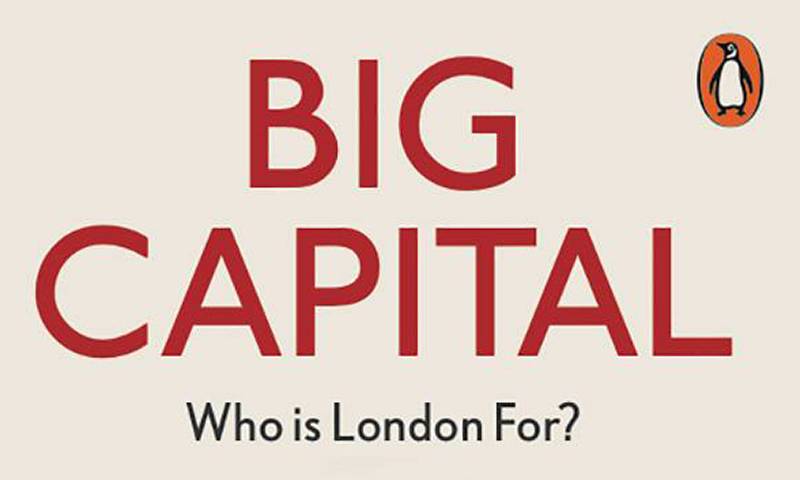 Anna Minton will talk about her book, 'Big Capital: Who is London for?', which investigates the causes of the housing crisis. The UK has long had a housing crisis but since the financial crash the situation has become acute, with soaring rents and house prices creating widespread housing precarity. At the same time, the demolition of housing estates is being accompanied by the development of hundreds of towers of luxury apartments in their place, out of reach for the majority and marketed to foreign investors. The financialisation and commodification of housing means that it has become primarily a financial asset rather than a public good and human right. How did we get here and what we can do to fix it?

Anna Minton is a writer, journalist and Reader in Architecture at the University of East London. She is the author of 'Big Capital: Who is London for?' (Penguin 2017) and 'Ground Control: Fear and happiness in the 21st century city' (Penguin 2009/12). Between 2011-14 she was the 1851 Royal Commission for the Great Exhibition Fellow in the Built Environment. She is Programme Leader of the University of East London's MRes Architecture programme, 'Reading the Neoliberal City', and is a regular contributor to the Guardian. 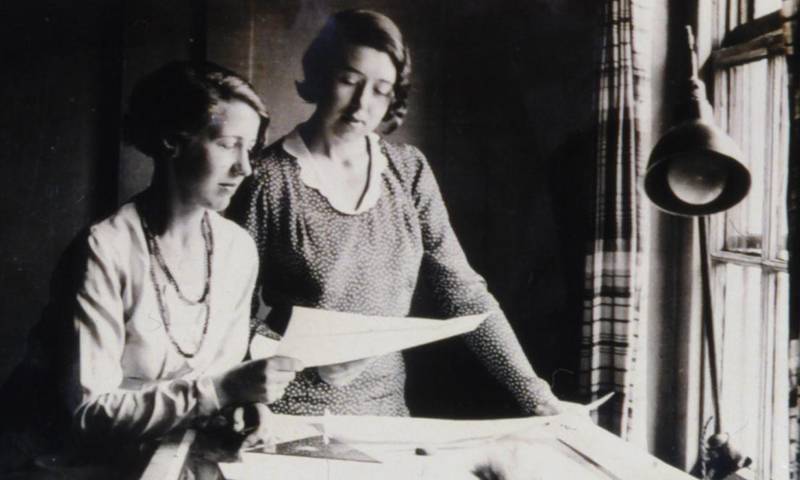 Having completed four years work on the AA XX 100 project – a book, exhibition and international conference celebrating 100 years of women in the Architectural Asssociation – Lynne Walker and Elizabeth Darling will consider the steep learning curve of the experience. They will reflect on how it emerged from, and fits in with, their previous work and perspectives on architecture, gender and history.

Elizabeth Darling is Reader in Architectural History at Oxford Brookes University. Her work focuses on gender, space and reform from the 1890s to the 1940s, the genesis and nature of English modernism between the wars, and sometimes the intersections between the two. Her books include 'Re-forming Britain' (2007), 'Women and the Making of Built Space in England' (2007) and 'Wells Coates' (2012), while her recent articles have explored queer space in Cambridge (Journal of British Studies, 2011) and womanliness and reform in the slums of Edinburgh in the early twentieth century (Gender and History, 2017).

Lynne Walker is a Senior Research Fellow at the Institute of Historical Research, University of London. She has written extensively on gender, space and architecture, having curated and edited the first historical assessment of British architecture designed by women, 'Women Architects: Their Work' (1984) at the RIBA. She extended her interest in a later RIBA exhibition and publication, 'Drawing on Diversity: Women, Architecture and Practice' (1997), which considered women’s participation in architecture from the late sixteenth to the late twentieth century. She has served as a member of the editorial boards of Art History, Journal of the Association of Art Historians and the Woman’s Art Journal (USA). 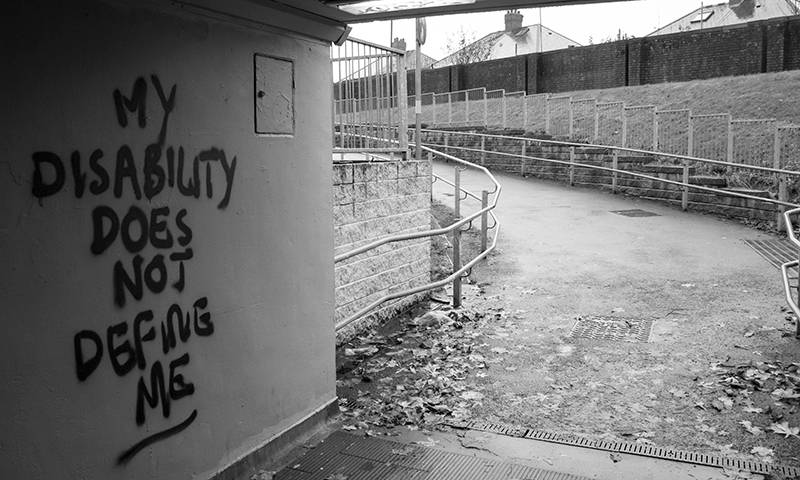 Originating in early feminist thinking, the ethics of care attends to bodies as fragile entities and affirms their interdependency with the world. Seeing bodies as both providers and receivers of care, the orientation offers a unique way to explore human change across the lifespan, while also opening a space for envisioning alternative arrangements of care beyond dominant institutional formations.

This lecture asks whether a distinctively architectural ethics of care is possible by discussing the design and use of a community building for disabled people in Berkeley, California. Interspersing scenes from the present of the building with ones from the 1960s and 1970s radical disability activism that influenced it, the lecture describes how architecture can serve as a speculative site for making and unmaking relationships of care between bodies, materials and spaces.

Dr. Kim Kullman is a lecturer in geography at the Open University. He has a longstanding interest in practices of urban mobility and especially in how these are learned, unlearned and re-learned across the life-course.

His current research explores the limits and possibilities of temporary urbanism as well as engaging with disability groups and practitioners to investigate everyday environments that seek to move beyond standard notions of accessibility and inclusion.

Image: Jeremy Segrott, My disability does not define me, 2016.

Image at the top of the page: the sixth floor of the Bartlett, photograph by Jack Hobhouse