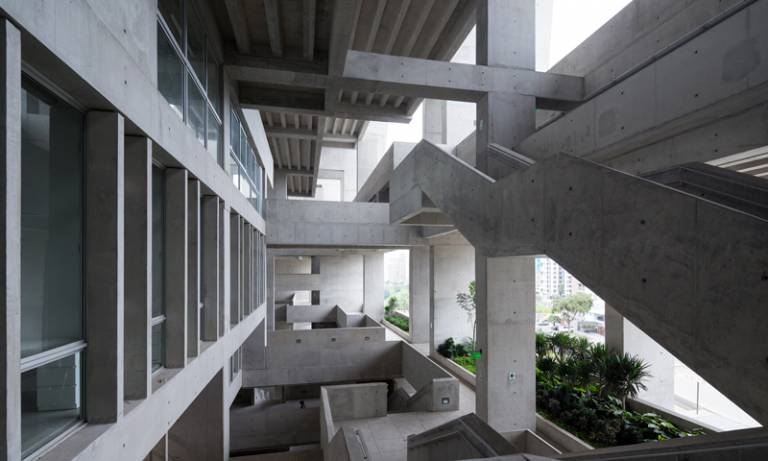 The Physics of Culture

In our experience the making of architecture is affected by both climate and culture which are inextricably linked. We chose this title, ‘The Physics of Culture’, for our presentation at the Venice Biennale 2016, where we explored the effect of the Peruvian climate and culture in the making of the UTEC University building in Lima. In this presentation we will continue this exploration using the examples of buildings in Ireland, Italy, France and UK.

Yvonne Farrell and Shelley McNamara co-founded Grafton Architects in 1978, having graduated from University College Dublin in 1974. Fellows of the RIAI, International Honorary Fellows of the RIBA and elected members of Aosdána, the eminent Irish Art organisation. Teachers at the School of Architecture at University College Dublin from 1976 to 2002, appointed as adjutant Professors at UCD in 2015, they have been visiting professors at EPFL, Lausanne 2010–2011, at Accademia di Archittettura, Mendrisio, 2008–2010, where they were appointed as full Professors in 2013.

They held the Kenzo Tange chair at GSD Harvard in 2010 and the Louis Kahn chair at Yale in the Fall of 2011. In 2016, Grafton Architects were awarded the inaugural RIBA international prize for the Universidad de Ingeniería & Tecnología (UTEC) Lima project.

Directors Gerard Carty and Philippe O’Sullivan have been with the practice since 1992.