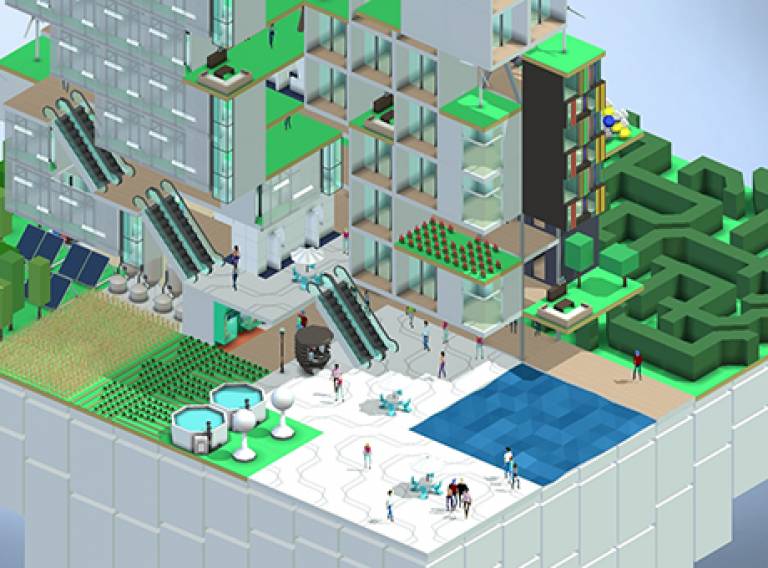 The Bartlett International Lecture Series is free and open to members of the public on a first-come, first-seated basis. Places are limited so early arrival is recommended.

Architecture of the commons

Architecture of the commons is a lecture that emerges as a form of resistance to a parametric agenda and the socio-economical implications it entails. Central to the argument is a criticism of the competition model in architectural design, which has conquered the decision-making process of public architecture, parametrizing the free labour of young architects and design firms and devaluing the practice of the discipline.

By rediscovering the commons in an age of social connectivity, it is possible to make an argument for the production of design and value in distributed non-exploitative networks.  The advocacy of parts and discrete architectures is rooted in a necessity of a vast combinatorial library that can allow design to perpetually remain novel in the hands of an active social system. The advent of technologies like video games comes to reinforce the role of human intelligence that is coupled with algorithmic augmentations.

In a time of a proliferation of neoliberal agendas, it has become necessary to understand the forces and infrastructures that can create an opposition. ‘Architecture of the Commons’ is the construction of a design framework that emphasizes the open source cooperation of architects with a community at large, utilizing socially enabled technology to accelerate the proliferation of value for multitudes.

Jose Sanchez is an Architect / Programmer / Game Designer based in Los Angeles, California. He is the director of the Plethora Project, a research and learning project investing in the future of on-line open-source knowledge. He is also the creator of Block’hood, an award-winning city building video game exploring notions of crowdsourced urbanism winner of the ‘Best Gameplay’ award at the 2016 Games for Change Festival in New York.

He has taught and guest lectured at several renowned institutions across the world, including the Architectural Association in London, the University of Applied Arts (Angewandte) in Vienna, ETH Zurich, The Bartlett School of Architecture, University College London, and the Ecole Nationale Supérieure D'Architecture in Paris.

Today, he is an Assistant Professor at USC School of Architecture in Los Angeles. His research ‘Gamescapes’ explores generative interfaces in the form of video games, speculating in modes of intelligence augmentation, combinatorics and open systems as a design medium.