This project is a study of how small-scale centres of social and economic activity are shaped by the way in which physical and social networks change their form through time. Due to their frequently being below the policy radar, there is a clear gap in knowledge about how smaller centres form part of the large-scale spatial/social network. The team's collective expertise allowed them to test a novel proposition about how centres of socio-economic activity emerge through time, for which existing theoretical models of centre-periphery or fringe-belt do not seem adequate.

The team addressed the question of how local self-organisation, design interventions and functional changes have an impact on large-scale network of connections. Their research provides evidence for targeted funding in the UK suburbs that "are required for preventative action to halt further decline in the suburbs and to avoid the need for major expenditure in the future".

At a time of great social and economic flux characterised by new communications technologies and radically changing patterns of work, living and consumption, suburban centres are critical to an urgently needed re-evaluation of how to plan for the future growth of our older cities.

The UK’s suburbs are overlooked and poorly understood.  The word ‘suburb’ betrays their perceived status as places that are subordinate to the centre.  Urban policy has tended to treat them simply as extensions of towns and cities and as places where nothing changes, rather than as separate entities we can learn from, with their own particular characteristics.

The Adaptable Suburbs research project ran for a period of four years until spring 2014. It set out to explore the influence of social interactions and spatial movement on the economic vitality and adaptability of London’s outer suburban town centres by studying its spatial evolution, built form change and shifts in land use patterns since the 19th century in order to draw conclusions on the factors involved in how high streets adapt and change over time.

The core objective of the project was to develop an understanding of the workings of small scale, 'below the radar' economic and social sub-urban activities – such as small groups of offices, workshops or shops at the edge of the town centre. These activities play a vital role in the economic, social and environmental sustainability of urban areas but since research and policy intervention focus on regional centres and large projects, there is a lack of knowledge about these activities, and therefore a lack of policy attention to them.

The team had found little evidence in their previous work on suburban town centres that these elements operate at multiple scales – for example, that local centres emerge through time as an outcome of both local travel to work patterns and long distance movements. In particular, these activities are not sufficiently understood in the context of local planning and economic decisions.

By integrating theories and methods from architecture, anthropology, history and geography, the team created the tools to handle large data sets on street-level activity within and around town centres and have gained extensive knowledge and understanding to interpret the spatially related social/economic data in order to address key questions about the future of the UK urban environment.

View the full list of publications for this research project, including journal articles, working papers, conference papers and presentations.

The team was able to test a novel proposition about how centres of socio-economic activity emerge through time. In order to do this they developed unique methods for cartographic redrawing of historic street networks and building footprints for the spatial description and analysis of morphological change over time using space syntax and urban form analysis.

They captured historic business directory data for three periods from 1890 to 1960 and carried out a survey of current land uses across four outer London cases: High Barnet, Loughton, South Norwood and Surbiton to create a spatial database of land uses.

The project developed a GIS-based algorithm to capture in a single analytic framework all these spatially-related data. This allowed for a deep understanding of the nature of the high street as it has changed over the past 130 years and the team published the results in a variety of outlets, whilst analysis is planned to continue well beyond the life of the project.

The project found that settlement at the urban fringe encompasses patterns of settlement, economic patterns and housing stock that whilst being characteristically suburban according to conventional measures of density or distribution of land uses, nevertheless illustrate the fundamental linked nature of the city’s larger and smaller centres into a single system.

London’s suburbs, though thought to be places where people live to simply commute into the city, are entities in their own right. Whilst at the start of their emergence as suburban settlements in the 19th century, these communities were largely self-sustaining, today they constitute embedded entities within the wider urban network.

The analysis demonstrated the importance of adaptability: of the street network, of the buildings and of the land uses within them. A butcher’s shop may have been in that location for over 100 years, though the name or ownership may have changed; thus, proving a continued need for this keystone establishment in the community.

Alternatively, depending on the building size and shape, businesses can easily move in or out, contributing to the shifting diversity of non-domestic activity in the area as it responds to social and economic change. The analysis also highlighted how certain pathways in the street network lends themselves to particular classes of activity – a form of path dependence that evidently relates to how accessible they are to local residents. 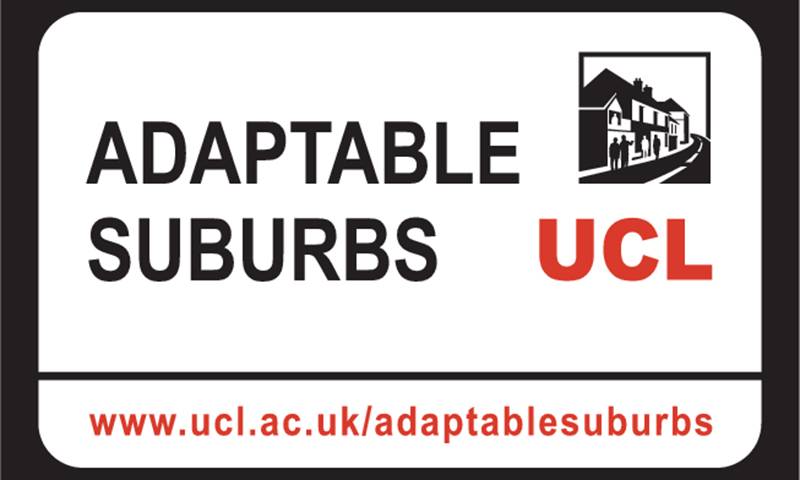