Making and Enabling the Case for Walking in Transport Planning 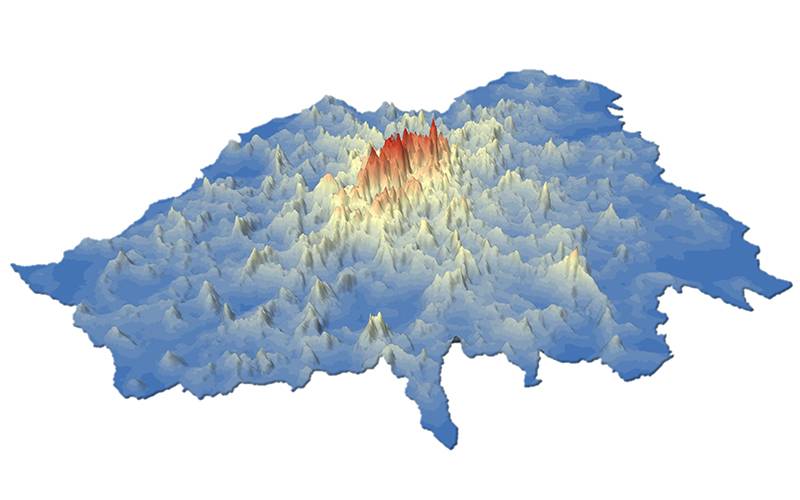 Imagine driving out of a town centre and then suddenly driving off-road. It seems absurd, doesn’t it? But for pedestrians, these sudden gaps in walking infrastructure are common. While the past two decades have seen a proliferation of plans for cycling in the UK, the same can’t be said for walking.

This observation was the starting point that led Dr Ashley Dhanani from the Space Syntax Laboratory, to develop a tool for estimating pedestrian demand based on modelling features of the built environment – such as the network structure of streets, population distribution, transport accessibility and land-use characteristics.

“Effective planning for active travel modes has become central to transport planning," says Dr Ashley Dhanani, Research Associate in the Space Syntax Laboratory at The Bartlett School of Architecture. "And while planners might intuitively understand how to do that when it comes to walking, when you’re making a case in local and regional government decision-making an impartial data view is vital. And for that you need analytical data-driven tools.”

The model started small. Ashley was working on the Street Mobility Project with the aim of identifying how, and to what extent, pedestrian activity was likely or not in a given location – in this case, Woodberry Down in Seven Sisters, north London.

On the project’s advisory group was Lucy Saunders, a Transport for London (TfL) public health specialist (now Director of Healthy Streets). She saw the potential use of the model and offered to collaborate, Tfl then provided data on pedestrian trips from the London Travel Demand Survey so that Ashley could validate it.

A larger project followed with TfL, this time looking at the characteristics of all the London Boroughs, and broadening its remit to examine health, deprivation, car ownership, mode switching and motorist-pedestrian potential conflict in relation to the pedestrian demand model.

The way the pedestrian demand model is constructed allows for analysis across all scales – from individual streets to cities and regions. This means it can be used for spatial infrastructure planning at all scales. It can be used to identify core walking zones, and from these core walking networks, which one represents the most important roads and connections between them for pedestrians. This analysis can then be used to prioritise pedestrian infrastructure, as well as identify problem areas that fall within the zones.

A walking model for the UK

The Department for Transport (DfT) heard about the model just as it was about to begin a two-year national project with 36 local authorities to develop 10-year walking and cycling infrastructure plans (LCWIP). DfT asked Ashley if he could expand it nationally. Over the course of a year, he processed and combined the tens of millions of data points needed for the nationwide model.

“The way the walkability model grew highlights the importance of having a diverse mix of external partners and advisors involved at the research stage," says Ashley. "All of this came from the meeting with our first advisory board – that’s how valuable external collaboration is. It would have been a lot harder to develop this and pitch it afterwards.”

With the national walkability model built, Ashley trialled it with six local authorities – Greater Manchester, Liverpool, Tees Valley, Essex, Plymouth and Leicester. In each place, he ran workshops with the transport planners to show how the model could provide a quantitative and spatial evidence base for policy development and infrastructure planning for walking.

“With Essex County Council we did an exercise where the planners looked at their town and they identified areas that were important for walking, and then used that analysis to come up with what they thought the priority walking network should be," Ashley explains. "I then presented my analysis, but just from the data modelling. Remarkably, the network was nearly identical.”

Ashley says that to be able to go from national-level data modelling, down to market-town level and find that it was the same as what local experts were saying, “was surprising and exhilarating”. But, he says, just because a model can be validated, doesn’t preclude researchers from spending time out on the road: “However good your analysis, if the local stakeholders don’t understand it, or trust it, they won’t use it. You still need to get out there and build relationships.”

Research is led by Dr Ashley Dhanani, Research Associate within the Space Syntax Laboratory at The Bartlett School of Architecture.