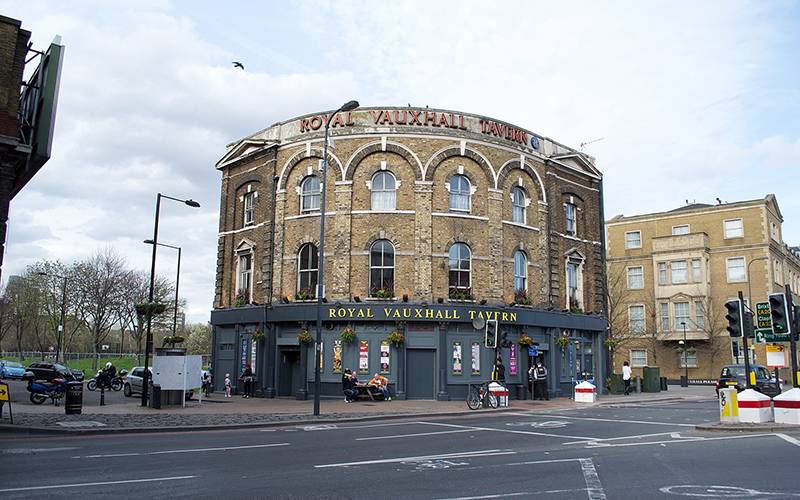 Since May 2016, Professor Ben Campkin has led research on London’s Lesbian, Gay, Bisexual, Trans and Queer (LGBTQ+) nightlife through a series of partnerships with community groups and the Greater London Authority (GLA). This research comes in the wake of a large number of closures of LGBTQ+ venues in the capital, threatening crucial social and cultural infrastructure.

“We found that the number of LGBTQ+ venues in London more than halved in the last decade," said Ben Campkin, Professor of History and Theory of Architecture and Urbanism, The Bartlett School of Architecture. "These closures have led to the creation of campaign groups fighting to protect threatened establishments and to re-open long-standing venues that have already closed.”

The data behind the headlines

Urban Lab’s findings not only reveal the declining number of venues, but also the diversity of the capital’s LGBTQ+ nightlife and the important contributions that such venues and events make to neighbourhoods and community life, wellbeing, culture and the night-time economy.

“The evidence shows how media conversations on the topic have largely focused on venues that have predominantly served communities of white, cisgendered, gay men," Ben said. "In our work Lo Marshall and I have noted that the groups operating most of the licensed venues highlight unequal representation, power dynamics and access to space within LGBTQ+ communities.”

The significance of the pilot project’s findings were recognised by the Mayor of London, Sadiq Khan, who commissioned Ben to complete a detailed dataset of licensed venues for the past decade. At that time, the Mayor had recently appointed London’s first Night Czar, Amy Lamé, and the commission was to both positively support her work and inform his new Cultural Infrastructure Strategy.

“In this phase of work, we ascertained that the number of LGBTQ+ venues in London had fallen by 58% since 2006," said Ben.

The findings were documented in a report, LGBTQ+ Cultural Infrastructure in London: Night Venues, 2006-present, and published in the journal Soundings. News of the dramatic drop was picked up in more than 50 news articles and programmes, including: BBC London News, ITV News, HuffPost, The Architects’ Journal, The Daily Telegraph, The Economist, The Guardian, Time Out and The New York Times.

“The drop in LGBTQ+ venues is more alarming when seen alongside wider trends, such as the recent increase in homophobic and transphobic hate crimes and the persistent health inequalities experience by LGBTQ+ people," Ben explained. For example, figures from both the National Institute for Mental Health in England and Stonewall in 2018, showed that LGBTQ+ communities have above-average levels of people struggling with poor mental health and wellbeing, linked to social stigma and isolation, amongst other issues.

The GLA’s Cultural Infrastructure Strategy has been shaped by Urban Lab’s research and it has also impacted planning policy, influencing  the Mayor’s LGBTQ+ Venues Charter and informing Supplementary Planning Guidance on culture and the night-time economy.

“The Charter is designed to help safeguard venues for London’s LGBTQ+ communities and to act as a tool for communities and developers to work productively with the GLA and Night Czar to understand, retain or re-provide venues.” Ben explained.

The venues database, created by Urban Lab, is now maintained by the GLA and the data features in a new London-wide Cultural Infrastructure Map. Archive material collated during the research also formed the basis of a major exhibition at the Whitechapel Gallery in 2019. ‘Queer Spaces: London, 1980s – Today’ presents findings from the study of queer venues, highlighting a selection of unique stories, alongside new commissions by artists concerned with LGBTQ+ cultural life.

Building an evidence base

The work with the GLA was followed by a new partnership in 2019 with the London Borough of Camden, an area with a large LGBTQ+ community and a history of important LGBTQ+ spaces. Ben was awarded a small grant from UCL Public Policy, and again worked with Lo to help the council and partners build detailed evidence of the changing profile the borough’s LGBTQ+ communities and both its day- and night-time spaces since the 1980s.

“Historically, Camden Council underwrote loans to help businesses set up innovative spaces," said Ben. "We’re mapping the data we have for the area and we’re holding a roundtable with stakeholders from Camden Council, and local LGBTQ+ groups, to understand how these relationships can be nurtured.”

The research findings have also directly influenced policy and decision making in other London boroughs such as Westminster, Tower Hamlets and Southwark. The project instigated a collaboration to produce a community response to the Draft London Plan, co-written with Queer Spaces Network and Planning Out. This has had an impact on the consideration of matters of equalities and inclusion in the plan’s Examination in Public. The research is also a touchstone in LGBTQ+ planning network Planning Out’s new Toolkit for LGBTQ+ venues.

The research has been informed by, and has informed, the work of campaigns for community spaces in London such as the LGBTQIA+ Community Centre project and Friends of the Joiners’ Arms, and has connected these contemporary groups to community members who were involved in comparable projects in the past.

Ben’s research will take an international turn this year in a three-year project, funded up to €1m by the Humanities in the European Research Area (HERA) network and led by Dr Sarah Brandellero at Leiden University in the Netherlands. Night spaces: migration, culture and Integration in Europe’ brings together an international team of researchers in eight European cities.

“The work we will be doing, with community organisations, will look at how LGBTQ+ migrant communities have created public spaces at night in London," Ben explained. "It will see us working with London’s Night Czar again and also the Night Mayor of Amsterdam. The intention is to positively inform future policy approaches to the night-time, which is often dominated by economic considerations. In competitive cities, minority-interest spaces are under pressure because of rising real-estate and rental values, even when they are positively contributing to culture and social integration. The loss of even a small number of venues can have a big impact on the most marginalised groups.”

Research is led by Ben Campkin, Professor of the History and Theory of Architecture and Urbanism, and Co-Director of UCL Urban Laboratory (Director, 2011–2018). Lo Marshall, an ESRC-funded doctoral candidate and Urban Lab Research Assistant has worked on different phases of the project and has collaborated on publications and events. Other research assistants who have contributed are Robert Clinton, Chris Storey and Cristián Valenzuela.