London is a world city, and a world within a city – and The Bartlett is right at the heart of it. There’s no better place to be a student of the built environment. The Bartlett is part of London’s world-class cluster of cutting-edge expertise in the built environment. Nearby are major firms such as Arup, Foster + Partners, Wilkinson Eyre, Buro Happold, Land Securities, Mace and Zaha Hadid Architects, to name but a few, plus dozens of smaller, studio-sized consultancies.

Within the extraordinary cultural compass of the city, you’ll find galleries and collections that relate directly to the built environment, such as those at the Building Centre, the V&A and the Royal Institute of British Architects. The British Architectural Library at the RIBA is considered one of the best in the world.

The Bartlett’s location and breadth of expertise means we have a significant say in policy-making concerning the built environment: there’s a constant dialogue with Whitehall, government departments and the professional institutions, which are all close to hand.

And then there’s the physical city itself, a constantly evolving showcase and laboratory for ideas in architecture, infrastructure, planning, development, place-making and urbanism.

As a responsible citizen, much of The Bartlett’s work focuses on the city it calls home. Within walking distance are the Foster + Partners’ Great Court at the British Museum, the new King’s Cross Station designed by John McAslan, and Europe’s largest urban regeneration scheme at King’s Cross Central. Further afield are The Shard, Tate Modern and the Olympic Park at Stratford. 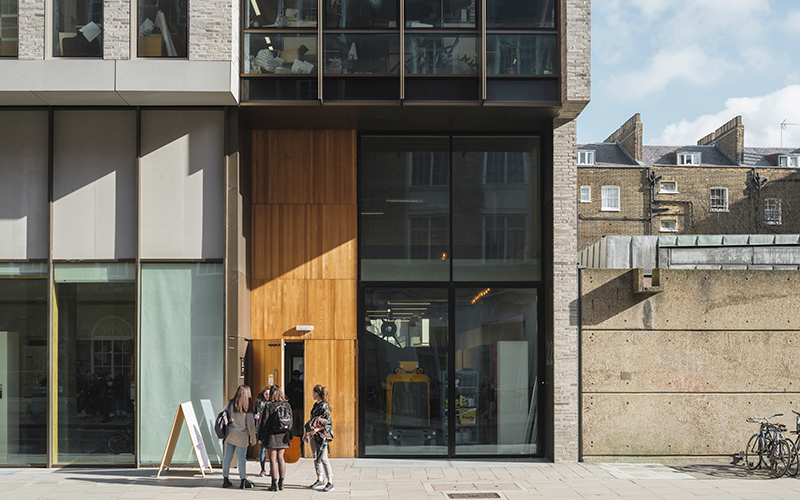 Explore all of The Bartlett buildings using this online interactive map

The Bartlett School of Architecture at 22 Gordon Street has space for 96 bicycles to be stored securely. Lockers are provided for members of staff to store belongings and there are 2 showers in the building. For external guests there is plenty of on-street parking, or your host may be able to accompany you to the secure parking.