Professor Matthew Beaumont wants to start a social movement to encourage pedestrians to reclaim their attention from their phones as they walk the city streets. 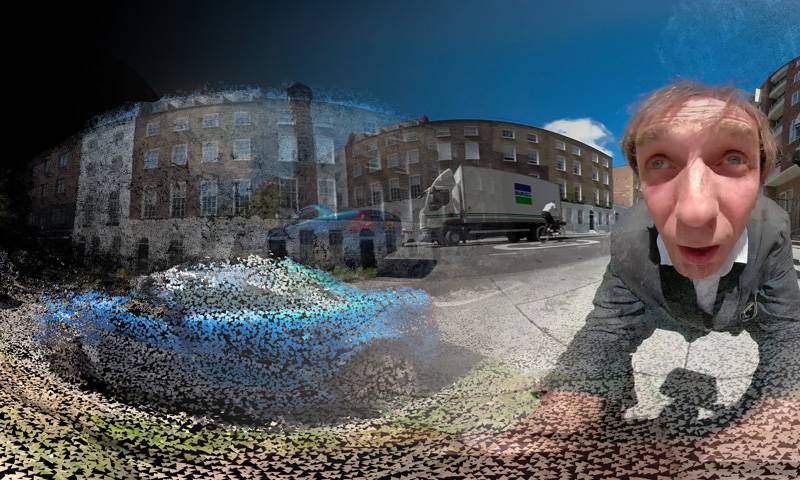 We are in the midst of an epidemic of distracted walking: look around you, in any city, and it is likely that at least half the pedestrians sharing the street with you will be engaging with their phones in some way. This growing phenomenon is of great interest to Professor Matthew Beaumont, Co-Director of UCL’s Urban Laboratory, and responsible for its Cities Imaginaries research strand.

In June 2019, Beaumont led students on a tour of the streets around UCL’s main campus in Bloomsbury, to encourage some deeper observations of these familiar surroundings. He says: “Some had phones and some had maps. It was all about noticing how we negotiate local space. How you might walk distractedly and how you might walk undistractedly.”

Beaumont’s writings explore how pedestrian activity highlights shifts in both human and urban conditions. His most recent book, Nightwalking: A Nocturnal History of London looked at walking as a subversive or illicit act from the middle ages onwards. He says: “I’m interested in earlier periods of rapid modernisation, particularly in the 19th century. But we’re undergoing our own period of rapid modernisation through digitisation.”

The urge for that drives pedestrians to switch off from their surroundings via engagement with the multiple seductions of smartphones - whether it’s social media, navigational tools or music, which has implications beyond those of mere road safety, says Beaumont. “It is incumbent on us to walk in undistracted ways in our cities, because they are being colonised by private interests and technologies whose role is to police us and construct us as consumers in ways we don’t have much control over, and which don’t do us any favours.”

Just as importantly, he says, is the sensory impoverishment that results from this distraction.

Beaumont hopes to spark nothing less than a social movement. To this end, he showed two films – made with Duncan Hay and Valerio Signorelli at The Bartlett’s Centre for Advanced Spatial Analysis – at an Urban Lab event in October 2019. One was an observational tour of Fitzrovia with author and psychogeographer Will Self, and the other of a series of walks conducted by PhD students.

It’s just the start. For example, Beaumont plans to set up an online platform where people in cities everywhere can post smartphone snaps of elements of their neighbourhoods which they have spotted only through undistracted walking, encouraging the use of these “weapons of mass distraction” as tools for observation.