100 years of The Bartlett

The Bartlett turned 100 in 2019, marking a century since Sir Herbert Bartlett became our namesake. 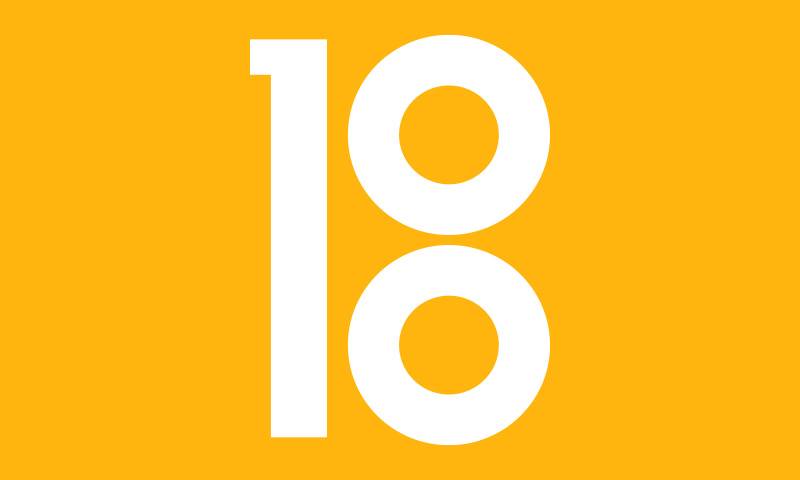 We ran a year-long campaign to celebrate, exploring 100 years of radical thinking, research and collaboration through stories and events.

In 1911, Sir Herbert Henry Bartlett, a civil engineer and building contractor, gave a £30,000 donation to UCL to fund a new building to house the School of Architecture, along with the Department of Applied Statistics and studios for the teaching of sculpture.

Bartlett was the sole proprietor of Perry & Company, a civil engineering firm based in Bow, East London, and  responsible for a number of significant building projects in London throughout the second half of the 19th century, including Tower Bridge, Waterloo Station and St. Thomas’ Hospital.

He chose to remain an anonymous donor to UCL until 1919 when he consented to his name being revealed, and consequently the faculty being named after him.

Our centenary celebrations started with 100 stories published over 100 days on our campaign website Bartlett100.com and promoted on social media. Each story offered a different perspective on The Bartlett from a different moment in time over the past century.

Stories were sourced via a questionnaire completed by each of our schools and institutes to uncover the people and projects that have shaped the faculty, as well as the work we’re doing now to redefine the built environment for the next 100 years.

Two researchers were also commissioned to write short histories of all the buildings The Bartlett has inhabited, as well as a historical timeline of the faculty and a profile of our namesake, Sir Herbert Henry Bartlett.

More than 20 Bartlett alumni were interviewed as part of our 100 stories, spanning the breadth of the faculty. There’s alumnus Nick Wates, who shared his story of community activism at Tolmers Square. There are interviews with lighting designer Florence Lam (Arup), architect Narinder Sagoo (Foster + Partners), founder of FutureBricks Arya Taware, and bestselling author and academic Lesley Lokko. And there are profiles of those no longer with us, such as Selwyn Goldsmith, who invented the dropped curb.

Most popular stories by views over the first 100 days

1/ A new way of mapping the city

Open-data platform Colouring London is redefining the use of city building data.

Sociologist Ruth Glass coined the term 'gentrification' in 1964 to describe change in London.

3/ What can maps tell us about society?

How spatial analysis of historical maps can reveal more than statistical data.

Understanding how the design decisions of architects have an impact on people’s behaviour within buildings.

5/ How to manage a megaproject

A central feature of The Bartlett 100 brand was a custom typeface created by font foundry Colophon. The brief was to create a distinctive display typeface that felt celebratory but challenging; that was progressive without being futuristic; and that was accessible for a digital-first campaign.

Edd Harrington, Co-founder of Colophon, says that the challenge led them to look into the notion of ‘radical’ and how this could be appropriated to a system. He says the concept became how “a single defined space would determine the stylistic qualities of the letterforms”. This led to the use of a ‘fixed pitch’ or monospaced system where each letter occupies the same amount of space.

“The challenge arose when designing these monospaced forms, due to uncomfortable moments where letter width and spacing create a conflicting balance. But it’s these moments that give the font its essential character.”

The font has Serif, Sans Regular and Sans Bold styles. Two styles and two colours are always used together to emphasise the value of collaboration in creating new forms and ways of seeing things differently.

The year-long Bartlett 100 campaign culminated in the publication of a book compiling all 100 stories published on Bartlett100.com, together with full-bleed photography from featured projects and from The Bartlett and UCL archives.

Printed on high-quality paper stocks in two special colours, The Bartlett 100 book is a commemorative publication and physical record of the faculty’s history. The book had a limited print run and copies can be found in The Bartlett Library at Central House.

The big questions for the next 100 years

Our 100 stories series culminated in an interactive exhibition, which ran from 2–18 May 2019 in the ground-floor space at The Bartlett’s headquarters, 22 Gordon Street. ‘The Next 100 Years’ was designed to provoke ideas about where the built environment is succeeding or failing, and invited visitors to tell us what they thought were the most important questions it faces over the next century.

From the hundreds of responses the exhibition received, 12 core themes emerged, which have formed the foundation of Our Commitment to Change. This is an ongoing project that is helping to shape how The Bartlett will build a better future. You can find out more about it at: ucl.ac.uk/bartlett/build-a-better-future

100 events from London to Sierra Leone

In the run up to the centenary year, each school and institute was invited to pitch an idea for an event they would like to curate as part of the Bartlett 100 celebrations. Selected events were then given financial and logistical support by the faculty team, and promoted via Bartlett100.com, a biannual campaign events flyer and social media. Bartlett 100 also became a partner brand for existing events across the faculty.

The breadth of the events reflected the diversity of expertise at The Bartlett: a lecture on public service delivery, a conference exploring the next real-estate century, pavilions by The Bartlett’s MEng students, a conference on urban development in Sierra Leone, and much more.

Three of the biggest events by attendance

Exploring the rise of the wellbeing agenda among building designers and urban planners. Organised by the Institute for Environmental Design and Engineering.

2/ Conference: The Case for Affordable Housing

Exploring global case studies focused on new tools and models for financing affordable housing. Organised by the School of Construction and Project Management.

Exploring how the buildings that we create today will be used in 100 years’ time; who will own, manage and occupy them, and digital technology will change the way we use buildings. Organised by the Real Estate Institute.