Professor Andrew Burn's EPSRC-funded project to create a digital archive of traditional play culture aims to use the past to invent the future of urban play spaces. 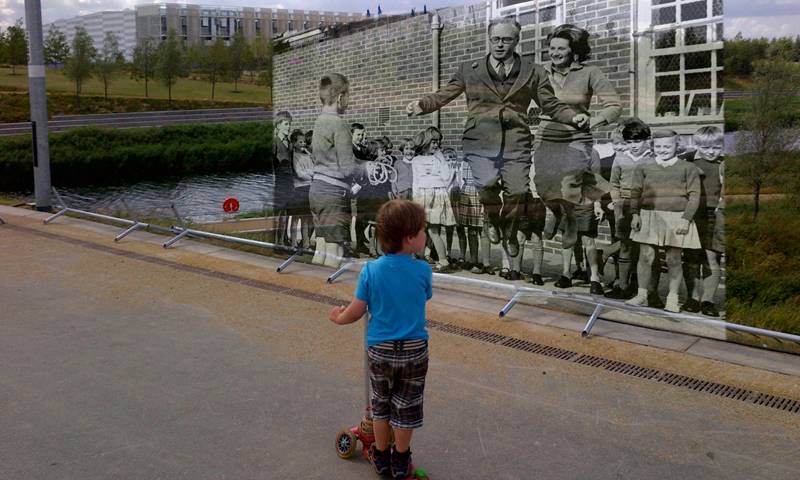 Negative stereotypes about contemporary play are being challenged through Playing The Archive, a project led by the UCL Institute of Education, collaborating with specialists in virtual reality at The Bartlett’s Centre for Advanced Spatial Analysis. The project, which addresses the ephemeral nature of practices and memories encoded in play, could also inform the design of future urban play spaces.

The project’s starting point is the Opie manuscript archive, which is held at the Bodleian Libraries. Husband-and-wife team Peter and Iona Opie, who collected children's folklore in the 1950s and 1960s, helped to establish childhood culture as a serious area of study.

Playing The Archive sets out to digitise and catalogue the Opie archive, creating a new catalogue to be designed and hosted by the Digital Humanities Institute at Sheffield University. “Cataloguing sounds kind of dry but it’s no mean feat,” says Professor Andrew Burn at the UCL Institute of Education’s Knowledge Lab, who put the bid together. “Is it a clapping game, a singing game, a gender game? There needs to be a lot of cross-referencing.”

The project also sets out to update the archive and look at cultures of contemporary play in playgrounds, in order to better understand them. “There is a feeling that traditional play is under threat from online games, but we know that’s not true,” says Burn. “Empirical research evidence can combat the simple stereotypes.”

Burn explored the relationship between traditional and digital play in a project five years ago. Play has always been media-based, he explains. “The big difference now is that video games and virtual worlds are constructed not just as narratives but as games. But kids treat these media as cultural currency, to create their own play cultures.”

Meanwhile, a virtual reality play environment based on the archive will be designed and installed at the V&A Museum of Childhood in London and at Sheffield’s Weston Park Museum. This part of the project is led by the team at CASA: Andy Hudson--Smith, Duncan Hay and Valerio Signorelli. CASA will also contribute to experimental ‘smart’ playtrails in London and Sheffield, developed by landscape architects at the University of Sheffield.

Some of the project’s objectives will be delivered through merged or mixed reality, as a way of addressing the relationship between the physical and non-physical worlds in which children’s play takes place.

Funded by the EPSRC through the Content Creation and Consumption in the Digital Economy theme, the programme has a string of illustrious partners, some of which were involved with Burn’s previous project. As well as the Bodleian Libraries, Sheffield University and the UCL Institute of Education are involved.

The team’s findings could have an impact on upcoming playgrounds, believes Burn: “We will be talking to play workers and policy-makers, so there’s a possible planning dimension, which will allow us to consider how this can help us to design urban play spaces in the future.”

The Bartlett Review 2018
Words: Clare Dowdy
Image: Valerio Signorelli and John Potter
Image caption: A child uses a virtual reality headset to look at an image of a man and woman skipping as part of CASA’s virtual reality play environment based on the play archive