Completed just months before the Carillion collapse, Castles in the Air?, Professor Hedley Smyth’s analysis of British main contractors, reads like a premonition. 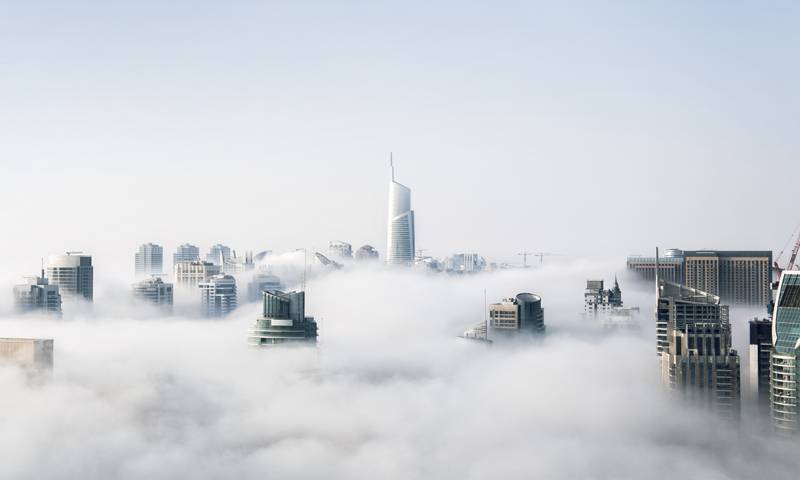 We unpack the story of an industry that has to decide: is it on the brink of collapse or change?

“Construction costs were outstripping the gains in productivity needed to offset them at a ratio of nearly two to one between 1963 and 1970. There was a lack of investment to address the issue: executives battened down the hatches

How does an industry go from being the envy of the world to producing one of Britain’s biggest corporate failures of modern times? The story that links the 1960s behemoths of UK construction to the £7bn collapse of Carillion earlier this year contains no accidents, misfortunes or sudden technological disruption. It is a story of the steady siege of long-term business planning by short-term commercial considerations, that could only lead UK main contractors to where they are today: a broken business model, parlous prospects and little hope.

The story is told by Hedley Smyth, Professor of Project Enterprises at The Bartlett School of Construction and Project Management, in Castles in the Air? The Evolution of British Main Contractors, published in February 2018. It offers the key to understanding how the industry can rescue itself from its current perilous state.

The working dogs of war

The story starts in the 1930s, when many of the firms that would dominate UK construction following WW2 were taking shape. Costain, Laing and Taylor Woodrow had been housebuilders in the interwar years, supporting the growth of suburbia and the trend to office working. Sir Robert McAlpine focused on profitable, high-profile civil engineering or energy projects, such as building coal-fired power stations. Now their efforts were called upon for the re-armament effort – airfields, barracks, munitions and plant factories and so on.

These were exceptional times: with firms over-stretched, government took increasing control of the market to get things done. No time for competitive bidding meant work was concentrated in the hands of a few large reputed firms through cost-plus and then target-cost contracts, which many saw as unfair. Wimpey won so many Scottish airfield contracts that a public enquiry was launched into unfair allocation, but none was found.

With government quotas restricting the amount of work per office, the big firms simply added new offices, spreading them around the country and separating the centralised management of HQ from the operational control of the local branch. This distributed organisational model would help to define the contractor business model.

Post-war rebuilding efforts followed a similar pattern. The Labour government largely kept control of the market – a move that suited the major firms, who distributed their efforts between challenging civil engineering work and the scarcer opportunities available in the restricted commercial building sector. By the early 1950s, the sector was motoring; the size and expertise of the major UK construction firms was now bettered only by those in the US. 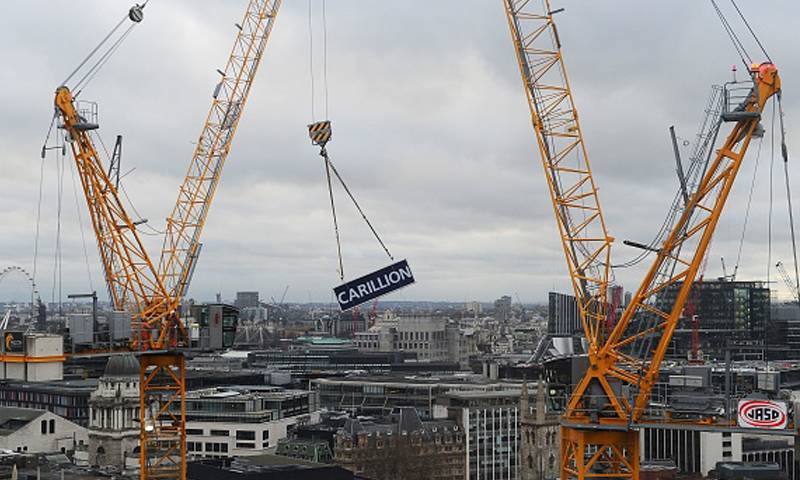 While work was plentiful, however, margins were shrinking. Construction costs – notably raw materials and labour – were outstripping the gains in productivity needed to offset them at a ratio of nearly two to one between 1963 and 1970. There was a lack of investment to address the issue: executives battened down the hatches, eschewing risk. Plenty of work, however, meant plenty of cash flow – ‘working capital’ in the parlance. A growth in subcontracting (which would become a defining trend in future years) meant this collected for a period in the hands of the contracting firms.

What to do with all the cash? The era’s high interest rates meant good returns for those with spare cash to invest. If contractors could delay payment of their subcontractors, they had a huge pile of surplus capital to put to work collecting interest. A business model based on squeezing returns out of subcontractors and retaining trade credit led to a high return on capital employed, or ROCE.

This piece of early financial engineering was a key plank of the contractors’ developing business model. It established a practice of underinvestment alongside a strategic vacuum that remain the industry’s main problems today.

Hobbled by the reluctance to invest, UK firms had established a pattern of chasing the work. As they reached out to international markets, such as the oil-boom-fuelled Middle East, new work was won by applying existing skills to new projects. This gave a false sense of security for continued growth.

The government-driven imperative for innovation that had characterised the wartime years was gone – replaced by the risk-aversion born of shrinking margins and a focus on short-term profits by managing cash flow and trade credit. The shift of ownership from families to professional managers accelerated the trend. As the modern era of globalised construction firms began, firm-wide strategic investment and innovation was ending. In its place came a focus on cost control, satisfying short-term shareholder demands and individual projects, rather than the wider firm.

With the downturn of the 1970s, power slipped from the hands of engineers and construction staff – focused on technology and technical expertise – towards finance departments – focused on low investment and expenditure. In a shift that came to define the modern era, anything that was not generating revenue became an overhead, ripe for cutting: cash-flow management was king.

“What is important at the big firms is turnover. That is what analysts look at. Getting more work becomes more important than doing it at the right price,” says Jim Meikle, Professor in the Economics of the Construction Sector at The Bartlett School of Construction and Project Management.

Turned over by turnover

Short-sighted at the best of times, such an approach is particularly destabilising in a downturn. In the first case it encourages suicidal bidding, where firms price their bids so low they cannot make a profit (since the cash flow itself is valuable to them even when they make a project loss). In the second case, it lengthens payment delays to subcontractors, so that firms can maximise the income from investing the cash. “This reduces stability within the industry as a whole,” says Brian Green, who edits the annual Housing Market Intelligence Report.

Governments indulged an unhealthy trend by continuing to award contracts purely on price, without taking into account the financial health of the firms doing them or the quality of the work, notes Meikle.

By 1990, Hillebrandt (a former UCL Professor) and Cannon could summarise the situation in their book Modern Construction Firm without any reference to building things: “the principal resource of construction companies is
Management”.

Management turned out to be something that UK contracting firms weren’t very good at. While strategic planning was emerging as the central pillar of management in fast-developing sectors like car making, at UK main contractors the focus on cash flow sent them obsessively chasing the next job, stymying efforts at long-term strategic planning.

While all this was happening, European contractors, who were exposed to many of the same commercial pressures, were taking a very different path that would lead rapidly to their domination. These firms had made the same quest to cut costs while retaining a wider business strategy, based on expanding their geographic reach. Bouygues established a UK office then grew organically. Firms like Hochtief and Skanska, which favoured acquisition, found takeover opportunities.

In the 1980s and 1990s, investors began to refocus their portfolios on a diverse range of companies and sectors exposed to the economic cycle in different ways. This approach only worked if investors knew exactly which bit of the economy each stock was exposed to, so they pushed the firms they owned to focus on their “core competencies”, and to sell off anything else.

“It made the markets more short-term in their thinking and thus put pressure on stocks to deliver dividends above other factors. This reinforced the short-termism experienced by contractors,” says Smyth.

The cautious introversion of UK firms was no match for the bolder expansionism of their European peers. From their total dominance over European firms in the 1960s, by 1996 only one large UK contractor, Amec, could scrape into Europe’s largest 10 firms by turnover. Two decades later, in 2015, British contractors had 6% cent of turnover among Europe’s ten largest firms, compared to 47% for French firms and 27% for Spanish firms.

However, European firms were constrained by the same business model as those in the UK: their boldness owed more to market protection. “French contractors own shares in each other, meaning they can vote down takeovers from foreign companies. In Germany, all the major firms have full executives from the major banking groups on their boards, ensuring them preferential lines of credit, as well as providing a degree of external accountability,” says Smyth.

The collapse of Carillion – which began life as Tarmac – illustrates, in stark detail, the consequences of the long, slow failure of the UK main contractors’ business model.

Green says: “Having built a very diverse business with housing and materials underpinned with cash generated by contracting, Tarmac followed the fashion to divest and focus, as the environment changed.”

“In turn, it began to move towards being a ‘services’ business following the fashion to focus on facilities management and support services. The shift tapped into the outsourcing move that was occurring in public services. There was an added bonus for listed firms in that their share price was boosted, since the services sector was rated higher than construction,” says Green.

“[They] were largely about rebadging existing activities to present the company as dynamic to the stock market. Behind the rhetoric, little of substance changed

But the series of restructurings this entailed were little more than window dressing. “[They] were largely about rebadging existing activities to present the company as dynamic to the stock market. Behind the rhetoric, little of substance changed,” writes Smyth in Castles in the Air?

Carillion’s business model was still based on making whatever money it could out of the ROCE model – no easy feat in an era of low interest rates. “Growth came from acquisitions and securing work at low margins,” writes Smyth.

Governments – especially those of the austerity era – have done little to discourage the practice, instead driving down costs by taking tenders that they knew were unsustainable.

“This part of the business model no longer stands up in an environment of low interest rates and more stringent requirements to pay suppliers and subcontractors in timely fashion,” Smyth says. “While the papers made a lot of noise about the Carillion collapse, it was no real surprise to anyone in the industry, partly because they knew about the state of the firm and partly because such an outcome has been a long time coming to the UK construction industry.”

The role played by government indicates that more than firms’ management will be responsible for rescuing the UK’s main contractors. Since the firms’ management will be ultimately responsible for reforms, their inability to escape the current business model bodes ill for the future. A 2010 survey by Grant Thornton found that nine out of ten executives reckoned their models had been resilient in the downturn following the financial crisis and would succeed over the following year-and-a-half.

For Professor Smyth, the solution is not state intervention. Instead, he advocates a choice, starting with firms’ management but including shareholders – whose instincts will be to resist any change – and government, to cajole UK firms towards a business model that better services the wider economy.  The recent ascendancy of European firms demonstrates the virtues of this mixed model.

There is plenty to incentivise firms to reform: $57tn of global infrastructure investment is required by 2030 according to McKinsey. While recent decades have contained the story of UK main contractors’ decline, those of the future need not.

The global market needs larger firms. They must be big enough to absorb the risk associated with the largest and most complex projects in today’s market. And they must have the technologies and the management capabilities necessary to undertake them.