A short history of The Bartlett Materialisation Grant.

Cross-disciplinary research is one of the most exciting fields in academia today and, to foster a sense of its potential application within its own faculty, The Bartlett launched what it calls the Materialisation Grant in 2013. 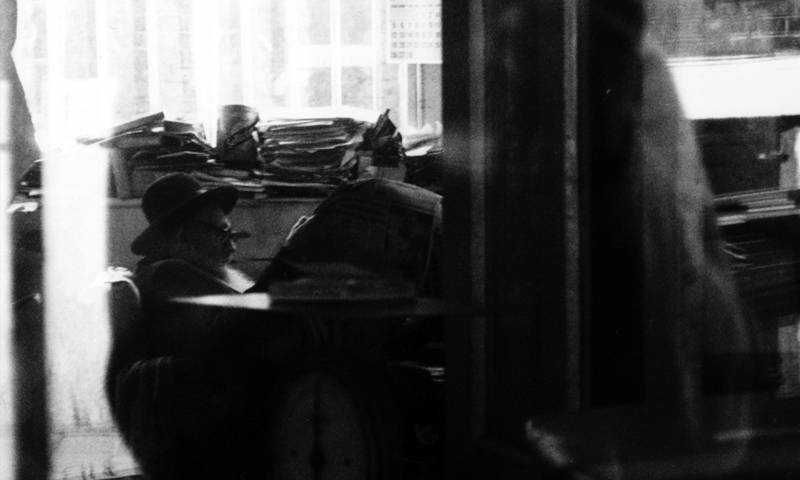 Murray Fraser, Professor of Architecture and Global Culture, and Vice-Dean of Research at The Bartlett is champion of this initiative. “The Materialisation Grant came about because we wanted to do something different, and internal, to ensure that different parts of The Bartlett work together,” he says. “But then we also wanted to fund something that might not happen otherwise, that doesn’t fall into the usual funding categories.”

The Materialisation Grant – unlike most funding sources – seeks projects that blend two or more disciplines to generate new forms, awarenesses or tools. Fraser says: “We are looking for the strongest one, each time, but also a range of different proposals. Happily, each winner has been quite different.”

With a substantial sum on offer – £50,000, which must be supplemented by sponsorship – the scheme elicits around a dozen proposals every round, with four or five making it to the shortlist. Initially devised as an annual award, due to the immense time and preparation entailed in developing, implementing and supporting proposals, in 2014 it was decided to run the scheme biannually. So 2018 saw the fourth iteration of this pioneering scheme. The winning project – A Memory Map of the Jewish East End – was announced in September and will be a collaboration between researchers at the Survey of London, the Centre for Advanced Spatial Analysis (CASA), the Space Syntax Laboratory and the artist Rachel Lichtenstein.

Some past projects have generated their own impressive legacies (see Re-imagining Lima); others have raised awareness on important environmental or cultural issues. But they all demonstrate the rich potential of harnessing the energies of different disciplines and communities towards a common aim – a positive message for the wider Bartlett and UCL community, thinks Fraser: “The Bartlett is growing in its size and complexity. We are feeling positive about getting bigger, but as we do so, we need to think about how we, as the Dean says,  ‘make it greater than the sum of its parts’”. Generating debate about the past, present and future of the Thames estuary.

Matthew Butcher, Senior Lecturer at The Bartlett School of Architecture, has always been interested in the power of light-touch interventions – installations or mobile pavilions – to articulate the concerns of a community or place. The Thames Estuary is a particular subject of fascination, and his successful 2014 Materialisation Grant application proposed the creation of Flood House: a small-scale prototype structure along the Estuary that could function as part floating future dwelling, part laboratory, and part 1:1 case study for how construction materials operate within a specific tidal environment.

The project was developed together with The Bartlett School of Environment, Energy and Resources, with the advice of Rokia Raslan and Jonathan Taylor from the Institute for Environmental Design and Engineering.

Built from angular ply and weatherboard, and measuring 5.5m by 7.5m, the finished project floated on three steel pontoons off Canvey Island. Monitors placed in and around the structure assessed the hygrothermal performance of the materials, as well as the interior air quality.

Inspired by the pillboxes, bunkers and fishing sheds that pepper the Thames coastline, Flood House became much more of an artistic provocation, visiting parts of the estuary (pulled by a tugboat), and drawing attention to the ever-changing conditions of the river and its residents.

Flood House attracted the attention of curator Jes Fernie at the Focal Point Gallery in Southend-on-Sea, who devised a whole programme of events to raise insight and awareness around the estuary environment’s radical political past and its fragile future ecology – activities which generated worldwide media interest, from as far away as New York and China. Butcher says: “It became a topic of conversation and debate, and that, really more than anything, became the primary aim of the project.”

Image: Brotherton-Lock
Image caption: Flood House at Southend-on-Sea. The weathervane on top of the structure is an artwork by Ruth Ewan titled All Distinctions Levelled. 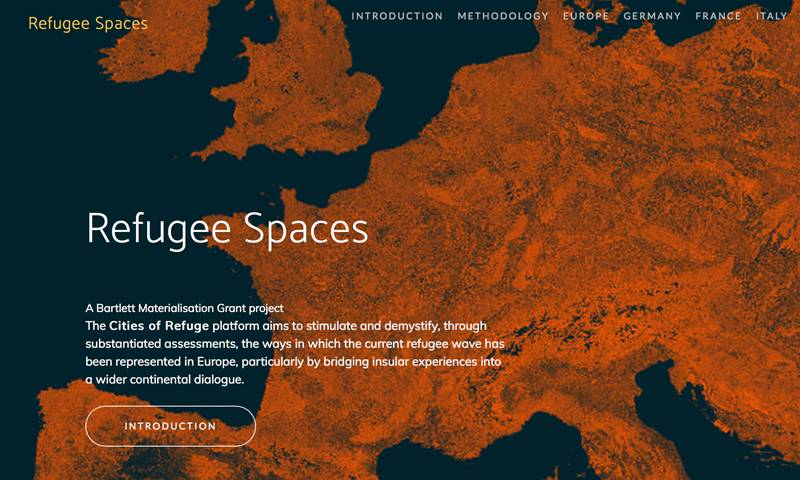 Demystifying the phenomenon of migration in Europe by focusing on data, not headlines.

Refugee Spaces was conceived as a multi-scale analysis of the spatial, social and economic impacts of migration in urban contexts. A collaboration between the Development Planning Unit (DPU), the Space Syntax Laboratory and CASA, it combines data-driven mapping and ethnographic research.

Initially the proposal was to zoom in on Calais (France) and Lampedusa (Italy) to interrogate the richer stories of human diversification, resilience and integration, but the logistics – not to mention the demolition of the Calais ‘Jungle’ refugee camp – proved unworkable within the budgets and timeframes. So the project has evolved into an open platform to stimulate debate and demystify the phenomenon of migration by examining the evidence rather than speculating on what is usually presented as a crisis.

“Through mapping and analysis of the openly available data provided by institutional and governmental sources, we are spatialising the political and security measures designed to contain migration and the mobility of refugees,” says Professor Camillo Boano at the DPU.

The maps and analyses that the project has created emphasise the territorial relationships that link mass movement with urban hotspots in four selected countries: France, Germany, Greece and Italy. Further countries can be added to the platform in the future. At the urban scale, the project identifies urban clusters or regions that are integral to current migration influxes, and explores the different strategies for reception and control of migrants in those areas. 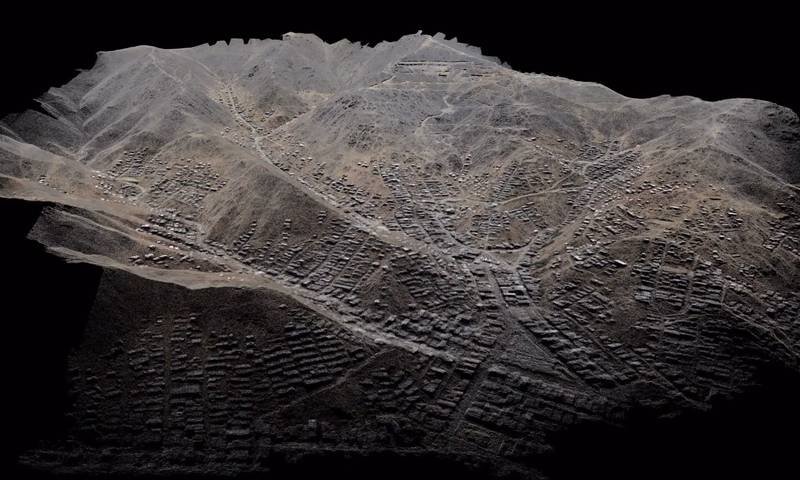 Influencing local and national housing policy for the urban poor in Lima, Peru.

In 2012, Development Planning Unit (DPU)Professor Adriana Allen and her team forged links with a group of NGOs and grassroots organisations in Lima. These relationships were built under the Learning Alliance programme, which was set up for the DPU’s Master’s in Environment and Sustainable Development, founded by Allen in 1997.

The Alliance programme brings students, academics and researchers together with communities in the Global South. Through this, issues of contested rights to the city in the centre and periphery of Lima came to light. In both cases, collectives of the urban poor were invisible to the authorities, stigmatised, and exposed to complex risks with severe impacts on their everyday lives, homes and incomes.

A Bartlett Materialisation Grant was awarded to Allen’s team in 2013, in association with CASA and UCL’s Department of Civil, Environmental and Geomatic Engineering (CEGE), which added expertise in digital information systems, mapping and tracking. By using drones, 3D modelling and open-source mapping technologies, the team co-produced with local communities spatialised, quantitative and qualitative data; making sure its visualisation and communication was accessible, as well as using it to build evidence-based tools for discussion at policy level.

The team won the support of a Swiss drone manufacturer which sent experts with drones to visit Lima, supporting the original area surveys. These were then translated into a 3D online model, which became a platform for recording new layers of information and activity, disseminated via an accompanying website: cLimasinRiesgo.net. This laid the foundations for a transformative communication legacy, along with events and exhibitions.

The project proved so useful that further grant funding was supplied via the Climate Development Knowledge Network. The insights yielded so far have been influential on national and local policy for housing and services, as well as enriching the Lima authorities’ understanding of how these communities contribute to the city.

Allen says: “There has been a huge change in perception. At the beginning of the process, the tenants and settlers with whom we worked were commonly depicted as undeserving. We have been able to help show the huge investment the urban poor put into the city – and the urban poor represent 60% of the city of Lima. This has found traction in a number of policy-making organisations, including the Ministry of Culture.”

The Bartlett is growing in its size and complexity. We are feeling positive about getting bigger, but as we do so, we need to think about how we, as the Dean says, ‘make it greater than the sum of its parts.

Murray Fraser, Professor of Architecture and Global Culture, and Vice-Dean of Research at The Bartlett