We all like the idea of major renewable energy infrastructure projects, but what about when they’re built next door?

A major two-and-a-half-year ESRC-funded study explores why local people feel like they're still shouting into the wind. Words: Katie Puckett 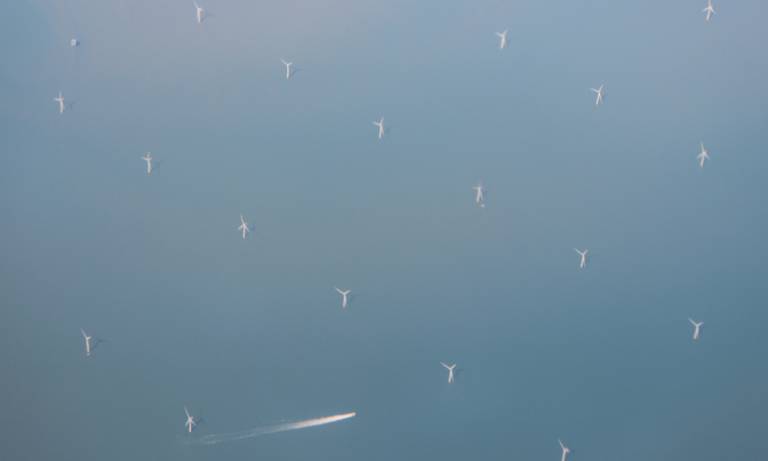 Let’s do a thought experiment. Close your eyes and picture a NIMBY: a local resident adamant that an offshore wind farm should not be built in their back yard – a wind farm that could generate many thousands of megawatts of clean, green energy, and stop an equivalent amount of climate-changing carbon dioxide being emitted into the atmosphere.

Now imagine that the same person is protesting against a new nuclear power station or against fracking underneath their home. How does that change your feelings about them, and the validity of their arguments? Weighing local interests against national ones is a fundamental dilemma for decision-makers. When does the impact on local lives, economies and environments become a deal-breaker, outweighing the benefit to the country as a whole?

This is one theme of a two-and-a-half-year, ESRC-funded study exploring how the concerns of the public are handled in the fast-track, centralised process for approving Nationally Significant Infrastructure Projects (NSIPs).  NSIPs include transport routes, power stations, offshore wind farms and, more recently, housing, and there have even been proposals to extend the definition to cover major commercial developments.

But the research team chose to focus on renewable energy –an area where national policy sets a strong presumption in favour and where local people often find themselves cast as refuseniks in the face of an overwhelming public good.

“There are some very strong narratives around renewable energy, and that feeds into conversations about renewable energy infrastructure,” says Dr Lucy Natarajan, Research Associate at The Bartlett School of Planning. “Other concerns don’t seem to matter in the face of this massive climate-change issue. But even the deepest green person knows that it’s not just as simple as rolling out a whole lot of wind farms.”

Communities often raise many valid objections to a developer’s proposal, which will not always be designed with the purest green motives: “You might think an offshore wind farm doesn’t affect people, but the grid connection needs to come on land, and the developer might just choose the shortest route to save money.”

Natarajan is a member of the interdisciplinary NSIPs project team, with colleagues from The Bartlett, the UCL Faculty of Laws and the UCL Department of Science and Technology Studies.

Building on the work of previous studies of the “social gap” between attitudes to renewable energy in general and public responses to actual projects, the team are using close reading techniques and thematic textual analysis to identify exactly how local voices were weighed up in the decision-making process, focus groups, interviews, surveys and planning judgments associated with 12 renewable energy projects around the UK.

For many stakeholders, this experience had been a negative one. “There was a real loss of faith in the system,” says Professor Yvonne Rydin, of The Bartlett School of Planning, one of the project leaders. “Local communities see themselves as relatively powerless and feel that others are more likely to be heard, which does raise issues about the legitimacy of the process. They say ‘it’s just about the birds’. Fish are considered as a species, rather than as a catch for the local fishermen.”

The current decision-making process was introduced in under the Planning Act 2008, and came into force in 2010. It’s designed to be quick: the Secretary of State will decide whether or not to approve a project within 18 months. This decision is based on the advice of the Planning Inspectorate, after an examination that is condensed into just six months.

During this time, the developers, statutory agencies, NGOs and local stakeholders present evidence and the proposal is altered in response to objections and concerns. This represents a new attempt to give local people a voice: there was no such opportunity under the previous system, whereas their evidence must now be considered alongside all other interested parties.

Herein lies the problem: local people may get to present their views alongside everyone else, but they aren’t on a level playing field. Time, money and capacities are a critical issue. Developers employ armies of consultants to produce evidence and manage the process, and the judgements themselves run into hundreds of pages, the tip of an enormous iceberg of supporting documentation. “One of our interviewees said he had four metres of shelf space devoted to it,” says Rydin.

Examinations are extremely complex, spanning many legal, technical and scientific issues. Speaking at a hearing is daunting enough, but there is also the challenge of presenting evidence in an acceptable format. “We have a case where a local person had gone to the effort of keeping a sleep diary and presenting it, but it’s not considered acceptable compared to the type of evidence produced by the consultants,” says Rydin. “That’s in a particular format that makes it look like scientific evidence, and local people find it very difficult to do that.”

In fact, the qualitative gap between the evidence of local people and the experts may not be so large. There are a great many unknowns in how a wind farm will affect biodiversity, for example, but this uncertainty is “tidied away”, Rydin says, as knowledge is “black-boxed” to stay within the timetable.

“If various key parties – the developer, Natural England, the Marine Management Organisation and local authorities – accept a certain piece of evidence, they don’t want to go digging away at whether it’s actually robust or not, they want to move on to some other area that is still to be debated.”

This is what made the project such a fascinating one for Dr Simon Lock of the UCL Department of Science and Technology Studies. “The foundation of my discipline was investigating the extent to which science should be treated as a neutral set of facts, rather than being contingent on social, political and historical factors. That started to break down the clear-cut division between people who have ‘expert’ knowledge and people who don’t. A lot of our work has been about making the case that members of the public do have types of knowledge and experience that should play a part in decision-making.”

This has been taken on board in principle at a policy level but, as the NSIPs research shows, not necessarily in practice.  “The impact of wind turbines on bird populations is a very good example,” says Lock. “To understand that, you have to use multiple scientific models about bird migration patterns, wind speeds etc. Those models produce a set of numbers that get fed into the process as if they’re facts, but we don’t go back and look at whether the models are actually fit for purpose. Actually, those models are often evolving and different models give different answers.”

The research team first worked together as part of a UCL Grand Challenges project on governing climate change technologies, convened by Professor Maria Lee of the UCL Faculty of Laws.  “The NSIPs process is incredibly rich in terms of the empirical material available, and it’s a very lively place to look at the ways in which we construct legal reasoning,” says Lee. “On issues such as biodiversity, the law demands that we create a technique for knowing something, a way of understanding, when actually understanding is impossible.”

Lee was struck by the uncertainty around the impact of offshore wind farms on bird populations: “The reports are littered with acknowledgements that we don’t actually know. Rather than trying to decide how many birds are going to be killed, you decide on a process for getting close enough to something that everyone can live with.”

Meanwhile, the public response is dismissed as NIMBYism. There is little equivalent data on the socio-economic impact – austerity-stricken local authorities do not have the resources to carry out research or to play a major role in the NSIPs process.“The socio-economic aspects are very poorly dealt with,” says Rydin. “For example, we have no idea about whether this kind of development deters tourism, or particular sectors of the tourist market, and what impact that has on businesses. Examining authorities can ask for new research to be done, but they can’t order it.”

One response to all this uncertainty would be not to build any wind farms until we do know. “But that’s not acceptable either,” Lee points out. “That’s one reason why wind farms are such a great example: because there are genuinely competing public interests.”

The research does not propose any easy answers, but it does identify areas for improvement that would at least reassure people that their voices will be heard, such as for central government to provide additional resources to support local communities through the process.

Developers may employ a “community engagement facilitator” to keep people informed and listen to their concerns, but, however effective they may be, they are still employed by the developer. Compensation could also be made available for those affected – for example, there is a national arrangement for the fishing industry but no equivalent for tourism.

The affected businesses may be very small, so even a marginal decline could be enough to put them out of business. But should the prospects of a tiny coastal hotel be enough to overturn a major piece of infrastructure? “It seems incommensurate, but on the other hand, these are not just hotels, they’re local communities and economies that are going to change,” say Rydin. “Particularly in rural areas, we’ve been relying on local communities to be the stewards of our countryside. So how is it actually going to be maintained?”

The bigger picture is that there has been a vacuum in strategic planning since the government abolished England’s regional development agencies in 2011. With no nationwide plan for where renewable energy would be best sited, it’s up to developers to propose individual schemes which the government then accepts or rejects one by one.

There is no de facto national consensus on which types of community or industry should be prioritised, and where. If there were, it wouldn’t make it easier for people to oppose development, but it would perhaps be more democratically robust.

In this context, major infrastructure projects that will impact a wide area have become a tool for what Natarajan describes as “spatial planning through the back door”. “High-speed rail or major housing developments might have sat inside regional plans before, but now we’re starting to build strategy through those sorts of projects.”

It is even more important that the process for approving these developments is as robust as possible. As Lee says: “It’s important that we keep trying. We will never have a perfect  democracy, but we continue to strive for an ever-better democracy.”

Local voices
What's it like when a wind farm is built on your doorstep?

The NSIPs research team held a series of focus groups to capture peopleís experiences of the planning process for Nationally Significant Infrastructure Projects. These are an edited selection of their comments.