We have used 3D-PDR (Bisbas et al. 2012) to study the far-infrared and submm line emission from the Antennae interacting galaxies (NGC 4038/9). We have produced a grid of approximately 2000 one-dimensional photodissociation region (PDR) calculations in which we have varied the density (spanning four orders of magnitude i.e. 100-106 cm-3) and the UV field strength (spanning more than three orders of magnitude i.e. 10-3.5x104 Draines). We have used the UMIST 2012 network containing 33 species and 330 reactions. The simulations were compared with the Herschel SPIRE-FTS, CSO, and ISO-LWS observations for the [CI] 609μm, [OI] 63μm, [OI] 146μm, [CII] 158μm emission lines and eight CO transition lines (J=1-0 to 8-7). We find that molecular and atomic emission lines trace a different gas component of the galaxies with different properties, thus single emission models are insufficient to reproduce the observed values. In particular, we find that the observed line is primarily coming from regions which have densities between 104-105 cm-3 interacting with radiation fields of the order of 100 Draines. However some of the lines can be explained by emission from regions with lower densities (~1000 cm-3) and lower UV field strengths (~30 Draines).

It is planned to extend this work by using as initial conditions three-dimensional density distributions produced by a smoothed particle hydrodynamics (SPH) code (Karl et al. 2010), in order to better understand the properties of these famous interacting galaxies. 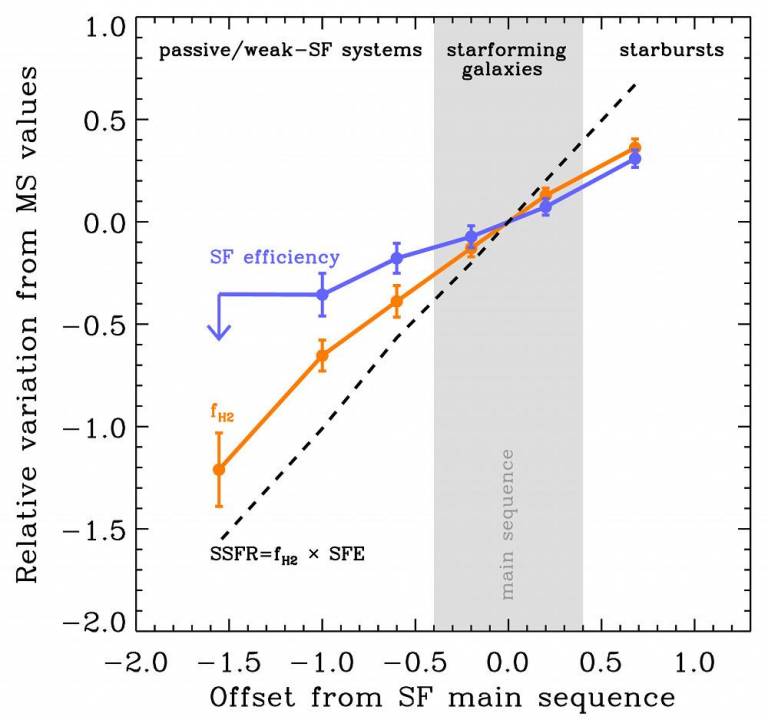