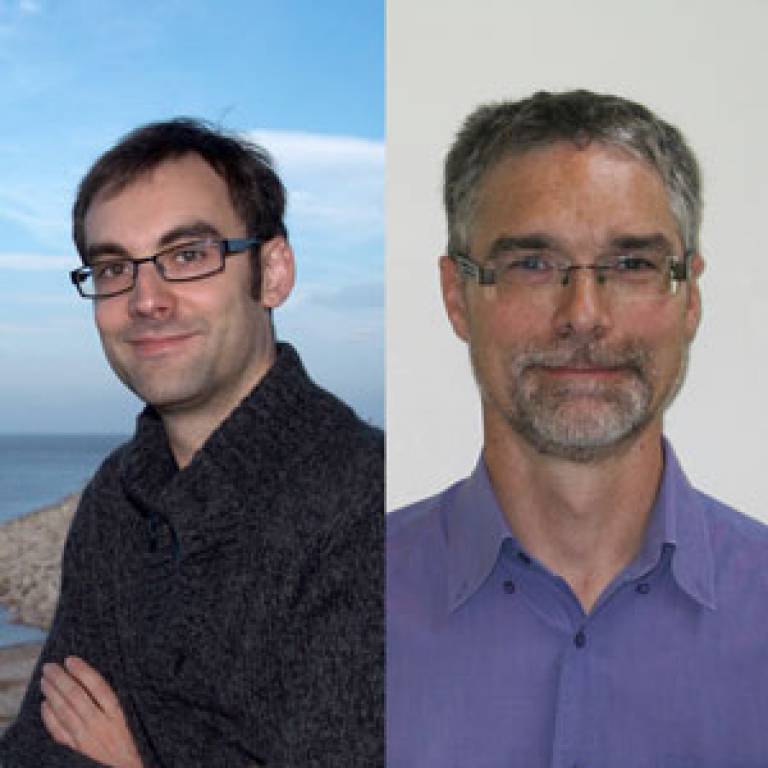 Two UCL astrophysicists, Dr Andrew Pontzen and the late Professor Bruce Swinyard (UCL Physics & Astronomy), have been recognised in this year's Royal Astronomical Society awards. The announcements were made at the Ordinary Meeting of the society held on Friday 8 January 2016. The awards will be made formally at the Society's 2016 National Astronomy Meeting in June.

Dr Andrew Pontzen has been awarded the Fowler Award for Early Achievement in Astronomy, which recognises individuals who have made a particularly noteworthy contribution to the science at an early stage of their research career.

Dr Pontzen, who is a lecturer and Royal Society University Research Fellow in UCL Physics & Astronomy, works on a range of topics in galaxy formation, computational cosmology, and early-Universe physics.

Professor Bruce Swinyard, who sadly passed away in May 2015, has been posthumously recognised with the Jackson-Gwilt Medal for the invention, improvement, or development of astronomical instrumentation or techniques.

Professor Swinyard played an exceptional role in the successful development of a series of state-of-the-art scientific instruments for important space missions, including, as Project Scientist, the technical development of the SPIRE imager and spectrometer for ESA's Herschel Space Observatory and led the conceptual design and modelling of the integrated payloads for the proposed EChO, Ariel and Twinkle exoplanetary transit spectroscopy missions.