The thesis sets out to explore post-war British constructivist and concrete abstraction at the hands of women, focusing on the relief works of Mary Martin, Gillian Wise and Liliane Lijn over the 1950s - 60s. What started out as an exercise in extending a stylistic understanding of their practices, quickly presented itself instead, as another opportunity to probe how 'transcendent' abstract-geometric models (specifically, a constructivist legacy here) take on local character and coalesce a 'vernacular.' The linguistic metaphor is deliberate and descriptive in the sense that, this enduring problematic within abstraction, lends itself to be conceived of as one of dialect. Then by extension, the problem lends itself to being conceived as a problem of transmission and memory, the fabric from which artistic traditions derive. None of the artists under consideration were aware of their engagement with constructivism or modernism as being regressive (as posterity would later have it) or perhaps, impotent, so much as urgent. Rather their engagement with the concrete and with constructive legacy was perceived as urgently embroiled in the ethos of rebuilding and technological advancement. A technological fold that encompassed exponential expansion across networks, systems theory, computation, mechanization, aerospace, quantum and nuclear capabilities - saw the imaginable temporal and spatial scales compressed to unprecedented degrees. An ethos that produced certain asymmetries – ‘hypertrophies’ and atrophies - in their presumably square and crusty practice. The bipolar pressures exerted by the hydra of technological advancement (then as now) became a central, asymmetric, prescient and political figure with which any literal art about movement had to contend.  At the same time Modernism’s star was waning. What is it to acquiesce to unpopularity and to adapt was has no malleability? Technological and architectural superstructures had no give for feminized routines of work or access, at the time. Mary Martin's, Gillian Wise's and Lijn's work then presents itself at the intersection of a feminist project, as a local and domesticated reimagining of an historic abstraction, at once futuristic and belated, by or for women.

Research Interests: Abstraction at the cusp of the transition from Modernism. Contemporary video art and Sonic abstraction. 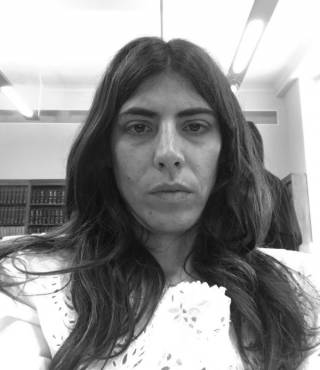