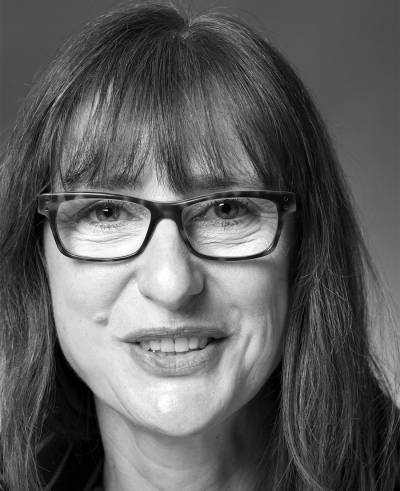 Mechthild joined the department in 2006. Previously (2001-2005) she was a research scholar at the Max Planck Institute for the History of Science in Berlin. She also held a number of prestigious post-doctoral fellowships and awards, including a Getty Postdoctoral Fellowship (2000-2001), and a membership at the Institute for Advanced Studies at Princeton (2005-2006). She specialises in French 18th- and 19th-century art and visual culture and the historically changing relations between art and science. Her work is driven by a feminist perspective and an interest in the complex relationships between body and image. She has also published on art theory and the historiography of art history, and she has lectured and published widely on skin, flesh tones, skin colour and artistic anatomy. Her most current work is concerned with anatomical illustrations and medical imagery, and she is starting a new project on the pathologies of the portrait.

Professor of History of Art

While focusing on French 18th- and 19th-century art, my research has always been attentive to current concerns and is driven by a feminist perspective. Over the years, I have developed four main areas of thematic and methodological expertise.

My first single authored book Grenzen der Männlichkeit. Der Androgyn in der französischen Kunst und Kunsttheorie (2003) developed from my PhD thesis and is dedicated to androgynous male nudes in French art between the Enlightenment and the Restoration. Considering the figure of the androgyne within the framework of shifting notions of gender difference and male identity in the period of the French Revolution, it interprets the images of the androgyne as well as the contemporary medical concern with hermaphroditism as reflecting the instabilities of this moment of change. Thanks to the support of the Institut National d’Histoire de l’Art (INHA) and the German Forum for Art History in Paris, this book was translated into French and was published as Les limites de a masculinité. L’androgyne dans l’art et la théorie de l’art en France (1750-1830) by La Découverte in 2011.
Recently, I have made the question of women in the arts a focal point of my research and of collaborations with scholars from abroad. Together with Anne Lafont (École des Hautes Études en Sciences Sociales) and Melissa Hyde (University of Florida) I have edited Plumes et Pinceaux. Les femmes et les discours sur l’art en Europe (1750-1850) Published in 2012, this collection of essays enriches the historiography of art history not only by adding previously ignored voices of women writing on the arts, but by including writing on art found in diaries, travel logs and letters.
Currently, I am co-editing a volume entitled the volume Thinking Women. Strategic Reinterpretations of Eighteenth-Century Art with Melissa Hyde. The book, which is also a tribute to the late scholar Mary Sheriff, assembles twelve chapters including my own article on the printmaker and amatrice Marguerite Lecomte.

Since the beginning of my research career I have had a strong interest in historiography and methodological debate and my first publication, the co-edited volume Denkräume zwischen Kunst und Wissenschaft explored the possibilities of the unorthodox methodologies of the cultural historian Aby Warburg for feminist art history. A decade later I followed this up with two comprehensive book chapters on the late 19th-century Austrian art historian Alois Riegl focusing on the question of ‘bodily seeing’ and the interaction of sight and touch in visual perception.

Art and Science – Body and Image – Skin and Colour

For the past two decades, my work has focused on the image of the body, especially on flesh tones, skin colour and skin in art and anatomy. My research in this area – including work on the contemporary body artist Valie Export – resulted in numerous publications written in three different languages. My monograph Fleshing out Surfaces. Skin in French Art and Medicine, 1650-1850, published in January 2017, engages with the art theoretical notion of flesh tones and links it to the medical concept of complexions (referring to a person’s temperament and colour) and demonstrates that pre-modern artists where engaging with flesh rather than skin when painting the appearance of human nakedness. The book shows that the notion of flesh tones was increasingly replaced by that of skin colour, a term that gained prominence over the course of the 18th century in relation to new ways of distinguishing groups of people in terms of race. The book thus also makes a contribution to critical histories of race and shifts previous scholarly approaches to the ‘image of the black’ by emphasising that images like colour prints or paintings actively make skin colour rather than simply representing a pre-existing ‘black’.
Furthermore, the book opens new perspectives on portraiture (the majority of the visual material discussed) as it demonstrates that portraits are apt material for a history of the body and participate in the production of knowledge about the body and its outermost organ.

Medical Humanities and the Pathological Image

More recently, my research has increasingly focused on the medical image, both anatomical and pathological, as well as on medical objects and collections. Medical objects were already my thematic focus in the AHRC funded Researching Network Cultures of Preservation. The Afterlife of Specimen since the18th century which I led with Petra Lange-Berndt in 2010-12 .
One focus of this research, that developed from my interest in skin, are dermatological wax moulages, a first article on this topic is: ‘Order and Affect. The Museum of Dermatological Wax Moulages at the Hôpital Saint-Louis in Paris’, in Collections, Display and the Agency of Objects, Caroline van Eck et al (eds) Nürnberg: Sandberg, 2018.
My current research is concerned with the pathological image. One aspect of this research has been developed as part of my collaboration with François Guesnet (UCL Department for Hebrew and Jewish Studies). Our joint project is concerned with a peculiar phenomenon: entangled hair forming braids, a kind of elflock that was medicalised between the early 17th and the late 19th century, associated with East European populations and referred to as plica polonica.
Most importantly, I am working on a monograph entitled The Pathological Image. This book will explore the significance of images for the rise of pathology as an independent field within medicine in France and Britain. Since the early 19th century, the appearance of diseases affecting the inner and outer organs started to be systematically recorded, an enterprise that was considered crucial for a modern, scientific approach in medicine. Using the concept of the ‘clinical picture’, my study will demonstrate that disease as an entity came to be visually defined during the 19th century and aims to provide a synthetic account of the visual culture of the modern clinic. The book will pay particular attention to images of living patients, be they in dermatology or psychiatry, and explore connections between the artistic and the medical portrait. It aims to show that our understanding of modern portraiture can gain from the inclusion of medical imagery – and vice versa.

Mechthild Fend is interested in supervising PhD students in the research areas sketched out in her profile and under 'Research'.

Tania Sheikhan: Politicization of Fashion and Legitimacy through Dress in the Courts of Marie-Antoinette and Napoléon.

Gemma Angel: In the Skin: An Ethnographic-Historical Approach to a Museum Collection of Preserved Tattoos (AHRC Collaborative Doctoral Award).

Kelly Freeman: Skeletons of Iron and Bone: The Making of a Metaphor and the Architecture of the Natural History Museum in Britain and France.