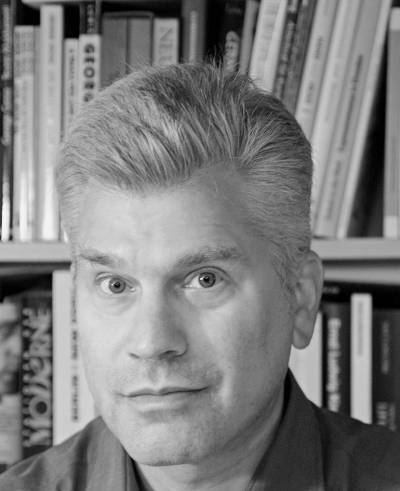 Professor in History of Art

Modern German art, architecture and design; critical theory and the historiography of art.

Frederic J. Schwartz's interests include all areas of the visual culture and built environment in the German-speaking world from the late nineteenth century to the present. He has lectured and published widely on modern architecture and design, the critical theory of the Frankfurt School, the German avant-garde of the early twentieth century and the History of Art as an academic discipline.

His first book, The Werkbund: Design Theory and Mass Culture Before the First World War (Yale University Press, 1996) traces the parallel development of architecture and mass-culture theory in early twentieth-century Germany. This book considered not only design theory and practice but also philosophy, sociology, as well as changes in intellectual property law that had a powerful effect on the circulation of images at that stage of modernity. More recently,  his book Blind Spots: Critical Theory and the History of Art in Twentieth-Century Germany (Yale University Press, 2005) looks at the critical theory of Walter Benjamin, Theodor W. Adorno, Ernst Bloch and Siegfried Kracauer, exploring the emergence of their thought out of contact with artists such as Laszlo Moholy-Nagy and engagement with art historians including Heinrich Wölfflin, Alois Riegl, Wilhelm Pinder and Hans Sedlmayr. In both works, and in articles on Adolf Behne, Adolf Loos, aspects of the Bauhaus, Peter Weiss, empathy theory and film, he has sought to establish new reference points by which to gauge the politics of the image in early twentieth-century modernity.

Schwartz's research includes a project on "German Art and the Culture of the Case, 1890-1930" for which he has won a two year Leverhulme Research Fellowship from September 2016. This will consider developments in German and Austrian art in a way that will cut across styles, media and ideologies to consider a common set of strategies used by artists and writers in a response to changing legal parameters concerning their abilities to represent their contemporary social and political concerns. These often involved the provocation or response to scandals, images of crimes (such as the notorious Lustmord imagery of Grosz and Dix), and the exploration of medical and forensic science.

Prof. Schwartz would be pleased to consider research proposals in all areas of the visual culture of late nineteenth- and twentieth-century Germany and Austria. This would include not only artistic practice but issues related to aesthetics, critical theory and the history of Art History as an academic discipline. As a Swedish speaker, he would also welcome proposals relating to the Scandinavian countries and cultures.

Tom Wilkinson, "Art for the Masses: The Use and Abuse of Popular Art History in Weimar Germany"

Gerald Adler, "Tessenow in Hellerau: The Materialisation of Space", 2004.

Nikos Pegioudis, "Artists and Radicalism in Germany: Reform, Politics and the Paradoxes of the Avant-Garde"

Kerstin Stakemeier, "Entkunstung: Artistic Models for the End of Art", 2010.