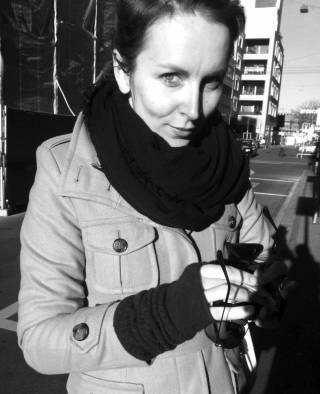 Her publications include six books. Two are monographs: Paik’s Virtual Archive: On Time, Change and Materiality in Media Art (University of California Press, 2017 and Revisions-Zen for Film (Bard Graduate Center, 2015). Revisions accompanied an eponymous exhibition at the Bard Graduate Center Gallery in New York (17 September 2015–22 February 2016). Three are edited volumes: Object—Event—Performance: Art, Materiality and Continuity since the 1960s (Bard Cultural Histories of the Material World series, expected in 2021), Landscape: Institute for Land and Environmental Art (Vexer Verlag, 2020) and The Explicit Material: Inquiries on the Intersection of Curatorial and Conservation Cultures (co-edited with Francesca Bewer and Katharina Ammann; Brill 2019).

Hanna is a frequent contributor to research seminars, conferences and symposia. Her writings appeared in peer-reviewed journals, edited volumes and exhibition catalogues. She serves as an advisor on international research projects and academic programmes and acts as a reviewer for funding bodies, scholarly journals and book series.

Art and material culture since the 1960s, materiality and materialisms, performativity, time, change, archive, forms of the artworks' being in the world, the cultures and epistemes of conservation, the ethics of care, electronic media, film, video.

Hanna works on the intersection of art history and theory, material culture studies, and conservation. Her primary research and teaching interests lie, among others, in ethics, aesthetics, and philosophy in and of conservation, contemporary and post-war art, technology-based media, and the concepts of time, change, identity, and archive (as discourse and physical space) both in artworks and in objects of material culture. In conservation, she focuses on the epistemic dimensions of conservation, that is, knowledge derived from, and generated by, diverse practices, theories, and cultures of conservation.

Art and materiality since the 1960s
Hanna obtained her PhD the University of Amsterdam in 2013 with a thesis considering aspects of change, materiality, and temporality in the conservation of multimedia installations. Revised and titled Paik’s Virtual Archive: Time, Change and Materiality in Media Art, the book was published from The University of California Press in 2017. Paik’s Virtual Archive reconsiders the role of conservation in our understanding of what the artwork is and how it functions within and beyond a specific historical moment. In her discussion of works by Nam June Paik (1932–2006), the Korean American artist who is considered the progenitor of video art, she explores the relation between the artworks’ concept and material, theories of musical performance and performativity, and the Bergsonian concept of duration, as well as the parts these elements play in the conceptualization of multimedia artworks. Hanna combines her assessment of artistic technologies with ideas from art theory, philosophy, and aesthetics to probe questions related to materials and materiality, not just in Paik’s work but in contemporary art in general. Ultimately, she proposes that the archive—the physical and virtual realm that encompasses all that is known about an artwork—is the foundation for the identity and continuity of every work of art. Paik’s Virtual Archive has been reviewed in Kunstchronik (Anna Schäffler, 2020), Visual Studies (Daniel Kayes, 2019), Journal for the American Institute for Conservation (Jonathan Kemp, 2019), Art Bulletin (Gregory Zinman, June 2018); caa.reviews (Andrea Gyorody, June 2018); and Critique d’art (Olivier Lussac, November 2018). In 2018 it was nominated for an Infinity Award by the International Center for Photography (ICP), New York City.

One work
Revisions: Zen for Film is a project realized at the Bard Graduate Center in New York, where Hanna held a Visiting Professorship supported by the Andrew W. Mellon Foundation (2013-15). Revisions was a combination of a research project, publication, exhibition and pedagogy. Its intellectual aspiration was, among other things, to find answers to the questions how artworks endure over time despite their material and conceptual alterations, and how first-hand awareness of materiality enhances visual knowledge. The macrocosm of an interdisciplinary endeavour combining the analytic framework of conservation with art theory, aesthetics, performance studies, and theories of authorship and authenticity were employed to look at the microcosm of a single work, Zen for Film by Nam June Paik. A result of this project was an exhibition titled Revisions—Zen for Film (17 September 2015—21 February 2016). An eponymously titled digital interactive kiosk co-created by postgraduate students was displayed at the gallery and made available online. A series of academic and public events followed. A fully illustrated book showcasing the outcomes of Hanna's research was published by the Bard Graduate Center in 2015. The book’s intellectual aim was to examine how artworks endure over time and how decay, technological obsolescence and remediation affect what the artwork is and what it may become, and how observing change in artworks might teach us something about their nature and behaviour. The book also queried how changeable artworks induce a rethinking of those museological paradigms that assume fixity and stasis. Revisions was reviewed in Artforum (Jeffrey Weiss, March 2016); Critical Inquiry (Hannah Higgins, May 2016); Journal for Curatorial Studies (Judit Bodor, June 2016); Art Libraries of Society of North America Review (Lindsey Reno, May 2016); Journal of the German Conservation Association (Martin Koerber, May 2017); and The Art Blog (Andrea Kirsch, March 2017).

The Explicit Material gathers varied perspectives from the discourses of conservation, curation and humanities disciplines to focus on aspects of heritage transmission and material transitions. The authors observe and explicate the myriad transformations that works of different kinds - manuscripts, archaeological artefacts, video art, installations, performances, film, and built heritage - may undergo: changing contexts, changing matter, changing interpretations and display. Focusing on the vibrant materiality of artworks and artefacts, The Explicit Material puts an emphasis on objects as complex constructs of material relations. By so doing, it announces a shift in sensibilities and understandings of the significance of objects and the materials they are made of, and on the increasingly blurred boundaries between the practices of conservation and curation.

Much of the artwork that rose to prominence in the second half of the twentieth century took on novel forms—such as installation, performance, event, video, film, earthwork, and intermedia works with interactive and networked components—that pose a new set of questions about what art actually is, both physically and conceptually. For conservators, this raises an existential challenge when considering what elements of these artworks can and should be preserved. Object—Event—Performance revisits the traditional notions of conservation and museum collecting that developed over the centuries to suit a conception of art as static, fixed, and permanent objects. Conservators and museums increasingly struggle with issues of conservation for works created from the mid-twentieth to the twenty-first century that are unstable over time. A welcome resource on contemporary conservation for art historians, scholars of dance and theatre studies, curators, and conservators, the book asks what it means to conserve artworks that fundamentally address and embody the notion of change and, through this questioning, guide us to re-evaluate the meaning of art, of objects, and of materiality itself.

Next to her books, Hanna has published peer-reviewed articles and book chapters in English, German and Polish; several of them have been translated into Chinese, Dutch, French, Italian, Korean and Portuguese.

Hanna’s current research concerns the afterlives of Fluxus events, objects and ephemera and the ontology and aesthetics of performance.She is also interested in the critical questions considering the materiality of landscape and land and environmental art, including their ecological and political implications. Aspects of this research materialized in an anthology Landscape 1: Institute for Land and Environmental Art (Vexer 2020) co-edited with Johannes M. Hedinger.

Hanna has taught the material histories and theories of art and conservation as well as histories of media and technology at the University of Amsterdam, Bard Graduate Center in New York and UCL.

At UCL Department of History of Art, she has thought the following modules: Intermedia: Art and Materiality in the 1960s and 70s (MA), Theory and History of Conservation (BA), Methodologies of Making (BA), and Methods and Materials of the Artist I&II (BA) and has organized a work placement module Art/Work/Spaces. She has also regularly contributed to the MA Core Course and BA Foundation Course.

Outside her core teaching activities, Hanna has given invited lectures, among others, at Columbia University, New York University, and at the universities in Europe and the UK. She has also contributed to the Summer Institute for Technical Studies in Art (SITSA), a doctoral school at the Harvard Art Museums.

Hanna has advised and examined MA and PhD students in UK and abroad. She welcomes informal enquiries about studying for a PhD in any of the areas of her research interests. She is especially interested in supervising research that would illuminate new directions for art history and technology studies situated on the intersection of art theory, material culture studies, and the theory of conservation. This might involve projects engaged in a reflective approach to new materialisms, experimental preservation and museology, critical heritage studies and historiographies and epistemes of conservation. Students of a variety of backgrounds, including those underrepresented, are encouraged to contact her.

Hanna joined the UCL Department of History of Art in 2016. Prior to this, she was Andrew W. Mellon Visiting Professor, Cultures of Conservation, at the Bard Graduate Center in New York (2013-15), Research Fellow at the University of Amsterdam (2009-13), and Head of Conservation at the ZKM Center for Art and Media in Karlsruhe, Germany (2007-9). She obtained her PhD in 2013 from the University of Amsterdam, Institute of Art History and Cultural Studies and ASCA Amsterdam School for Cultural Analysis.

Hanna's research was funded by the Terra Foundation for American Art (2019-20), the Swiss National Science Foundation (2019), the Getty Foundation (2016-17), Andrew W. Mellon Foundation (2013-15) and Dutch Research Council (2009-13). At UCL, she received UCL Global Engagement Funding to develop a research collaboration with Brazilian universities (2019-21), a Dean’s Strategic Fund Small Grant for Education and Research Activities at the Faculty of Social and Historical Sciences (2019), and has developed and supervised a UCL Laidlaw Scholarship project (2019-2020) in order to further expand The Cabinet of Obsolete Technologies. Founded in 2017 as a research and teaching collection at the Department of History of Art, The Cabinet of Obsolete Technologies entails technologies of the still and moving image and aims to facilitate object-based learning on undergraduate and postgraduate level.