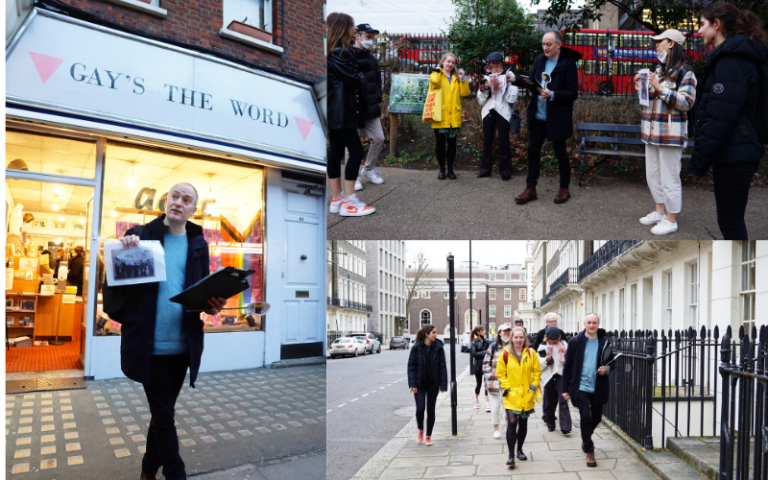 On 9 February 2022 our Head of Department, Professor Bob Mills, took members of UCL’s History of Art Society on an afternoon saunter through the streets of Bloomsbury. From writers and artists to cruisers and boozers, the walk threw light on the peoples and places that have contributed to the area's rich and diverse LGBTQ+ heritage.

Beginning with an informal talk on campus—in the shadow of Jeremy Bentham, an early advocate for homosexual law reform—students set off on a whistle-stop tour of the neighbourhood’s diverse heritage. Bob recounted queer stories connected with specific individuals and locations along the way, from artists at the Slade School of Art to activists at Gay’s the Word bookshop, and from Victorian cross-dressing to lesbian bars at the turn of the Millennium.

The tour was adapted from the popular ‘Hide & Seek’ tour that Bob devised in 2018, for which he won a Provost’s Public Engagement Award. 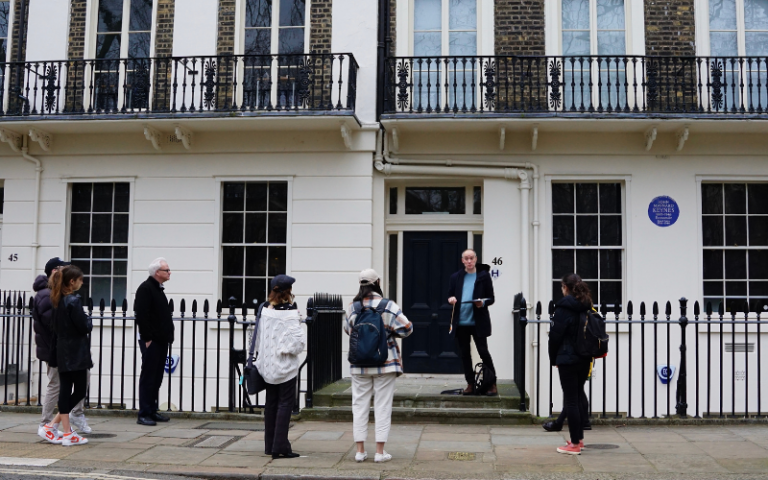 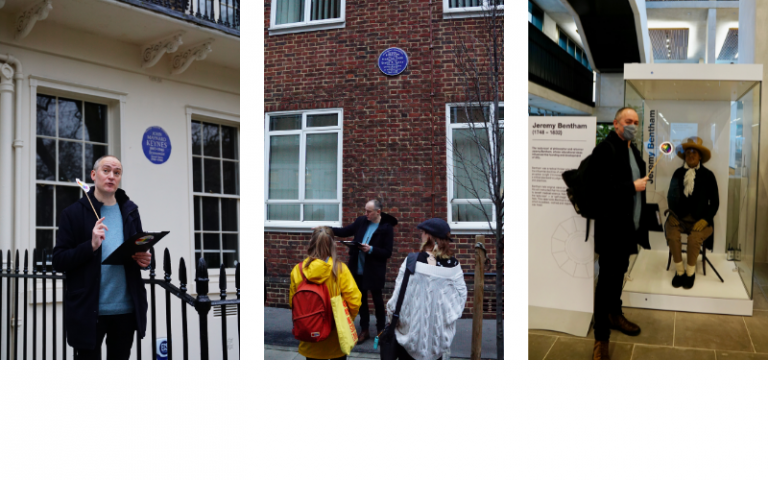