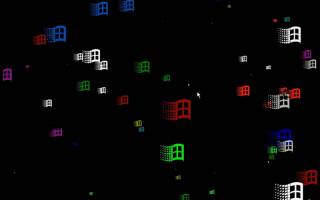 In February 1996 John Perry Barlow wrote and published online A Declaration of the Independence of Cyberspace from a hotel room in Davos, Switzerland: ‘Governments of the Industrial World, you weary giants of flesh and steel, I come from Cyberspace, the new home of Mind. On behalf of the future, I ask you of the past to leave us alone. You are not welcome among us. You have no sovereignty where we gather.’ The language of Barlow’s opening passage marks an attempt to make sense of cyberspace as both a rupture with the past and a break that can only be understood through the recuperation of a particular historical moment. Written in protest at the Telecommunications Act that passed Congress that year the document includes little about the material conditions underpinning the expansion of the World Wide Web during the 1990s. Instead Barlow’s metaphors can be plotted along a trend by which communications technologies and their evocation of the virtual have been couched in the language of colonial and westward expansion. The imaginaries that are constructed from this type of language can be viewed retrospectively as containing the traces and conjunctions of the way myriad economic and political contingencies mobilized historical events such as the Moon landings or the Cold War to shape the direction of travel which technology might then take.

While there is an attempt to simultaneously create something concrete from virtual space in these vocabularies, the actual material conditions for existence of these technologies are often overlooked. Indeed, it was Marshall McLuhan, who in 1964, cited the example of the ‘native of Ghana’ in order to create a comparison to ‘our’ unmoored existence in a ‘new electronic world.’ Modernity depended on an ‘African’ component in the onwards charge of technology to serve as point of departure for the West (Collier 2014). However, these are the same geographical contexts on which the physical substance of our technology depends, from cobalt to coltan, and to where it subsequently returns as electronic debris and second-hand goods.

Metaphors and the way in which they collect seem to obfuscate the relationship between the virtual and the material even as they represent it. This conference seeks to address the gap created by the rhetoric that has been used to figure the possibilities of new technologies, to ask what it opens up to and who is excluded from its narratives. How can we complicate traditional accounts of technology’s development? How do those accounts prefigure modes of engagement with, and through, technologies? In doing so, we want to contend with the ways in which future technologies are called forth and how the language in which they are thought affects how they materialize, from the slow violence of mineral extractions that figure in environmental effects and workers’ safety to the platform infrastructures of tomorrow. 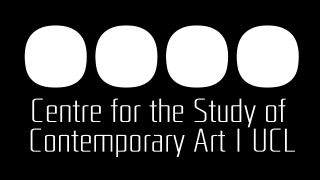