My research investigates how proletarian dance as a cultural form was produced by and reproduced the visual culture of labour in Depression era USA. Crucial to this investigation is the expansion of the sites of dance. I will argue that dance in the 1930s was not confined to the stage as a live performance but rather circulated through the pages of magazines like the New Theatre and the New Masses and newspapers like the New York Times and Dance Observer, in the exhibitions and film screenings of the Film and Photo League and in productions by the Theatre Union. By emphasising the inextricability of dance and media throughout the 1930s, I will challenge the perception of dances' separateness from photography and film by thinking through dance in relation to ideas of reproduction and circulation. By uncovering this forgotten interpretive and descriptive register for dance, I, in turn, aim to dispel the reliance on ideas of presence and authenticity in its writing. Instead, I will frame proletarian dance as shifting field for action and intervention. 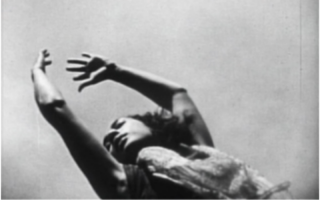