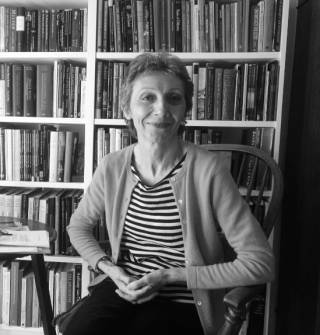 Diana Dethloff studied History and History of Art at Westfield College and University College, London. A specialist in seventeenth-century British art, especially portraiture of the second half of this period, her teaching also covers Elizabethan and early Stuart painting.

She has published on Restoration portraiture, especially the work of Peter Lely and his studio; on the development of the London art market and drawing practice in later seventeenth-century Britain.

She has contributed to a number of exhibition catalogues including Painted Ladies: Women at the Restoration Court (NPG/British Art Center, Yale, 2001); Van Dyck & Britain (Tate Britain, 2009) and Peter Lely: A Lyrical Vision (The Courtauld Institute Galleries, 2012).

She is currently collaborating with Catharine MacLeod of the NPG, London on a catalogue raisonné of Lely's paintings and drawings and a forthcoming Lely exhibition.

Diana was Honorary Editor of the Walpole Society Journal of British Art (1986-1992).

She is a member of the editorial board of the 'Art World in Britain' website; a member of the Collections and Research Advisory Committee of the National Museums, Greenwich (2015-2020), and is a Fellow of the Society of Antiquaries

Diana Dethloff specialises in seventeenth-century British painting, with a particular emphasis on Restoration court portraiture. She is particularly interested in drawing practices as part of studio production and the training of artists; the relationship between painters, printers and print publishers; the changing patterns of court and City patronage during this period and the development of the London art market post 1660.

In 2005 she was awarded, with Carol Gibson-Wood of the University of Victoria, Canada, a British Academy/Commonwealth Universities collaborative grant for research into picture and print consumption in London 1660-1720. This resulted in a network workshop at Queen's University, Toronto (2005), an article (Gibson-Wood, Art Bulletin, 2005) and a conference paper (Dethloff, National Portrait Gallery, London, 2005). In July 2007 she was a Fellow at the Paul Mellon Center for British Art, Yale University. Her current research is working (with Catharine Macleod of the National Portrait Gallery, London) towards a full catalogue raisonne of the portraits, subject pictures and drawings of Peter Lely (1618- 1680), Principal Painter at the Court of Charles II, to be published by the Paul Mellon Centre for British Art/Yale University Press. She has contributed to a number of exhibition catalogues on British art, including Van Dyck & Britain (Tate Britain, 2009) and most recently to 'Peter Lely; A Lyrical Vision' at The Courtauld Gallery, 2012. She is a member of the Editorial Board of 'The Art World in Britain' website and in September 2012 gave a joint keynote, with her colleague Charles Ford at the 'Histories of British Art' conference at York University, the final conference of the York/Tate Britain AHRC collaboration. In February 2015 she was elected a Fellow of the Society of Antiquaries. In 2017 Diana gave the keynote lecture at the National Gallery of Australia's conference on The Catalogue Raisonné and a guest lecture and research seminar at the University of Melbourne.